A newly-published report reveals details how senior, experienced Assistants in the United States Attorney’s Office in New Orleans committed intentional professional misconduct, one for at least five years. The revelation of their misconduct already caused the implosion of several high-profile investigations and cases in New Orleans. Thanks to the work of the New Orleans Advocate, its reporting, and the Advocate’s Freedom of Information Act demand, we have a heavily-redacted—but still shocking—150+ page report of the Department of Justice Office of Professional Responsibility [OPR] that OPR previously fought to hide.

Sal Perricone, only after a federal target—prominent New Orleans businessman Fred Heebe—filed suit against each of them, and a federal judge demanded it. Mr. Heebe’s suits exposed the prosecutors, providing evidence that they were publicly commenting on articles about their own cases and slandering him and others under multiple aliases on the Times Picayune website. Many of Mr. Perricone’s comments declared defendants “GUILTY!!!,” assailed and “disparaged federal and state judges,” defendants, federal personnel, and other public and private citizens. An avid web presence—his Facebook page features over 20 photos of his recent novel—Mr. Perricone alone posted over 2600 comments.

Ms. Mann was both First Assistant U.S. Attorney and chief of the criminal division. Her husband was also an Assistant United States Attorney [AUSA] in the same office. Not only did she post some 40 unethical and unlawful comments, she misled and lied to her superiors at all levels and to federal judges. Instead of disclosing her own violations, she ran clean-up after Mr. Perricone’s misconduct and defended his cases in court when she was blatantly guilty of the same offenses—a flagrant conflict of interest which she hid until she too was exposed in a suit by Mr. Heebe in November 2012.

Mr. Heebe’s suits and the public exposure were a bombshell that caused extreme aftershocks in the legal community. The omnipotent U.S. Attorney’s office was investigating some of New Orleans’ most prominent citizens in the “River Birch” case, and had convicted multiple police officers for alleged civil rights violations in the ���Danzinger Bridge” case. All were affected by the prosecutors’ misconduct, causing excoriation by a federal judge and the implosion of cases as evidence of the prosecutors’ lies and misconduct came to light.

Judge Kurt Engelhardt wrote a scathing order and was compelled to reverse the convictions of five New Orleans police officers in the Danzinger Bridge case because of the deceit and misconduct of Mr. Perricone and Ms. Mann. That order also requested an independent investigation by someone outside the Department. Instead, the Department assigned an AUSA from Georgia and OPR.

Unfortunately, we are going to have to wait a lot longer for all of the admissions and truth—if we ever get them. The Department of Justice heavily redacted the report, in part due to court orders, and not surprisingly, found insufficient wrongdoing by the former prosecutors to prosecute them. Also troubling is the fact that other Assistant United States Attorneys were suspicious of many of the postings and believed they came from within the office—even from Perricone—but they lacked the confidence to expose it, fearing that they would suffer retaliation.

Even with the redactions, the OPR report is stunning. It expressly concludes that First Assistant United States Attorney Jan Mann and AUSA Sal Perricone committed intentional professional misconduct in numerous cases. Specifically, the Department found that “Perricone committed intentional professional misconduct by publicly disseminating extrajudicial statements regarding active investigations and pending cases” in violation of federal regulations, the United States Attorneys’ Manual, the local criminal rules, and office policies. He violated Louisiana ethics rules “by making statements regarding the integrity or qualifications of judges or candidates for judicial office that he knew were false, or with reckless disregard as to the truth or falsity of the statements.”

The Department found Ms. Mann had committed the same offenses and even more. She “made misrepresentations to, or intentionally withheld material information from, Judge Kurt D. Engelhardt, Judge Hayden Head, Jr., U.S. Attorney Letten, the Executive Office for United States Attorneys, the Department’s Civil Rights Division, and OPR.” Indeed, the report found many of her claims “not credible” and “Mann’s dishonest conduct with respect to the courts was prejudicial to the administration of justice.”

The OPR report admits: “Without question, the postings by Perricone and Mann were inappropriate at best, and offensive, and even outrageous, at worst. The postings plainly constituted professional misconduct. . . .” In addition, Mann lied to her superiors and judges about her own conduct. Despite the fact she had engaged in the same offenses as Mr. Perricone and stopped posting the minute he was caught, she was wrongly and “heavily involved with almost every matter relating to Perricone’s nola.com postings including recusal decisions, internal administrative and criminal investigations, and responding to motions in pending litigation.”

limit for federal prosecutors. They knew the rules and deliberately disregarded them. Perricone, whose postings were full of invective and rage, admitted that he had become “jaded,” “cynical, sullen and irritable.” He had seen too much in his twenty-one years in the prosecutor’s office. It took a toll, and he was “burned out.”

Mr. Perricone and Ms. Mann both resigned their offices in disgrace—shortly after they were exposed by Mr. Heebe’s lawsuits, and they voluntarily surrendered their federal licenses (but not their state). Long-serving United States Attorney Jim Letten left the office also, as did James Mann. Mr. Letten and Mr. Mann were cleared in the OPR report. Perricone is now writing mystery novels.

The Louisiana Bar is still investigating both Ms. Mann and Mr. Perricone. Its task should not be too difficult in light of OPR’s findings of their violations of federal regulations, laws, and specific Louisiana rules of ethics—not to mention Judge Engelhardt’s order. Judge Engelhardt’s findings are much stronger than those of the Department.

What remains extremely troubling is, that once again, none of this outrageous misconduct would have ever been revealed if Mr. Heebe had not had the resources to hire especially talented defense counsel and a forensic linguist who identified the similarities in their writings and had the wherewithal to expose it. And, it may not have been the subject of an OPR investigation were it not for Judge Engelhardt’s determination, his extraordinary order, and the reversal of high-profile cases because of it.

Why do federal judges have to push so hard to get the truth out of our now ironically named “Department of Justice?” Who will prosecute the prosecutors? Why isn’t there an independent counsel to investigate the Department of Justice? And, yes DOJ, there is “an epidemic” of prosecutorial misconduct “abroad in the land,” apparently spread by an “idiot wind.” 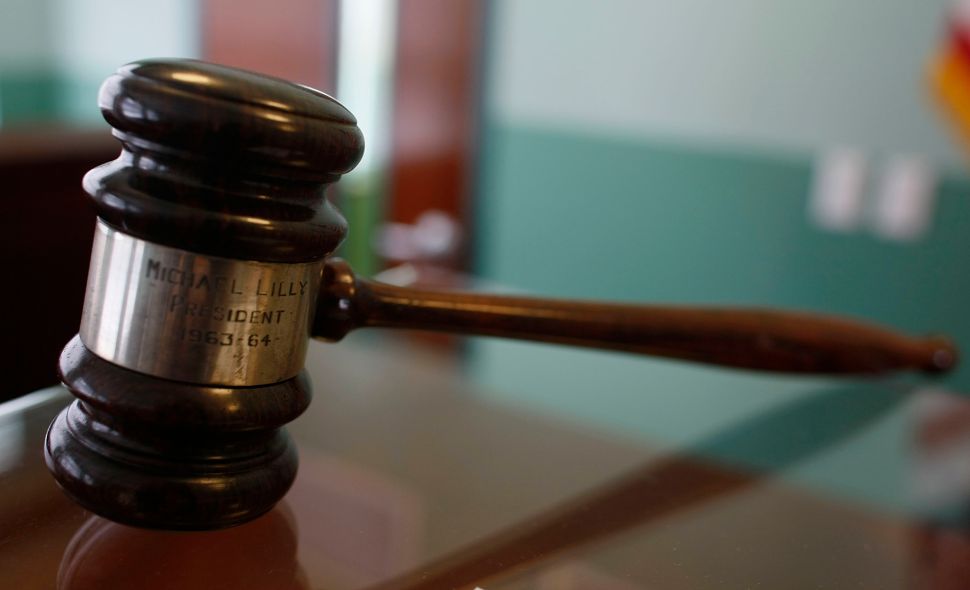