On April 15, New Jersey members of the Service Employees International Union (SEIU) will enthusiastically hit the streets and join our voices with community partners to call for $15 an hour and union rights.

The Fight for $15 campaign started a couple of years ago with a few dozen fast food workers in New York City and it’s now a growing national movement to raise wages and boost the economy supported by 2 million members of SEIU, including the SEIU New Jersey State Council.

Our school cafeteria workers, industrial laundry workers, airport workers, and healthcare workers, among others, will join with childcare workers, cab drivers, and community supporters who believe their words and actions can make a difference in improving the lives of all working families.

If you think this fair pay issue doesn’t affect you because you have a job and pay your bills without breaking much of a sweat, then I invite you to think again.

If you think repercussions from Fight for $15 will only affect the cashiers and cooks at McDonald’s and other low-wage workers, and not affect you, then I implore you to think again because you would be wrong. Very wrong.

According to a study published this week by the Berkeley Center for Labor Research and Education, “[n]early three-quarters of the people helped by programs geared to the poor are members of a family headed by a worker … As a result, taxpayers are providing not only support to the poor but also, in effect, a huge subsidy for employers of low-wage workers, from giants like McDonald’s and Walmart to mom-and-pop businesses.” (The New York Times, April 12, 2015).

The newspaper article quotes the report’s co-author Ken Jacobs: “This is a hidden cost of low-wage work.”  Indeed.

As a longtime labor activist who has fought for fair wages for workers for more than 30 years, I’m not surprised by studies and reports about income inequality.  I have seen workers go for years without raises while management get raises and bonuses large enough for down payments on cars and even homes.

But this latest study struck a chord because it spelled it out so clearly: “These programs provide vital support to millions of working families whose employers pay less than a liveable wage. At both the state and federal levels, more than half of total spending on the public assistance programs analyzed in this report—Medicaid/CHIP, TANF, EITC, and food stamps—goes to working families.”

The SEIU NJ State Council, which includes Workers United, Local 32BJ, 1199SEIU, CIR, and Local 617, has worked for years to raise the state’s minimum wage, and, in 2013, voters overwhelmingly approved a ballot question to raise it. The current rate is $8.38.

But folks can’t survive on that.

We joined this national fight started by fast food workers because we know that, together, we will improve lives.

And, yes, we know that McDonald’s recently announced it was raising the average pay to less than $10 an hour.  But not only isn’t that enough, it doesn’t even affect about 90 percent of the cooks and cashiers.

When I’m asked about the dire effects that the business community predicts if wages are set higher, I like to note that the sky hasn’t fallen.

And while I can now add the Berkeley Center report to my arsenal when I’m talking about income inequality, there is actually another way to address those who don’t quite understand the issue, or who refuse to make changes based on the cold, hard facts laid out in these detailed studies.

I ask them to have compassion for our fellow human beings.

Wilfredo Larancuent is President of SEIU New Jersey State Council, which represents 40,000 members across the state who work in four major service industries. He is Co-Manager of the Laundry, Distribution and Food Service Joint Board, Workers United. 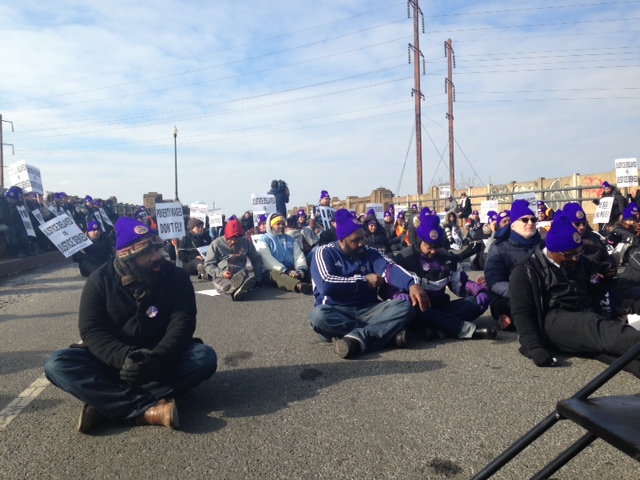