The Observer has been reporting on a secret meeting scheduled by taxi kingpin Evgeny “Gene” Freidman to meet with bankers who finance the buying of medallions that enable yellow cabs to pick up street hails. The business is under assault from Uber and other ride-sharing apps, which Mr. Freidman accuse of skirting the voluminous regulations that he and other medallion owners are forced to follow.

The secret meeting, as first reported by the Observer, was closed to the press with an undisclosed guest list, was scheduled for this morning at the University Club. One high-profile guest was to be Ydanis Rodriguez, the chair of New York City Council Transportation Committee, who has been a loyal ally of the traditional taxi business.

The plan for this morning’s meeting was thrown into doubt with the revelation, also first reported by the Observer, that Attorney General Eric Schneiderman would be announcing a lawsuit this very morning against Mr. Freidman. The lawsuit accuses Mr. Freidman of failing to live up to terms of a 2013 settlement reached with the AG’s office and of continuing to shortchange drivers, particularly those who collect fares via credit cards.

Some speculated that the meeting would be delayed or canceled in light of the lawsuit. Would Mr. Freidman have the chutzpah to get up in front of bankers to ask for assistance on the very day the state’s highest law enforcement officer was accusing him of wrongdoing? And if he did, would any bankers attend? Would they be joined by Councilman Rodriguez, who some have accused of being in the pocket of the medallion owners (who happen to be generous campaign donors), despite a whisper campaign that his presence might violate the state’s Open Meetings Law?

The Observer can now report that the answer to all three questions is a loud “yes.”

The meeting is occurring right now, as we post this. It has been moved from the University Club because of concerns about infiltrators once the New York Post printed the planned location.

Two sources have confirmed to the Observer, which has once again agreed not to disclose the upscale Manhattan venue while the meeting remains in progress, some of the broad outlines of the meeting.

It was attended by approximately 100 people who were offered entrees of salmon or beef. The room included other taxi moguls including Simon “Taxi King” Garber, CEO of Yellow Cab SLS Jet Management Corp, who was the subject of a story in the Observer last summer when he too was hit by a large fine by the Attorney General (he also took his pants off). The room was “packed” with bankers, whose eyebrows were raised by Mr. Freidman’s speech, a hint of which can be gleaned from its title: “I am pissed.”

“No one is taking my medallions,” thundered the Russian émigré, whose 900-plus medallions have shrunk in value from a peak of over $1 billion but are still worth plenty. “I am expanding, and am at full capacity.”

What Mr. Rodriguez said was perhaps even more controversial. One attendee characterized his remarks as “he absolutely said he supports a bailout. He also supports restitution to be paid to medallion owners.”

This is strong language and the idea that medallion owners worth nine figures will be eligible for public assistance will surely get some tongues wagging. A New York Times story earlier this month seemed to cast doubt on the mogul’s contention that he was, as the paper stated in its headline, “Too Big Too Fail.”

According to Ronn Torossian, a spokesman for Mr. Freidman, the taxi mogul “is a New York entrepreneur and used to difficulties and barriers. He is appreciative that City Council member Rodriguez attended the meeting, and reassured the bankers that local government will stand with the medallion owners. Government cannot watch app technology companies operate with impunity and not take action.”

And if the city council or the mayor do come to the aid of an industry that has put not only tens of thousands into their campaign coffers, but many millions into the city’s treasury via medallion sales, don’t expect the ride-sharing apps to go quietly into the night. Matt Wing, an Uber spokesman, told the Observer, “Medallion millionaire Gene Friedman is acting like the Wolf of Wall Street– and now he wants to stick New Yorkers with the bill.”

Still, even amid an unending series of nimbler, less-regulated competitors, it’d be a mistake to count out Mr. Freidman too soon. Anyone who can stuff a hundred banker types into a room with a prominent city councilman on the same day a fresh lawsuit by the Attorney General hits is someone not to be lightly dismissed. 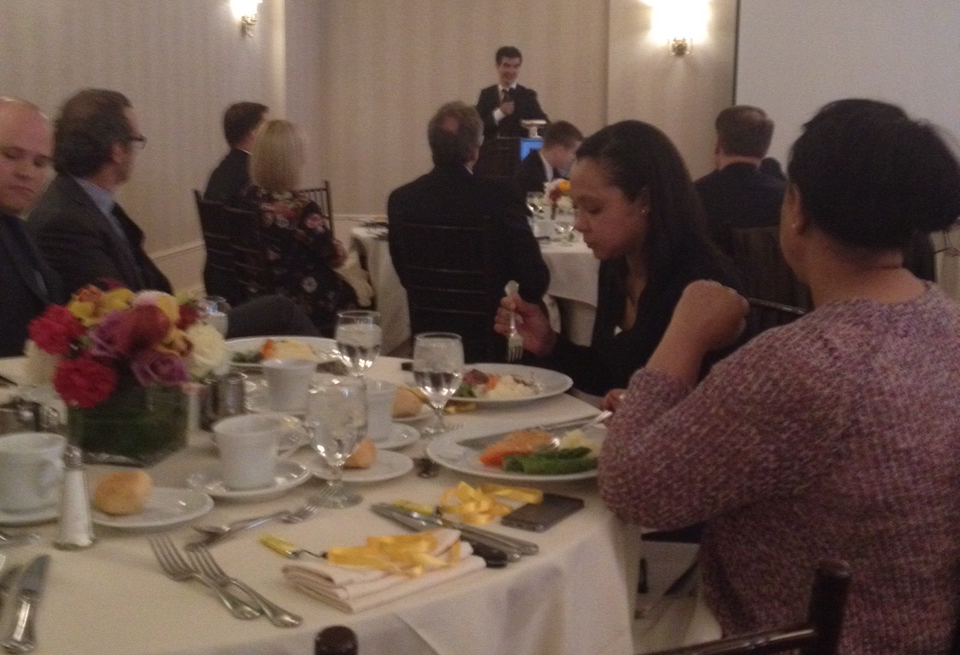