On a recent afternoon I was in a lesser emporium, one of those places shivering in fluorescent lights and low expectations. Honestly, I don’t remember the exact location: TJ Maxx, an H&M, perhaps a Starbucks. Music was filling the store at a low but pervasive volume.

I didn’t recognize the song being played. It was a (largely) instrumental piece featuring two guitarists joylessly wanking over a swab of synth pads and expertly recorded cymbal washes.

It was gruesome, it was obligatory, it was without any motivation other than it had decided it would exist, it was like a third nipple sprouting suddenly on a man’s body. The guitarists sounded like they did not know why they were doing what they were doing, other than that someone had sent a car for them. They played like two college students who were absent-mindedly breaking up ramen noodles and throwing them into a pot of that they were too impatient to wait to boil. They sounded like straight men doing gay porn. They played like two people who had dropped a bottle of prescription drugs on the floor of a public bathroom and were now scrambling under stalls trying to collect the capsules, even though they had long ago forgotten why they were taking the medication.

At some point the song devolved into some faux-hip-hop beat fuckery, abetted by pseudo-gospel vocals that sounded like they were being sung by people who had spent a great deal of time filling out union forms.

It was music that would move no one, even the people who desperately pretended to be moved by it. It was tasteless music, both in so much as it left no taste and it had no point of view; nor was there any evident source for its creation—no emotional source, no evocative source, and no inspiration, be it envy, energy, lust, or a desire to recreate a dream or nightmare. It existed only because it had been made.

I Shazam’d the thing and found that it had been on an album that had won Grammy of the Year in 1999. Dear fucking God. It was by Santana and Eric Clapton and it was titled “The Calling.”

Now, Santana, I’ve liked his tone, I like the whisper of vibrato he uses, I like the genuine warmth that seems to radiate from the fretboard and the way you can hear the gentle but persuasive heat of his amp; but as for Clapton, I’m not sure he’s ever played anything someone else couldn’t have played better (anyone who has listened to 88 seconds of Peter Green can testify to that), and the best part of his most famous song, “Layla,” is that gorgeous piano segue and I’m pretty sure that part was written by that guy who killed his mother.

It is such a gift, bloody and beautiful and ethereal and visceral, to be able to make music (much less release it). And this track was such an abuse of this grace, this privilege. And on the exact day I heard this abomination, I was asked to write this column for the Observer, in which I would take a second look at all these things we take for granted, all the albums we might have missed, all of the musical atrocities that we have accepted with minimal protest.

The guitar is such a beautiful, functional, utile tool. It is both utterly primitive (a reasonable version can be made from a cigar box and some wire or rubber bands) and an object of artisanal craftsmanship. It is also no better than the man or woman filling it with spirit.

This instrument has been made to spark, sigh and start fires; it has bought us much original, renewing, atom-age joy, from the honking buzz of Willie Kizart on “Rocket 88” to the Congo Square-via-Stone Age foam of Bo Diddley to the trucker-speed singe of Link Wray to the stutter and slobber of Dave Davies to the endless autobahn wah-wah of Michael Rother to the spastic shuffle-drive of Wilko Johnson to the motorized-metronome of Johnny Ramone to the Milky Way noise of Glenn Branca to the staggering, echoing beauty of Vini Riley [Ed: The Durutti Column is criminally under-heard!] to the planetarium swamp of Michael Brooke (and so very, very many more). Goddamn, the guitar is a beautiful instrument; it can say so much and conjure such feeling.

And this made me recognize that there was no harm in shining a fiercely subjective flashlight on some of the things we take for granted, or blowing some dust off a record or eight we have overlooked. Why not try to both challenge the frauds that hide under rock and roll’s umbrella and celebrate art that truly achieves originality and transcendence?

Ever since Buddy Bolden first rattled the walls of the Eagle Saloon, the weird animal that became, was, and will be rock and roll has been kept alive by Question, Reinvention, and Imperfection. Again and again, greatness has been achieved by summoning dumb angels from heaven; beautifully restating the obvious; and being courageous enough to musically paint two eyes on one side of a face. That’s true whether you’re Wynonie Harris or Wire.

So hand me that flashlight. And take that goddamn Clapton/Santana song off the radio. 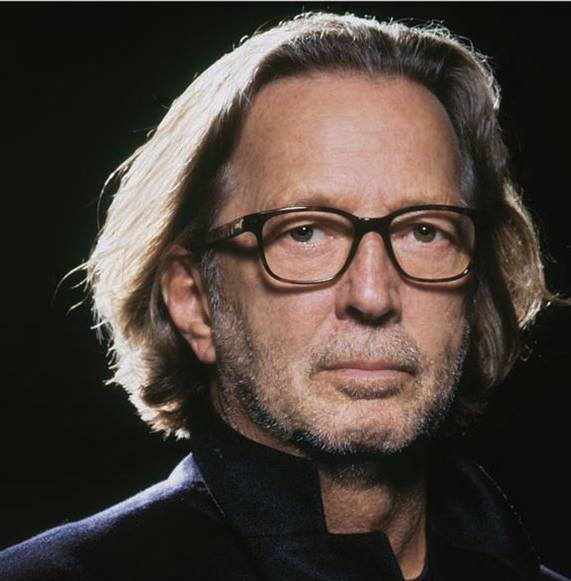