In anticipation of the re-staging of Chanel’s Paris-Salzburg collection in New York, the fashion house’s fairy godfather took to the high seas on Monday night. Karl Lagerfeld filled a boat with every it-girl known to man including Cara Delevingne, Gigi Hadid, Katy Perry, Kendall Jenner and many many more. However, one guest stood out from the rest: Lagerfeld’s mini-muse, Hudson Kroenig. As the son of long-time Chanel frontman, Brad Kroenig, Hudson has been privy to more than a few perks thanks to the Kaiser Karl, who he counts as his Godfather, and Monday was no exception.

He started off arriving on the arm of Karl and V Magazine‘s Stephen Gan.

He then took his seat for dinner alongside Cara Delevingne…

…and later played tricks on the supermodel.

She retaliated with a few tricks of her own, while Hudson’s daddy, Brad Kroenig, was busy sharing a cigar with Katy Perry.

He cut in and stole a kiss from Katy….

…then finished off the evening dancing the night away with tunes provided by none other than Paris Hilton on the 1 & 2s.

He then rested up and took to the runway last night at The Park Avenue Armory, sporting this dark alpine look from the Paris-Salzburg collection. 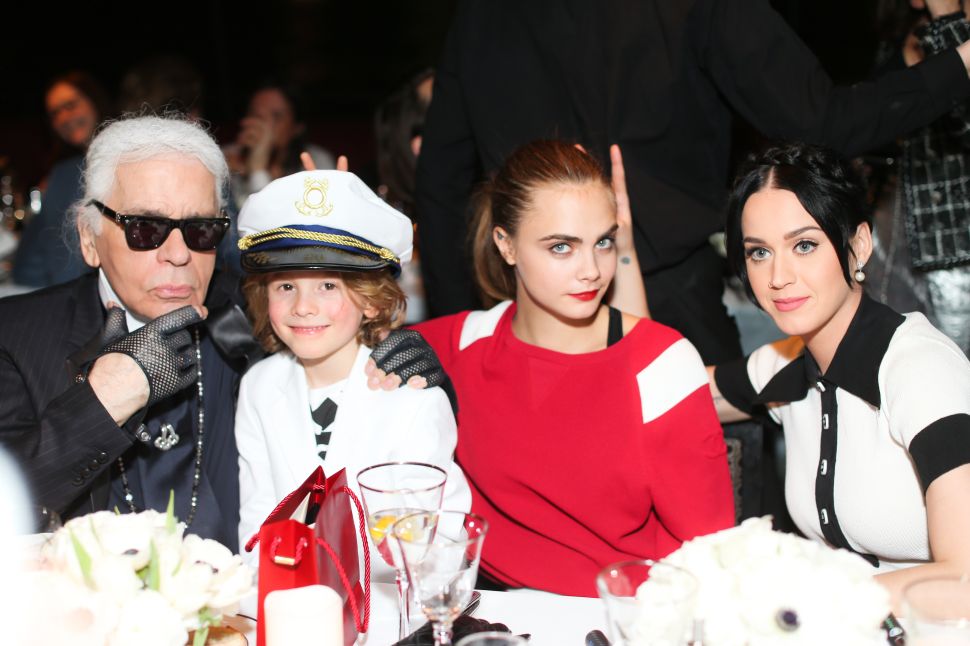