Charles Owen Prince III, the former chairman and CEO of Citigroup, who acquired an unfortunate bit of ignominy in 2007—not long before leaving the firm—when he likened Citi’s leveraged lending practices amid an uncertain credit market to a kind of high-stakes game of musical chairs: “When the music stops, in terms of liquidity, things will be complicated,” Mr. Prince told the Financial Times. “But as long as the music is playing, you’ve got to get up and dance. We’re still dancing.” He apparently felt that a more restrained approach to business might cause Citi to lose both valuable clients and employees, but, as the Times noted, a few months later, “Citi took a $1.5 billion write down tied to its leverage loan portfolio. Most of the bankers that did those deals are no longer employed at the firm.”

Fortunately for Mr. Prince, despite leaving the bank in an inglorious blaze—having presided “over the evaporation of roughly $64 billion in market value”—he did so with a $68 million exit package. And he and his wife, Margaret Wolff, a lawyer, have just sold their three-bedroom co-op at 550 Park Avenue for $5.8 million, according to city records. Less fortunately, buyers failed to step lively to the tune originally supplied in 2013 by a listing with Corcoran, which sought $2 million more than the sale price. Edith and Katharine Tuckerman, of Brown Harris Stevens, had more luck.

Situated on the fifth floor of an early 20th century building designed by J.E.R. Carpenter, the apartment is currently configured with a double master bedroom, but can, with building approval, be realigned to accommodate four full beds. A handsome library, from which, with any luck, the sellers will be removing a zebra-print rug, sports dark wooden built-ins, while ceilings are uniformly high, windows reliably large. Guests are no-doubt impressed to enter via private elevator, and likely further gratified by a massive living/dining space with north-facing windows looking onto the Colony Club. The buyers were Glenn Gumpel, the CEO for USJ Co., Ltd., the operator of Universal Studios Japan, and his wife, Merrily. 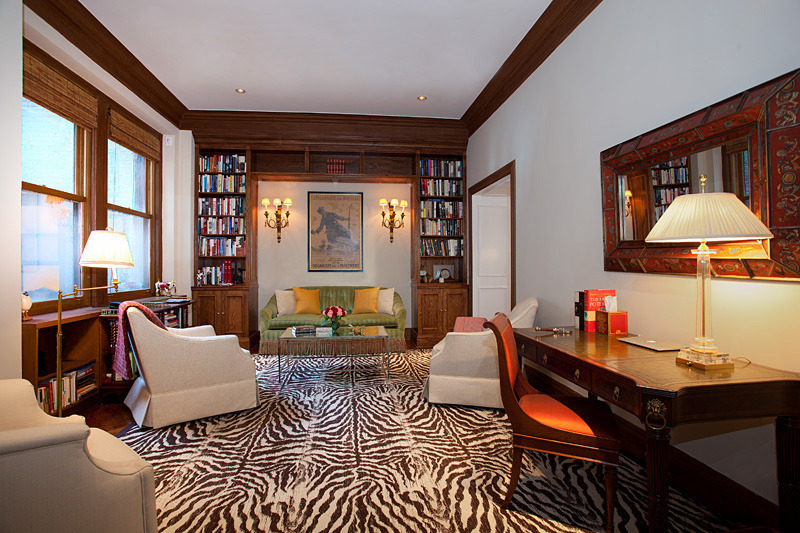