When the Lower East Side’s Mission Chinese Food restaurant was closed down—twice—by the Health Department there was especial cringing in the art world. Mission Chinese had manned a pop-up at the Frieze art fair in 2013 and then, after closing due to mice infestation, was back for the 2014 Fair.

There’s a new list of eateries this May, but fear not! Frieze New York’s restaurant line up is full of both old favorites and newcomers—all with A ratings according to the New York Department of Health’s inspections.

How are pop-up restaurants regulated? The laws are murky. Pop-up restaurants aren’t specifically covered in New York regulation yet. Traditional restaurants in New York must follow an assortment of regulations, inspections and labor laws. A catering license may allow a chef to cook food in one place and serve it in another, but the permit still requires an approved, inspected kitchen.

Dimes is bringing its California-inspired dishes for the first time. Some of the highlights include the restaurant’s popular quinoa bowls and chia pudding. Dimes is for those craving a lighter fare compared to Frankie Spuntino’s hearty Italian dishes. Frankies Spuntino will also be in attendance with a full-service restaurant and an wine list packed with small producers from around the globe.

Parlor Coffee Roasters’ founder Dillon Edwards, a newcomer to Frieze New York, recently traveled to Africa and East Asia tasting new types of coffee to bring over. Many of his new picks will be available at during Frieze.

Among the oldies-but-goodies, Roberta’s is back for its fourth consecutive year with a selection of brand new recipes to accompany its exceptional pizzas. Also back is NeueHouse, which will be bringing chef Chris Bradley—of Untitled and Gramercy Tavern fame—in tow to host a restaurant and bar in the VIP Room, complete with an outdoor patio and a grab-and-go ordering option.

For the more informal visitor, Court Street Grocers is back with its sandwiches and salads. A pit-stop at Milk Bar right after for one of its cookies or Crack Pies may make for the perfect quick dessert.

Frieze New York will run from May 14 to the 17 in Randall’s Island Park. Tickets are available for purchase online. 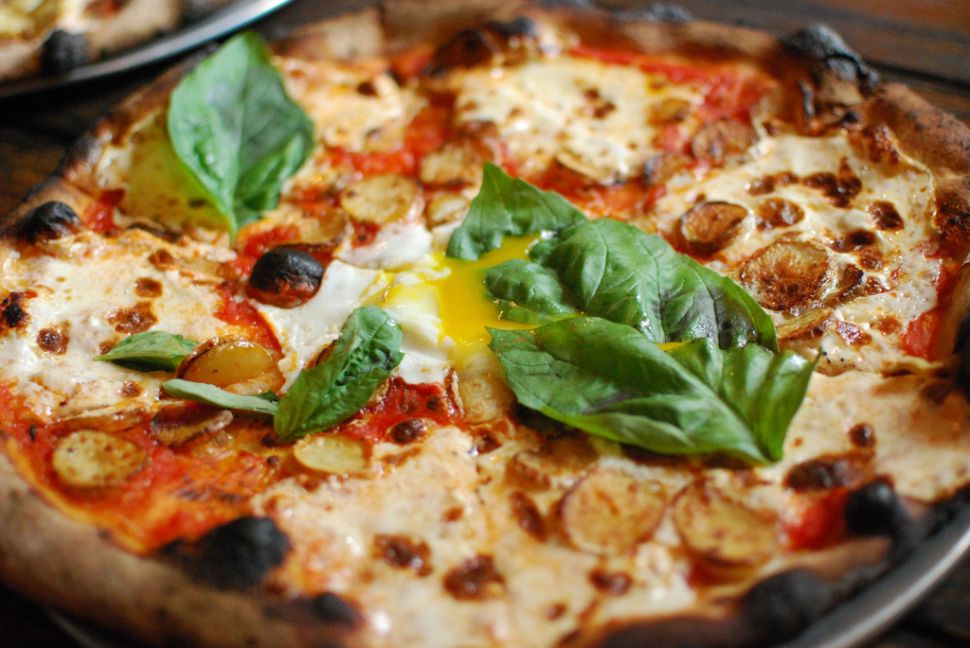