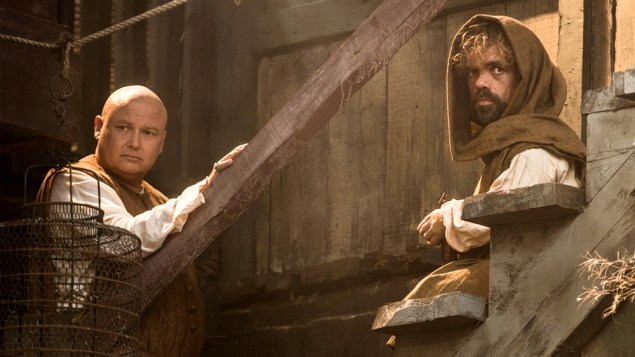 Drew: First off: these recaps need to be subtitled: “WE BOTH READ THE BOOKS, CALM DOWN”

Vinnie: Can they be sub-subtitled “BUT VINNIE KIND OF DOESN’T REMEMBER MUCH?” Seriously. I turned to my friend the other day and tried to start a conversation about the time in Dance with Dragons when Bran has this big speech about the trials of puberty. That’s not a #bookspoiler. That just didn’t happen. But, I will do my best to keep up.

Drew: I used to think Game of Thrones moved too fast…even a fan like me couldn’t always remember what old, bearded white dude had betrayed the non-crazy/evil/anemic Targaryan. (AND I READ THE BOOKS!) But this episode did SOOO much narrative recapping. It feels very out of place on this show to have a character turn to another and essentially be like “Remind me why I’m important?”

Tyrion, babe, you just ARE.

Vinnie: I genuinely can’t tell if I was super annoyed with the pace of this episode or I have to…respect it? A lot of shows, well, most shows use their season premieres as a chance to say we’re back, motherfuckers. Think Breaking Bad season four with the box cutter. This episode just seemed like a chance to say “Uh, hey, we’re back and, uh, we’re just gonna’ keep on going, is that cool?” Yeah, there were awesome, fist-pump worthy individual moments like DRAGON JUMP SCARE and TYRION EPIC BEARD VOMIT and MANCE RAYDER FLAMING TARGET PRACTICE, but as a whole it was just like, Game of Thrones doing Game of Thrones and the audience is still like ¯\_(ツ)_/¯ at least there’s some cool ass dragons.

Drew: But let’s take a step back: Cersei is straight nostaligizing about the one time she had a female friend. Considering that her idea of a good time was “witch heckling,” I’m not surprised that bestie didn’t stick around. Though, weirdly, the witch’s prediction about her children dying (which was just…a good guess? Everyone’s children die! Everyone dies! Eventually!) has nothing to do with her current status of her dad being murdered by her brother. Where was THAT prediction, swamp witch? That would be straight Macbeth-style impressive if she had been like “the brother you aren’t going to have sex with will kill your dad.”

Vinnie: My favorite part of that the flashback is that Cersei’s hair has literally not changed at all since she was like nine. It looks exactly the same. I like to think she doesn’t have to cut or style it or anything she just keeps it that way through sheer force of will and a diet consisting of strictly red wine.

Drew: What do we think of the return of Cersei’s cousin, who has just returned from the (quarter quell?) Westeros version of Sea Org. (Get it because he looks like Peeta from The Hunger Games?)

“I’m sure he’ll grow out of it…whatever it is.” (I read the book version of The Hunger Games too!) He’s really into his new religion, which is technically an OLD religion, right? It’s not the hot (PUNZ) , trendy “burning people alive” religion, this was the one with the 7 different people. Caitlyn Stark was a fan, but her husband worshiped this guy: 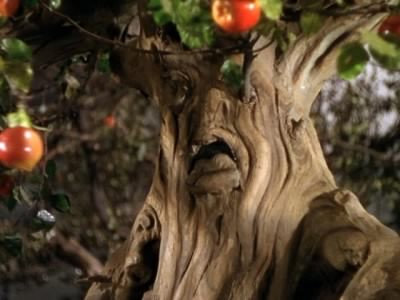 Vinnie: Ah, yes, the Old Gods of FAO Schwarz, I think they’re called? But Lancel, Lancel, Lancel. You poor thing you think a quick shave and a prayer are going to erase a whole lot of regicide by boar and a WHOLE lot of incest? I went to Catholic school for 12 years and that is NOT…wait that kind of is how it works. Good for you, Lancel!

I hope we eventually find out that Lancel only repented after being kept in a bunker for a year, and the High Sparrow is played by Jon Hamm. Because Lancel is strong as hell.

Drew: I’m starting to realize that by the end of the show, the credits will be a globe.

Vinnie: Really? I just assumed it would evolve into something like this with the word Carmen Sandiego replaced with Tyrion Lannister.

Drew: When did everyone stop being stoic and start being bitchy?? Waah waaah daddy was mean. Waaah waah daddy is dead. Waaah waaaah my children are dead. Waah my home has burned and I’m not a virgin. Sansa and Littlefinger are now the worlds worst couple besides the Underwoods. Loved their twenty minute trust fall exercise that we got to witness in real time. ARE WE THERE YET?

Vinnie: How funny is it that Brienne is always just randomly this close to the Stark girls she is looking for and it either doesn’t work out or she doesn’t notice? I hope this is a running joke this season that culminates in a Scooby Doo style chase though a hallway filled with doors.

Drew: You know who has to put up with a LOT? Loras. Fucking Loras. That dude has been through a lot and NEVER complains.

Vinnie: Not the least of which is that everyone on this show gets to have sex and the second he gets some random castle boy into his bed his sister interrupts to tell him they’re late for dinner. And then she sits down and starts making sketchy ass comments about Cersei, making them equally as late for dinner . It was never about the dinner was it Margery??

Related: over/under on the amount of think pieces on the fact that there was more male nudity this episode than female?

Drew: Yo the Spider is straight real talking this episode. “You have many admirable qualities self pity isn’t one of them.” Thank you! Tyrion needed that slap in the face. “Any fool can find himself born into power, but earning it for yourself, that takes work.” I know the Spider is after peace in the realm but maybe he can also be Westeros’ Oprah?

Drew: I fucking love that Tyrion is basically me in HS. “Can I drink myself to death on the way to Mereen?”

Vinnie: Lord Robin trying to swing a sword was me in high school. Did you know I was on the football team? “He tackles like a girl with palsy,” my coaches would often say.

Soooo, wait, is the theme of this season so far that Daenerys sucks and everything she does sucks and also she’s the worst? While her whole army is getting killed by masked men in cuddle brothels she’s up in bed with the (SO BORING-LY ACTED) Daario like “controlling an entire civilization of liberated slaves is like, SO HARD.” Really how much can we watch a parent come home and say to her kids “work was toough today” and the kids are like “cool mom can you unchain us from the basement now???”And then they breathe fire. Wait, no, actually I could probably watch a lot of that.

Drew: That’s so good to hear because I heard a rumor that if Game of Thrones fails to show an increase in its breasts-per-scene ratio, we’re moving the Free Cities to its own hour on ABC Family: “Dany and her Dragons.” And her tagline can be either “Not the Mamma (of the Unsullied)!” Or “YASSSS BAE!”

Vinnie: Episode One: The Battle of Blackwater Bae.

Honestly, though, what I took away most from this thing was that I went through about 17 different emotions when that Unsullied was just tryna’ cuddle. Oh, and poor Mance, too, I guess. 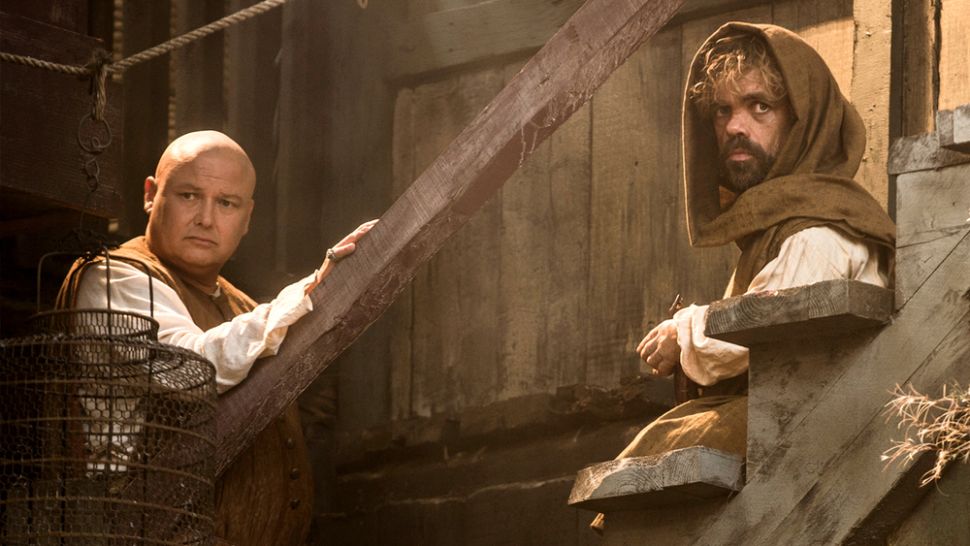