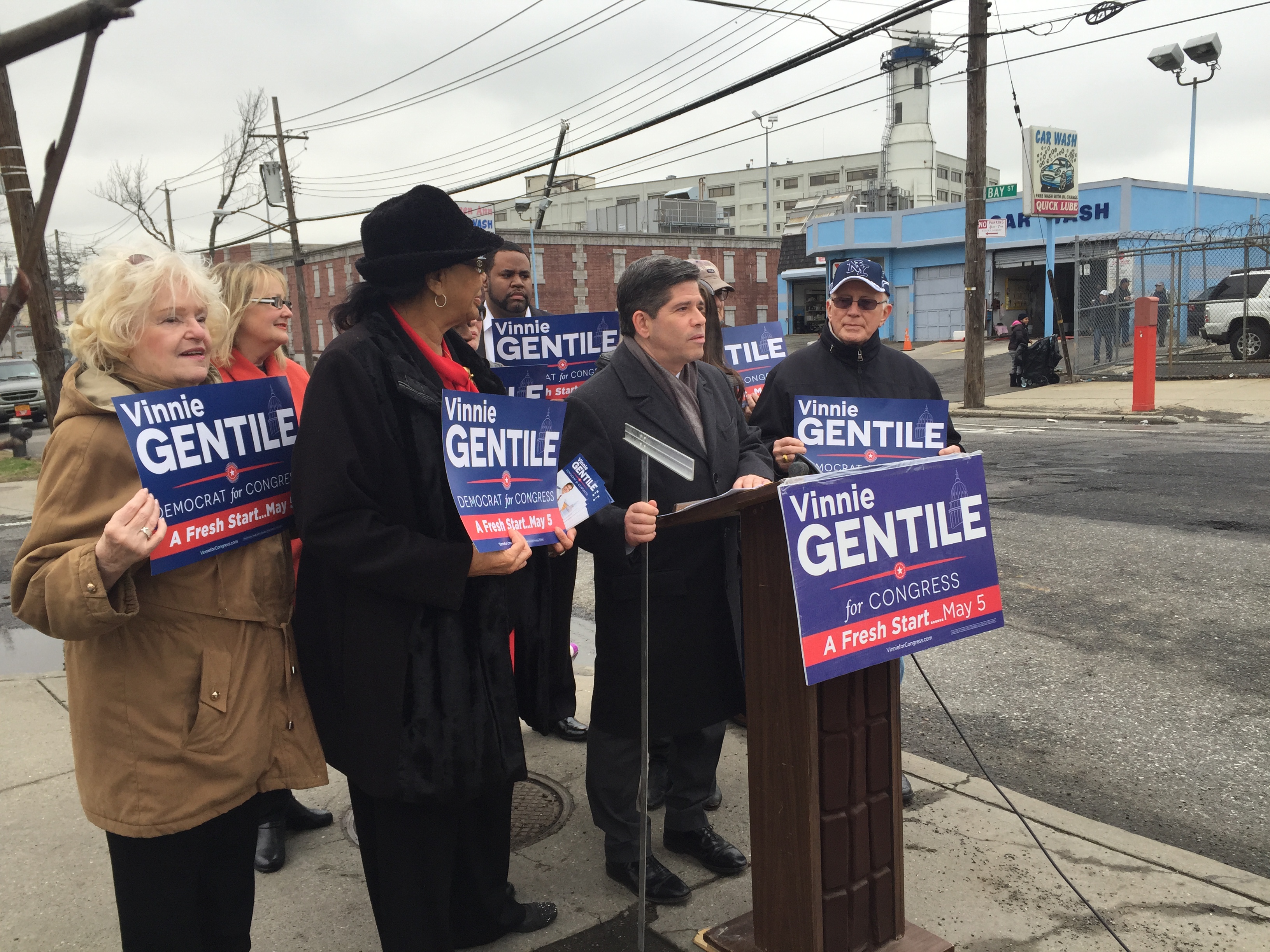 There are a lot of potholes on Staten Island—they are big and jagged and the enemies of tires and rims and mufflers across the borough, and griping about them is something of a local pastime.

But the monster pothole Councilman Vincent Gentile, a Democratic congressional hopeful, had picked to illustrate a press conference this morning calling for more federal highway funding had been filled overnight, leaving him holding a yardstick in search of a political visual.

“So, the use of this yard stick will not be necessary,” he said after noting the Department of Transportation had beat him to the pothole. “But I think we all get the picture of the condition of our roads.”

Standing on the side of busy Bay Street in Rosebank, Mr. Gentile said if elected he’d support the bipartisan Infrastructure 2.0 Act, which proposes what he called a “one-time” 8.75 percent tax on the overseas profits of U.S. multinational corporations that its sponsors say would yield $120 billion for the federal Highway Trust Fund—enough funding for six years of normal operation and a new $50 billion infrastructure fund.

“Absent any congressional action, the Highway Trust Fund is scheduled to run out of money at the end of next month, May 31, and we just can’t let that happen,” Mr. Gentile said, after echoing earlier criticism about the budget passed by House Republicans that would slash transportation funding for New York City.

Money for the fund has historically come from the national gas tax—but increasing that tax is dead in the water with many House Republicans. Today Mayor Bill de Blasio and Senator Charles Schumer also called for the fund to be not just renewed, but boosted.

Mr. Gentile said the Infrastructure 2.0 Act would, without hiking the gas tax, “literally and figuratively help rebuild America,” and the $50 billion fund it would create would be dedicated to new projects.

“Well you know what? Here on Staten Island we have a couple of new projects we wanna try out,” he said, citing proposals for a West Shore light rail, ferry service to the South Shore, and the raising of the Bayonne Bridge—though that last project is already well-underway.

And of course, that perennial local politics issue, the potholes.

“There could even be money in this fund for new innovative proposals that better pave our streets, and boy do we need it, like new rubberized asphalt,” he said.

In addition to fixing the highway trust fund, the legislation, introduced by Maryland Democrat Congressman John Delaney, is also aimed at reforming international tax law. The proposed 8.75 percent tax rate on money stored overseas, which would be collected through a “deemed repatriation” provision that would make the tax applicable to the money, is considerably lower than the 35 percent corporate tax rate that many are escaping by storing money elsewhere.

And it may amount to more than a “one-time tax,” as Mr. Gentile put it. The legislation includes an 18-month deadline for Congress to find a long-term solution to reforming the tax overseas profits, and if one is absent, it would call for those multinational corporations to be subject to a 12.25 percent tax on the cash going forward.

Mr. Gentile, whose Council seat covers several Brooklyn neighborhoods that are in the congressional district—which also spans all of Staten Island—is running against Republican Staten Island District Attorney Daniel Donovan to fill the seat vacated by former Congressman Michael Grimm after his felony plea. The special election will be held May 5. 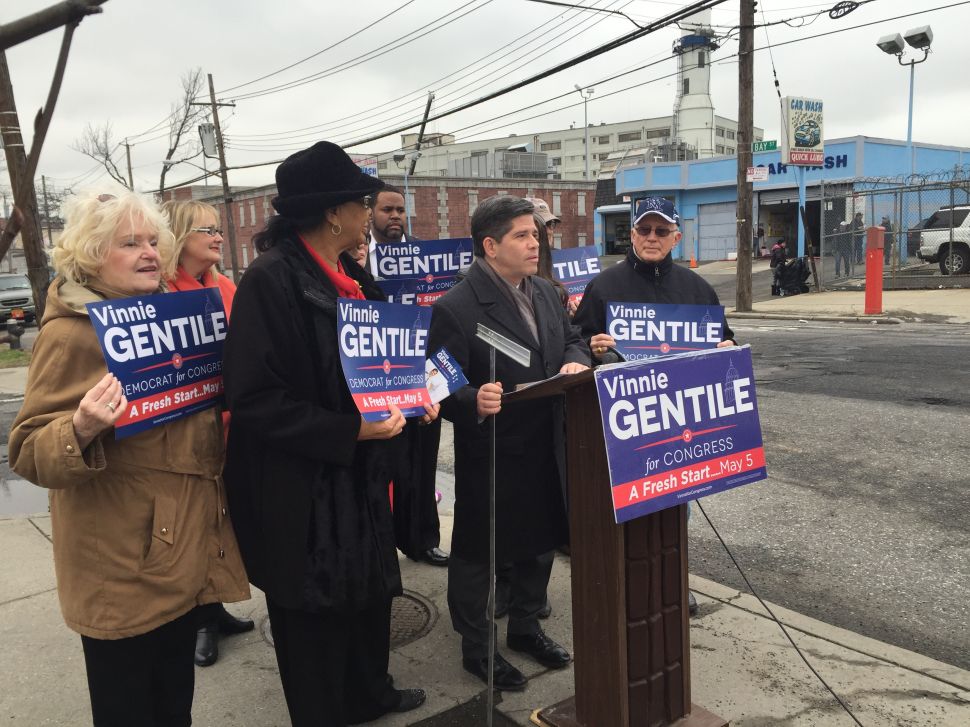