Even though I do it ALL THE TIME, I really shouldn’t get upset when Gotham messes up some Batman history, because there is 75 years of it, and a lot of it doesn’t even make much sense. So, that’s acceptable. What’s not acceptable is when Gotham forgets its own history, and it does this often.

Take, for example, in this very episode when Bruce Wayne says “It’s a charity ball, Alfred. I’ll be fine.” Yeah, Alfred, what could happen at a charity ball in Gotham City besides a deranged scientist pumping poison into the air ducts? That’s never happened.

It’s like Gotham forgets its own rules week to week, and nobody suffers from this more than Barbara Kean. Is she a devoted housewife? A mixed-up drug addict? A lost daughter returning to her parents? Because now she’s this super suave socialite that brings men back to her apartment just to drop some “I’m trouble, baby. You don’t want no part of this” bullshit on them.

At least she’s doing something, I suppose, and I actually don’t hate it? It figures, that all it took to make Barbara interesting was dangle the possibility that she’d be murdered horribly in front of my face.

Speaking of horrible faces, damn Peter Petrelli. That face is like, Heroes Season Four messed up. 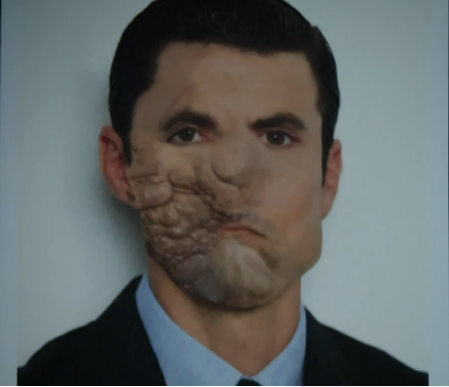 Turns out that handsome bastard out there wining dining and knife-murdering young Gotham women is just mad because his face used to look like Two-Face’s uglier cousin. Jim finds this out, but not before bungling his way through things for an hour. I swear his middle name should be bungle. No, his full name should just be Detective Bungle Assbackwards. Falling randomly into clues is Jim and Harvey’s only method of detective work.

Speaking of Harvey, why is everyone so focused on how much Jim’s loved ones are in danger? Harvey is part of the case, too. He’s got to have…someone the Ogre could go after? A distant cousin? That old partner from episode six? It’s just funny that everyone is like “Jim you’re crazy for taking this case on. Be more like Harvey with his zero fucking friends, the loser.”

Actually, the one smart move Jim made was calling this serial killer of twelve years out on the news. God, I get that he goes after your loved ones but there are ways of preventing that, especially when the only two people you care about in the city are your doctor girlfriend of four months or your ex-fiance who, let’s be honest, you do not care about that much at this point. This guy is not a ghost, he’s just a regular dude who used to have a half-cooked hamburger for a face.

Yeesh. Thank goodness we didn’t get any updates from Fish Mooney’s Wacky Island Adventures. Still have my fingers crossed that she was lying about being able to fly a helicopter and she ends up in the Atlantic. I will allow you one “Fish belong in the ocean” joke, Gotham. You’ve earned that much.

As always, let’s run down every reference, fact, and nugget of Bat-history brought up in episode twenty,”Under the Knife.” 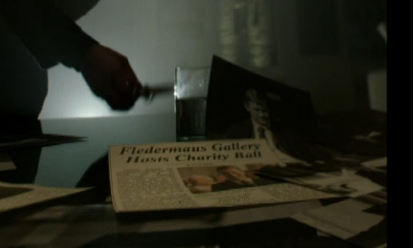 So according to some random Gotham City newspapers the Wayne Enterprises Ball is hosted by the Fledermaus Gallery. Now, for those not caught up on your basic German, Fledermaus is German for…Bat. 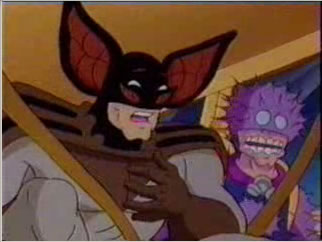 Full Circle: I really like to think The Tick’s Die Fledermaus is sponsoring the Wayne Charity Ball.

“There’s a line, AND I WILL NEVER CROSS IT”

To be fair, that’s OLD Batman, who had a lot less rules about casually murdering thugs. So you’ll be fine, little Bruce. Just, whatever you do, do not take relationship advice from Frank Miller, because he will make you have costumed sex next to a drug-dealer dead body bonfire. 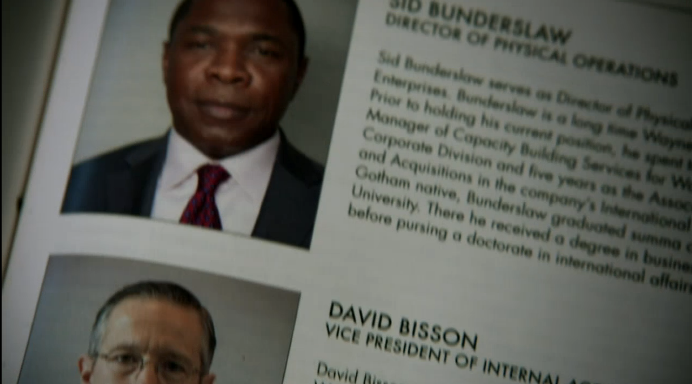 One day David Bisson, Vice President of Internal-Something at Wayne Enterprises, will grow up and become an assistant production coordinator on Gotham. And isn’t that the most evil position of them all? 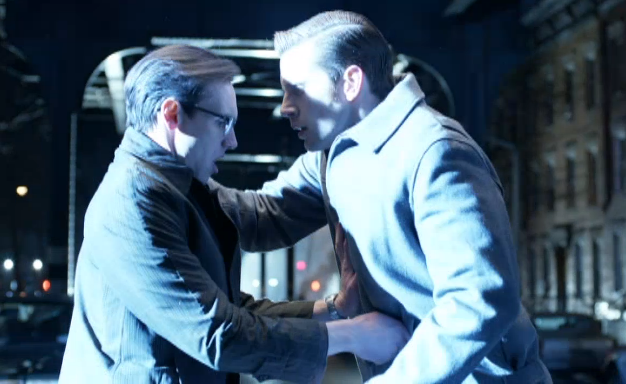 Finally, Edward Nygma made his first step toward a life of crime by stabbing a caricature of an abusive asshole in the stomach, to defend the honor of a woman who may or may not be Santa Claus’ daughter.

And it was…kind of great? This is quite possibly the only thing Gotham has ever taken its time on. And even when it pulled the trigger, it wasn’t forced, it wasn’t ham-fisted, and THANK GOODNESS it didn’t involve riddles. I was almost expecting him to be like “what’s small and pointy and stabbing you it’s this knife!” Sometimes it’s okay for super villains to find out they don’t really mind murder, and maybe they ALSO love riddles. They can take their time with these things. Sometimes stabbing someone repeatedly and yelling OH DEAR is enough.

I’ll admit, I got real nervous when just before that guy died in Ed’s arms, he whimpered “Riddle Man?” I 1000% expected Ed to reply “Actually, IT’S THE RIDDLER” for absolutely no reason. 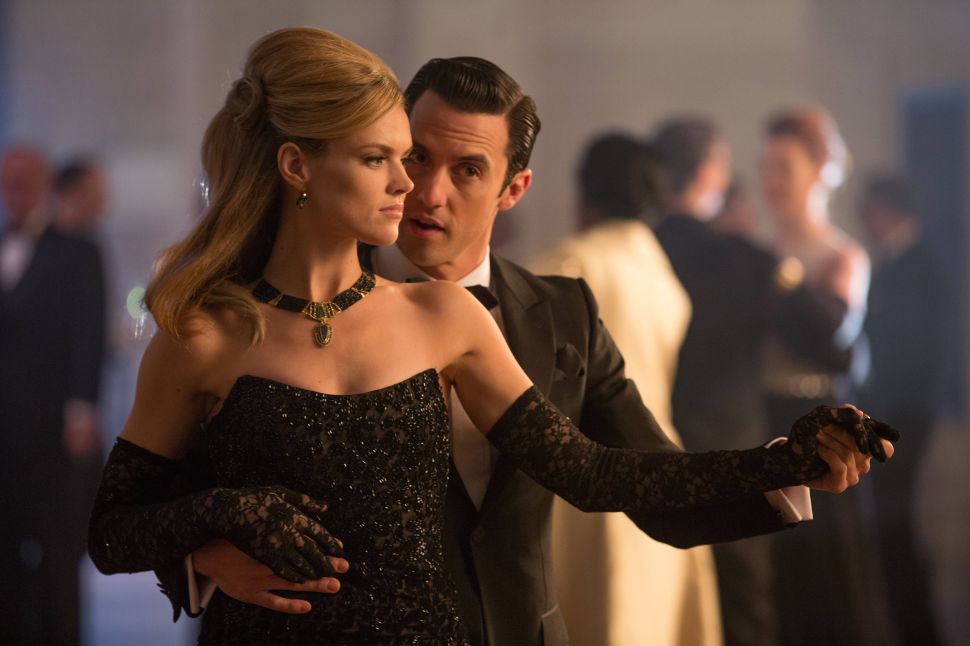