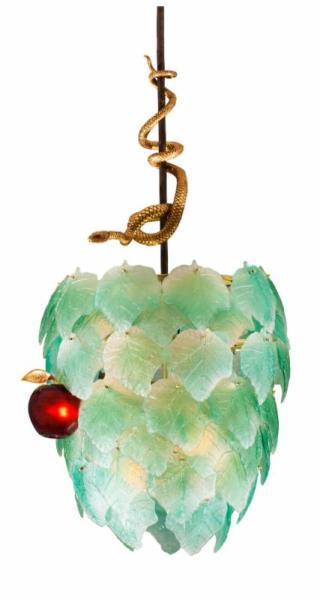 Daum-Haviland this week celebrated the arrival in store of new additions, produced in collaboration with sought-after interior designer Martyn Lawrence Bullard. The TV star, known for the LA reality show that tracks his business of renovating some of Hollywood’s most fabulous homes, has designed a range of flatware and glass pieces for the celebrated French homeware brand.

Pictured above is the Eden chandelier. Inspired by the story of the Garden of Eden of course, the limited edition pate de cristal fixture, unlike it’s name’s sake, thankfully comes with or without the snake. “The Eden chandelier is a crystal homage to the ‘original sin’, the beautiful tree, the tempting red apple and the persuasive serpent” Mr. Bullard explained, “Wildly decorative and deeply sexy, it radiates the most intoxicating glow for the pale hued crystal leaves and glorious ruby red apple.” 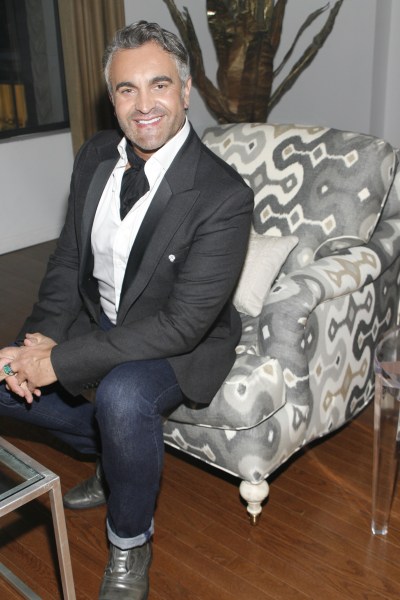 A long time fan of the brand, before Mr. Bullard signed up for the crystal and Hollywood flatware collaboration, Daum invited him to dig beneath their surface.  “I have always loved this company but it wasn’t until I visited the factory that I really understood the depth of craftsmanship involved in their processes,”  the designer said. “Each piece of flatware is hand-painted … As a teenager, I got  a stall at Greenwich Market (a reknowned British flea market) and with the first cash I earned from the first day, I bought a Daum vase, which I still own.” 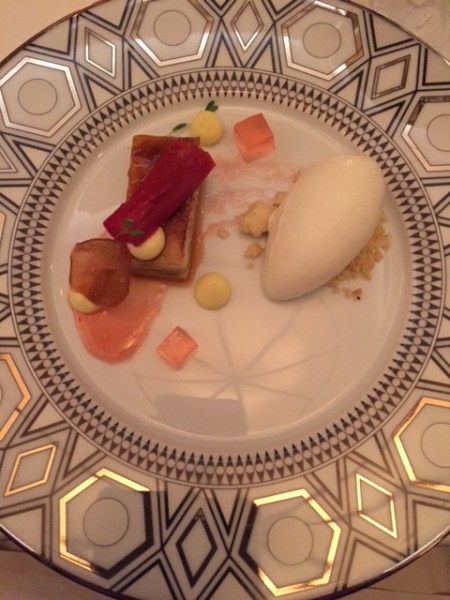 The Hollywood flatware features geometric patterns inspired by imagery from the 1920s, particularly the Egyptian theme which featured heavily in fashion and decor after the 1917 movie, Cleopatra, starring Theda Bara. “The hexagon is actually taken from the shape of a manhole cover I saw on a Hollywood street”  Mr. Bullard explained. “It’s a shape I associate with Hollywood”.  The decorative pattern “Can be layered with white pieces, or used all together” added the designer. When asked if this is special occasion flatware he replied that, yes, it would be perfect for use on the finest occasion, “However, above all it should be used, I don’t believe in keeping things only for special occasions, if you have something beautiful in your home, use it!” 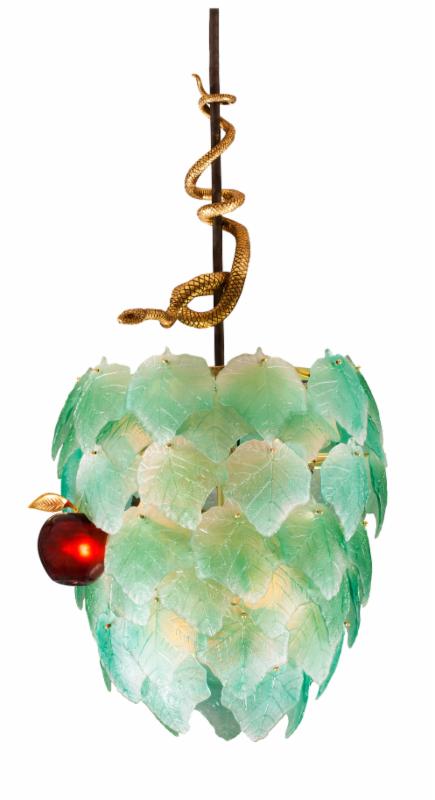