I visited Germany for the first time when I was 20. The rock band I belonged to, Green, was playing the festival circuit. One of our stops was Dortmund for an anti-fascism rally. There was a banner with a fist smashing through a swastika and as I peered out at the crowd of progressives and peaceniks, I couldn’t help but wonder about the awful interactions between my ancestors and theirs.

After the shows, everyone wanted to speak to us and everyone spoke English. I’d ask everyone I met about nazism and fascism and “How could this have happened in this civilized place?” (I know, dingbat question, but I was 20.) It was 1989, the Berlin Wall still stood—we had to pass through Soviet checkpoints to drive through East Germany to West Berlin.

Someone told me to check out the novels of Günter Grass, the German social critic who was the moral conscience of his country’s post-war era. I bought a couple of his books but I couldn’t bring myself to read them. Not on that trip—I was having too much fun and enjoying a country that I found very beautiful and have visited several times since.

I didn’t think much about him, even when he won the Nobel prize in 1999, until about ten years ago. Grass confessed that he had been not just a conscripted flunky in the nazi apparatus, but a full-fledged member of the Waffen-SS, the elite unit that imagined and then carried out some of the most horrific crimes in human history. He had already told the Times a few years earlier, “I belonged to the Hitler Youth, and I believed in its aims up to the end of the war.” But Hitler Youth, despite its psycho name, was nothing compared to the Waffen-SS, literally boy scouts. The Waffen-SS were the exterminators.

When Grass came clean, many believed that his well-lived life in the 60 years that had elapsed somehow erased the moral stain on his soul. That was all so long ago. And he had done as much as anyone to hold a mirror to the German character and force a nation to examine how it had let the great sin of the 20th Century occur. Hadn’t he done enough good to undo the bad that his 17-year-old self had surely undertaken?

I don’t think so.

You can’t unring that bell. Look at his signature in Jill Krementz’s perfect photo above. This was signed after Grass had allowed the SS part of his “narrative” to emerge on his own terms. That is not the humble signature of a ruined man. There at the New York Public Library with Norman Mailer at the end of their generation’s greatest days, it is the signature of someone with a very grand idea about his place among the elites. For the rest of his days, up until he finally died today at 87, Grass was still delighting people with his alliterative curlicues.

It is what it is. But I choose not to reward him with forgetfulness. Rewarding Grass by cleansing the memory is rewarding someone who is good at keeping secrets. What was needed when he was 17 were far fewer souls willing to keep quiet as evil gathered in their midst. 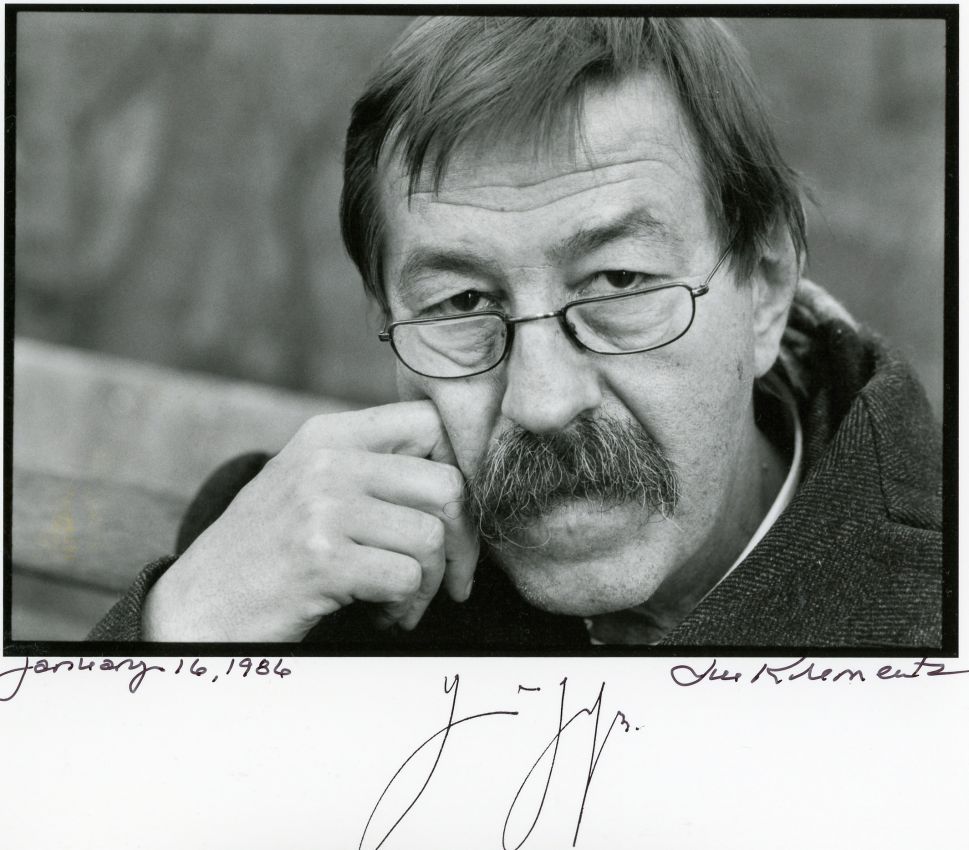