“That’s a very good question,” Robert Goldberg, who owns the shop with his brother, Randi, said this afternoon by phone. “Off the top of my head, I don’t recall why that took place.”

Harry’s has had two separate stores since 2006, when the kids’ shop was opened. The flagship store, on the corner of 83rd Street and Broadway, was renovated two and a half years ago, and the sign was changed. But Mr. Goldberg doesn’t remember why they dropped the possessive punctuation mark. “The person who made the call at the time has passed,” he said.

Still, some have their own theories. “What I think we would call an each-way bet,” John Richards, the chairman of the U.K.-based Apostrophe Protection Society, speculated via email. “In London the last time I visited, a well known street was Gray’s Inn Road at one end and Grays Inn Road at the other. The attitude, I guess, is that one of them is bound to be right.”

Harry’s is not the only store to have dropped its apostrophe. Far from it. In 1931, for instance, Wegmans went plural as opposed to possessive. In 1981, Barneys did the same in order to streamline its image. Waterstones, the British book retailer, did so three years ago (“an example of stupidity and ignorance,” Mr. Richards huffed. “Their sign now indicates only that there are lots of Waterstones.”).

Some stores that should have apostrophes have remained unapostrophized since their inception, like Tim Hortons, the coffee and doughnut conglomerate named after the professional hockey player who died in a car crash in 1974.

“They operate in Canada, which has two official languages,” said James Kellaris, a professor of signage and visual marketing at the University of Cincinnati. “French does not use an apostrophe to indicate possession. Hence, to be compliant with Canadian law, a bi-lingual sign would have to display the store name twice if an apostrophe were to appear.”

According to Alexander Chernev, a professor of marketing at the Kellogg School of Management at Northwestern University, the web is partly responsible for the disappearance of apostrophes, which don’t register in a URL. (That is, in the end, why Waterstones abandoned the mark.) “There’s this tendency of companies having a name that corresponds to their domain name,” he said. “The idea is, how can we move the consumer from the concept or the word or the brand name that they have in their mind to doing something online.”

Perhaps as a result, hyphens, too, are disappearing, as in the case of Walmart, which dropped its dash in 1992, switched to a star, and then abandoned that in 2008. AT&T went lower case in 2005.

But apostrophes, particularly, are in peril. They have been vanishing not only from company names and signage but from United States place names, too—as Barry Newman observed in a 2013 Wall Street Journal article—due to the government’s apostrophe eradication policy. “An apostrophe, the argument goes, implies private ownership of a public place,” Mr. Newman wrote.

For grammar guardians, this news is vexing. It creates inconsistency in the world of words and flouts the rules of language. But for all the thought that goes into something as seemingly inconsequential as removing an apostrophe, it’s debatable how much it affects perception.

“I’m not sure that people notice it that much,” Mr. Chernev said. 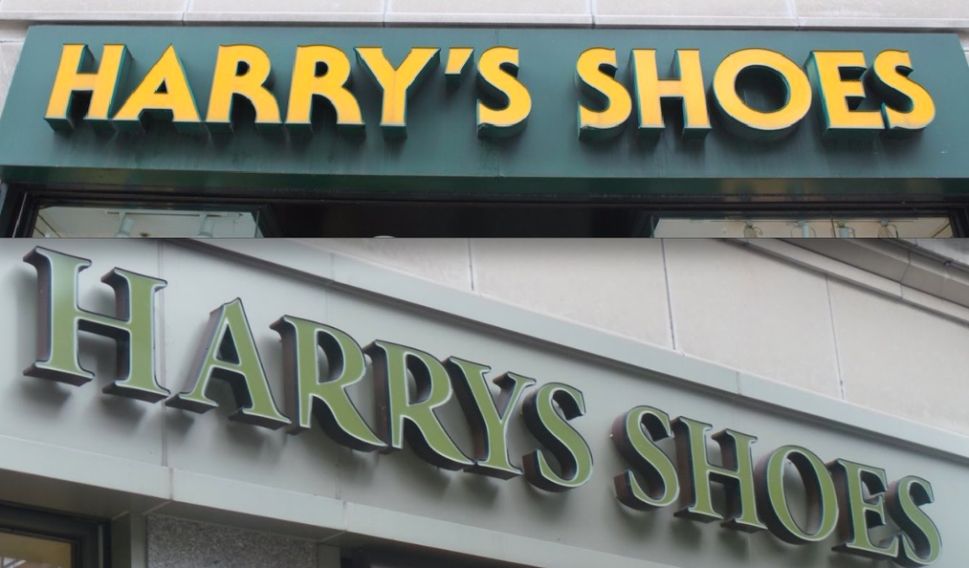