AH!!! AH!!!! AHHH! This is literally blowing my mind right now, and I’m not even stoned. (OR AM I?) High Maintenance, one of our favorite web shows of all time, has been purchased by HBO, which will be producing new episodes! For actual television?

This is especially exciting for me, as co-creator Ben Sinclair is now the second Oberlin classmate (besides Lena Dunham) who has gotten his own HBO series. HAHA, NO BIGGIE. I’M STILL DOING OKAY, RELATIVELY! Sinclair and his wife/co-conspirator Katja Blichfeld, started the series on Vimeo after shopping the concept of a New York pot delivery bike messenger to several networks, including FX, who eventually passed on the project. Last November, Mr. Sinclair told us, perhaps in an IRL spoiler, that the show “Wasn’t TV, It’s Art!” Which is very close to HBO’s own motto!

Press release below. Seriously, this is better than that Cheeba Chew I had for breakfast. Oh, wait…

CO-CREATED AND WRITTEN BY KATJA BLICHFELD AND BEN SINCLAIR,

LOS ANGELES, April 20, 2015 – The hit web comedy series HIGH MAINTENANCE is coming to HBO with six new episodes, it was announced today by Michael Lombardo, president, HBO Programming. Following a Brooklyn pot dealer who delivers to clients with neuroses as diverse as the city, the show is created and written by the married duo of Katja Blichfeld (Emmy®-winning casting director of “30 Rock”) and Ben Sinclair (“Sisters” and “Big C”), and executive produced by Katja Blichfeld, Russell Gregory and Ben Sinclair.

“HIGH MAINTENANCE has proven to be one of today’s most highly-acclaimed online comedies,” noted Lombardo. “We are thrilled to bring this sophisticated and clever series to our HBO audience.”

“We have been growing this show organically for three years now, and we are elated to bring it into full maturity at HBO, the gold-standard of both online and televised entertainment,” said Blichfeld and Sinclair.

HIGH MAINTENANCE stars Ben Sinclair as “The Guy,” a friendly pot dealer whose clients include an eccentric group of characters, revealing the dynamics of their lives. From the unexpected and offbeat to the predictable and mundane, the witty series provides a glimpse into the daily routines of the customers and how they light things up.

The web series earned Blichfeld and Sinclair a WGA award for their episode “Rachel” and has been hailed as “wryly funny” by Entertainment Weekly, “fantastic and gemlike” by Time and “luxurious and twisty and humane” by the New Yorker. Featuring a wide array of New York artists from theater, TV and film, previous guests on the show have included Hannibal Buress (“Broad City”) and Dan Stevens (“Downton Abbey”).

In addition to presenting new episodes, HBO will also make the previous 19 episodes, which originally debuted on Vimeo, available later this year on HBO, HBO NOW and HBO GO. 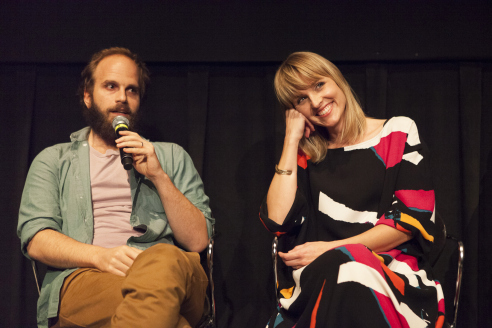