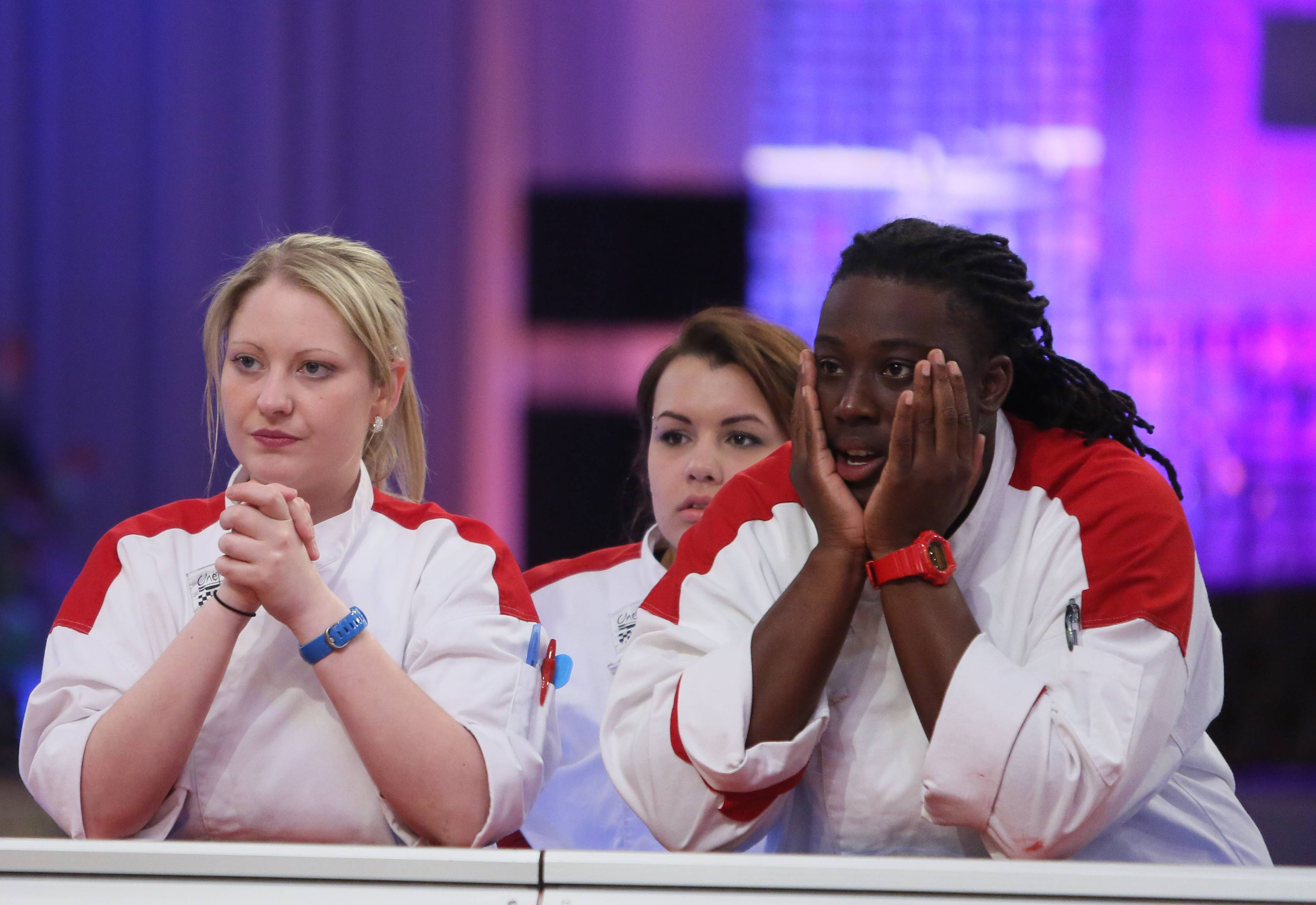 Remember last week when one of the contestants got sent home early because he threw his back out from taking a dump too hard? Good times.

This week, our chefs enter the kitchen only to come eyeball to beady eyeball with a menagerie of exotic animals, including rats, which we’re told are used by the Vietnamese to make soup, and tarantulas, which are eaten deep fried in Cambodia. It’s a celebration of the global delicacies that emerge from a long tradition of desperate poverty. Ramsay also trots out a terrarium of rattlesnakes, and, ever the prankster, pulls the old “now where did that snake go?” chestnut before scaring the bejeezus out of the contestants with a sackful of rubber wrigglers dropped from the ceiling. Naturally, this is all flashy leadup to a cooking challenge that involves precisely none of the exotic ingredients on display.

Instead, the contestants are tasked with preparing a dish that incorporates other challenging but but certainly not uncommon proteins. Alligator, wild boar and elk are all on the menu. This week’s guest judges are Jon Shook and Vinny Dotolo of Animal restaurant in Los Angeles, which is known for its nose-to-tail menu full of various organ meats, marrows and cartilages. The contestants do their best with the unfamiliar products, but don’t seem quite prepared for the criticism. Shook and Dotolo pull no punches, deeming the contestants’ dishes “amateurish,” “flat,” “muddled,” “bland,” and “I wouldn’t sop up that sauce with Guy Fieri’s beard.” (Fine, I made the last one up, though Shook does inform Randy that his ostrich burger “really looks like crap.”) Surprisingly, the burger is a hit, securing the guys the win and earning them a day at the spa, which the men all love, except for our friend Randy, who is terrified at the prospect of having his face touched. Meanwhile, the women are left behind to clean the kitchen, because I guess the producers are out of ideas for interesting penalties.

Well, okay, not entirely. For lunch, the women are served a variety of smoothies made from the same proteins the chefs cooked with in the earlier challenge. Their attempts to choke down ostrich shakes and alligator parfaits are chronicled in another delightful montage of grown adults gagging, spitting and vomiting. Because, you know, this is a food show. It’s enough to make me long for the days when a chef got sent home for taking a dump too hard. Sorry, but I really haven’t been able to stop thinking about that.

With the cast down to manageable size, Chef Ramsay takes the opportunity to sit down with each of the contestants one-on-one. He waits, perched in his fake office taking fake notes as the chefs arrive, and spouts variations on the same advice to all of them. “Step up,” he tells one. “Be a leader,” he tells another. “Step up and be a leader,” he probably said to a third. A few of the chefs are overwhelmed to the point of tears, including T, who we learn has a daughter she hopes to honor through her cooking. It’s a touching moment, at least until Ramsay makes all the chefs rank their teammates according to their ability, then gleefully identifies the member of each team who is perceived to suck the most.

There is no dinner service tonight. Apparently, the booker with the Rolodex of C-list celebrity agents was on vacation. Instead, Ramsay declares a cook-off between Randy and Christine, who are called out as the weakest chefs of the bunch. The competitors get to work preparing three dishes from the Hell’s Kitchen menu while their teammates barely summon the energy to cheer them on. Meghan might as well be filing her nails and yawning in Christine’s face, so pronounced is her disinterest. When it’s all over, Teflon Randy is somehow miraculously still standing, and Christine, who by this point seems to have lost interest in the whole competition, hits the road. Bad news for Josh, who is running out of blondes to flirt with. If the promo for next week’s episode is to be believed, he takes out his frustration by getting into a screaming match with Nick, while T does something unspeakable to a bunch of snotty high school kids. Don’t quote me on this, but I think someone also makes risotto. 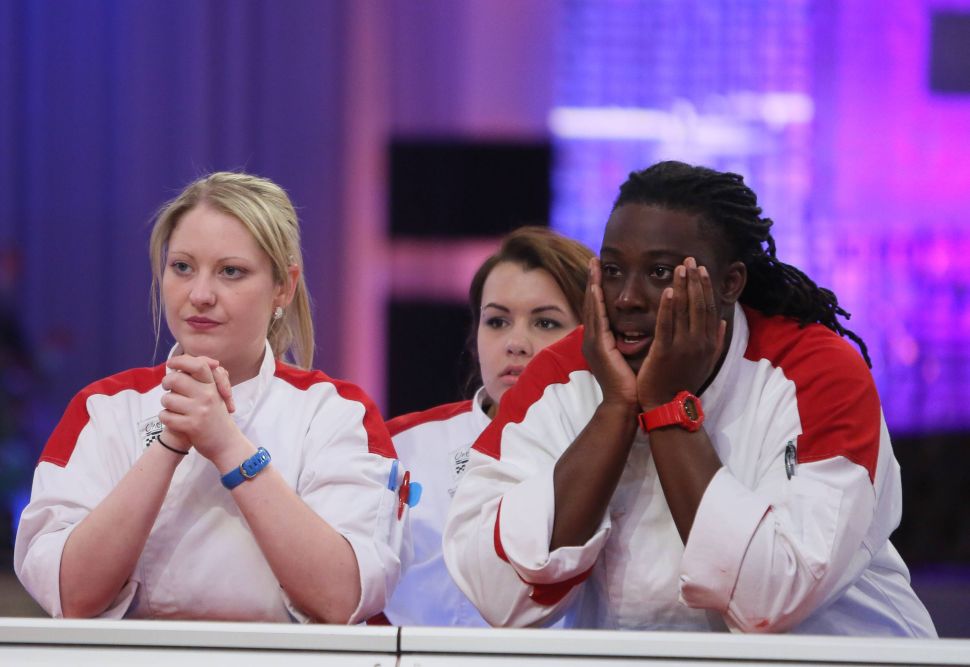