Sir Mark Lyall Grant, who will soon wrap up a five-year stint as Great Britain’s chief representative to the United Nations, can be downright undiplomatic. He once told CBS News that New York was “an ugly city in many ways.” Given the chance to revise his intemperate remarks in his office overlooking the U.N., Sir Mark doubled down: “The infrastructure in New York, the quality of the roads is poor and at ground level it’s not a beautiful city in the way that Paris or even London are beautiful cities,” he said with a slight grin. But the veteran ambassador snapped back into diplomatic mode, praising the city’s vibrancy, even its smell, turning a potentially frank exchange into a constructive conversation.

Who taught you restraint? Experience teaches you restraint. When you’re young and a diplomat you are very keen and enthusiastic and you’re rushing out and doing things and you rely very much on senior members of the mission or your bosses in London to hold it back. And on occasion that’s happened in my career when I’ve gone too far.

You now have one of the top jobs in the foreign office. How has diplomacy changed since you started your career? In the 1980s I would have said that the media was an asset, I am no longer sure that that is the case. Certainly, as far the U.K. is concerned, the media used to have such a strong reputation of being fearless and bold and independent. I’m not sure, [given] so many scandals around the media, that is still the case. The second aspect is the 24-hour news cycle has fundamentally changed the way policy is formulated and not for the better. You are under pressure to make policy on the hoof.

Boxers are famous for refraining from sexual activity before a big bout. Do you have pre-negotiation rituals? The best preparation for a big negotiation is to know the facts and be better informed than anyone else in the room.

If you ran the United Nations, what step would you take to reform the body? There is a premise in the question that the Secretary General can change things fundamentally. One shouldn’t forget that the United Nations is an organization of member states. And as the secretary general himself sometimes complains he is more secretary than general and certain members states want that situation to continue—not my country. You need to reform the organization internally; it has still got some extraordinary practices, which very few other organizations in the world operate by. It is still an organization where the employee owns the job rather than the organization. There is very little performance management. And the member states have too much authority over the micro-management of the organization.

There must be times when a despot lectures the U.N. How do you not get frustrated and shake your head? Do you actually think about your facial gestures? If you know the cameras are on you, of course you have to be aware of your facial expressions and sometimes you have to be very poker-faced and just look completely calm however outrageous the situation is. But, at other times, reacting to it is also not necessarily a bad thing so the people realize you are disgusted. You can use that to good effect in negotiations sometimes.

When was the last time you got a chill at the U.N.? When the Libyan ambassador publicly defected essentially during a Security Council meeting. People were crying and hugging each other and it was quite an emotional moment because here was a guy who three days before had been defending Qaddafi and saying that he was a childhood friend and he thought he was a good man and three days later he was saying publicly [Qaddafi] had gone down the wrong track and that you need to stop him. And that was a very brave personal thing to do, and it had a massive impact on the decisions then taken on Libya.

You married a diplomat. Do you slip into diplomacy mode during domestic arguments? You can’t divorce entirely your diplomatic techniques from your private life, so I guess we both do. 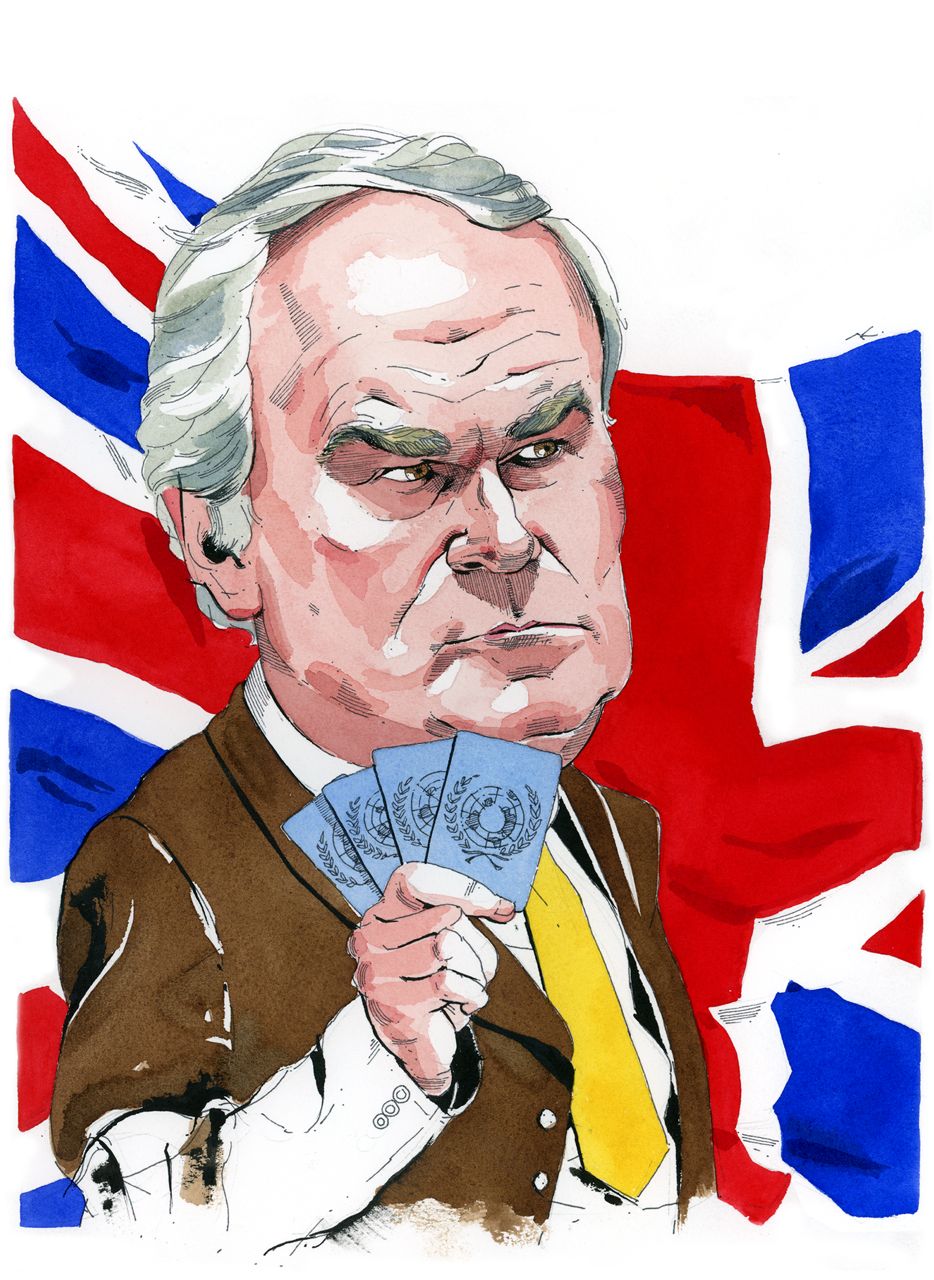