I should have seen it coming.

Dialing idiosyncratic chanteuse Nellie McKay’s number on, of all days, April 1, could have only begun as it did.

“This isn’t Nellie,” intoned a rough voice from the other end, albeit one scarcely able to conceal its giggles.

“This is her uncle.”

At that point, Ms. McKay dissolved into gleeful laughter (“Oh, I’m only fooling you!”) and my slowly rising panic—maybe I had misdialed, and wait, did she say died?—began to subside.

That sense of joie de vivre and blissful indifference to the rhythms of the normal promotional cycle are, in miniature, precisely why the 33-year-old singer-songwriter, vocal feminist and devoted animal lover continues to fascinate, over a decade into her critically acclaimed, if commercially ignored, career.

Her first studio album in five years, My Weekly Reader, is another head-spinner: Ms. McKay rifles through the Summer of Love songbook, resurrecting everything from the Beatles (“If I Fell”) to the Small Faces (“Itchycoo Park”) to Crosby, Stills, Nash & Young (“Wooden Ships”).

Working with co-producer Geoff Emerick, who oversaw Ms. McKay’s ambitious 2004 debut, Get Away from Me, Ms. McKay doesn’t tinker too much with the original visions. Her Day-Glo fantasia is profoundly out of step with the times, but nonetheless wonderful.

Ms. McKay will showcase material from all phases of her career this week at 54 Below, during a five-night residency concluding Saturday. We caught up with Ms. McKay for a freewheeling conversation earlier this month.

The Observer: What appealed to you about the songs chosen for My Weekly Reader?

Nellie McKay: I feel like they’re from a bygone era, but they reflect a future era. Here’s hoping.

Is there a sense of history repeating?

I think some of [history] will repeat, and hopefully it will last longer this time, [and] it will become the world we want it to be.

Do you ever have a feeling of being born in the wrong era?

Yes, every time I think about a smartphone.

Do you really still have an older phone or do you have a modern smartphone?

I have an old phone I can easily take the battery out of and avoid the government.

So all the stuff with Edward Snowden was basically a confirmation of your worst fears.

Well, all of our conspiracy theories are coming true. And this has been greeted with a collective shrug: “Eh, they’re convenient.”

Working with Geoff Emerick again, who produced your debut—was that a conscious choice?

A deep, unconscious choice. It had the atmosphere of a séance, for both of us.

Did Geoff bring any songs to the table you hadn’t thought of, or did you know what you wanted to record?

Were you trying to reinvent these songs or just offer what you thought was the best interpretation of each?

We were just trying to put them snug in their cradle and rock them to sleep. Make them feel good and happy for a few hours.

Do you consider from where you began to now, in terms of your creative evolution, or are you more focused on what’s next?

Like a dog, I exist in the present—like the next meal is never far from my mind.

Then do you consider My Weekly Reader to be a particularly satisfying meal?

(Laughs) It’s a nice memory. It’s like when you wake up and go, “Oh, I’m awake right now,” and then you go back to sleep.

I wanted to ask you, too, because I know you’re passionate about it, about the horse-drawn carriage ordinance and getting them out of New York City.

It’s a long time coming, but horses don’t belong in traffic and they never have.

Do you feel like it’s an idea people are resistant to or are they saying, “It should change”?

I think people who are resistant to banning the horse-drawn carriages are misinformed. There’s a massive misinformation campaign from the Daily News and others … that misleads people and confuses the issues.

Is it baffling that something so straightforward—horses deserving to live as the animals they are—people get so combative about?

We feel, as humans, we feel entitled to other species, and we objectify them. Their needs aren’t important, or certainly they take a back seat in most of our minds.

Do your different interests—the activism, the theater pieces you’ve done—do those help keep you invigorated between records and tours?

I suppose so. Mostly, I’m a bum. (Laughs) I’ll avoid working whenever possible.

Describe in three sentences why people should come see you at 54 Below. 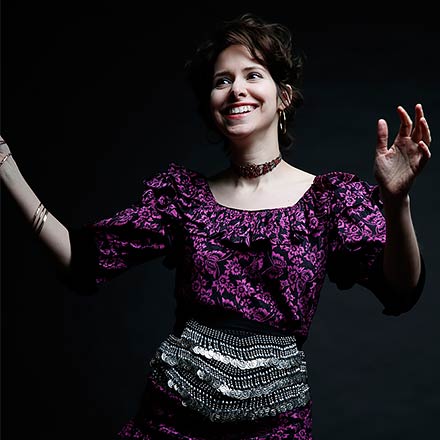