This past Sunday Pope Francis demonstrated inspiring moral courage in openly calling for recognition of “the first genocide of the twentieth century,” the mass slaughter of the Armenians, the centennial commemoration of which is this month. He did so knowing full well it would provoke a ferocious reaction from the brutal dictator of Turkey, Recep Tayyip Erdogan, who immediately recalled his Ambassador, the typical action of a bully. The Pope did so even though President Obama continues to break his campaign promise to the Armenians for the sixth straight year to recognize the genocide.

Since Holocaust Remembrance Day is this week, Pope Francis can take a further step in righting some of the Vatican’s previous wrongs with regard to the failure to properly condemn genocide by repudiating once and for all the moral failure of Pope Pius XII, commonly known as Hitler’s Pope.

In 2007 the Vatican’s ambassador to Israel, Archbishop Antonio Franco, threatened that he would refuse to attend the official Holocaust Remembrance Day ceremony at Yad Vashem to protest the museum’s depiction of Pope Pius XII as a passive bystander to the Nazi extermination of European Jewry. In truth, Yad Vashem’s characterization of Pius as someone who simply refused to intervene in the mass-murder of Jews is vastly understated and does not communicate the full horror of the pope’s complicity with evil through the duration of the holocaust.

Yad Vashem’s exhibit on Pius reads: “When Jews were deported from Rome to Auschwitz, the pope did not intervene. The pope maintained his neutral position throughout the war, with the exception of appeals to the rulers of Hungary and Slovakia towards its end. His silence and the absence of guidelines obliged churchmen throughout Europe to decide on their own how to react.”

The facts of Pius’ moral cowardice in refusing to condemn the holocaust is well established, and it is a shame that the Catholic Church is more offended by its revelation than its occurrence. Indeed, the inability of Pius XII to speak out against the destruction of European Jewry constitutes perhaps the greatest moral failure on the part of a religious leader in the history of the world. Books like Hitler’s Pope by John Cornwell and The Battle for Rome by Robert Katz convincingly demonstrate that Pius’s failure was indicative of an almost callous indifference to the value of human life in favor of papal authority and the preservation of Church property. An autocrat who told the Roman curia repeatedly that their job was not to give him advice but to follow his orders, there is ample evidence for Pius as a collaborator with the Nazi government in their occupation of Rome.

When, in reprisal for a partisan attack against German troops the Nazis executed 335 Roman citizens – many of them Jews but the vast majority of whom were Catholic – Pius was implored to protest the execution and protect his flock. As usual, he refused to say anything that might upset the Nazis. It seems that neither the love of God nor the love of his fellow man could ever move Pius to publicly condemn Hitler, with whom he had famously negotiated, as papal nuncio, the 1933 concordat which the Fuhrer praised to his cabinet as being “especially significant in the urgent struggle against international Jewry.”

Pius even granted a secret audience to Supreme SS Polizeifuhrer Wolff, who had served as Himmler’s Chief of Staff and was in 1943 the chief of the German persecution apparatus in occupied Italy. That Pius realized he was doing something scandalous is attested to the fact that the meeting took place in great secrecy and Wolff came dressed in disguise. Years later, Wolff said about the meeting: “From the Pope’s own words I could sense the sincerity of his sympathy and how much he loved the German people.”

Pius’ lowest moment came on 16 October 1943, the day he watched – quite literally – as the Germans rounded up more than one thousand Jews of Rome for extermination. Nearly all would perish by gas just a few days later at Auschwitz. A special SS contingent had been brought in for the roundup, and since many of them had never seen the eternal city they used the roundup of the Jews as a partial tourist excursion. This brought them to St. Peter’s Square where many of the trucks actually parked 300 feet from Pius’s window. Even as the Jews were herded aboard cattle trains and taken to their death, Pius, the most influential religious personality alive, watched in silence and refused to intervene or speak out. His policy of strict neutrality was upheld as the Jews of his diocese were turned literally into piles of ash.

But while he did not prize the lives of Jews, there was one thing that Pius did esteem: the bricks and mortar of his Churches. As the British and American armies geared up, in the spring of 1944, for a massive offensive to capture Rome, Pius suddenly found his voice. He condemned the allies for bombing the ancient city and ordered his American bishops to launch public relations offensives in the United States to pressure the Roosevelt government not to cause destruction to the sacred monuments of the Church. But while his attention was turned toward his precious buildings, the Nazis continued to gas more than ten thousand Jews each day.

Of course, in early 2005 came the revelation that Pius had ordered the mass kidnapping of hundreds of thousands of Jewish children who had been given to the Catholic Church for safekeeping by refusing to hand them back to their rightful Jewish guardians after the war. “Children who have been baptized must not be entrusted to institutions that would not be in a position to guarantee their Christian upbringing,” a Church document discovered in a French Church archive and dated Oct. 23, 1946, declared. It made it clear that Pius himself had approved the criminal policy: “It should be noted that this decision taken by the Holy Congregation of the Holy Office has been approved by the Holy Father.”

For all his white robes Pius was a cloudy soul whose record is a stain against a great Church, whose leadership was an affront to a great religion, and whose papacy was an outrage to holiness and decency. It would behoove Pope Francis, who has spoken up so boldly for the world to recognize the Armenian genocide, to bury once and for all any thought the Church may have of making Pius into a Saint. 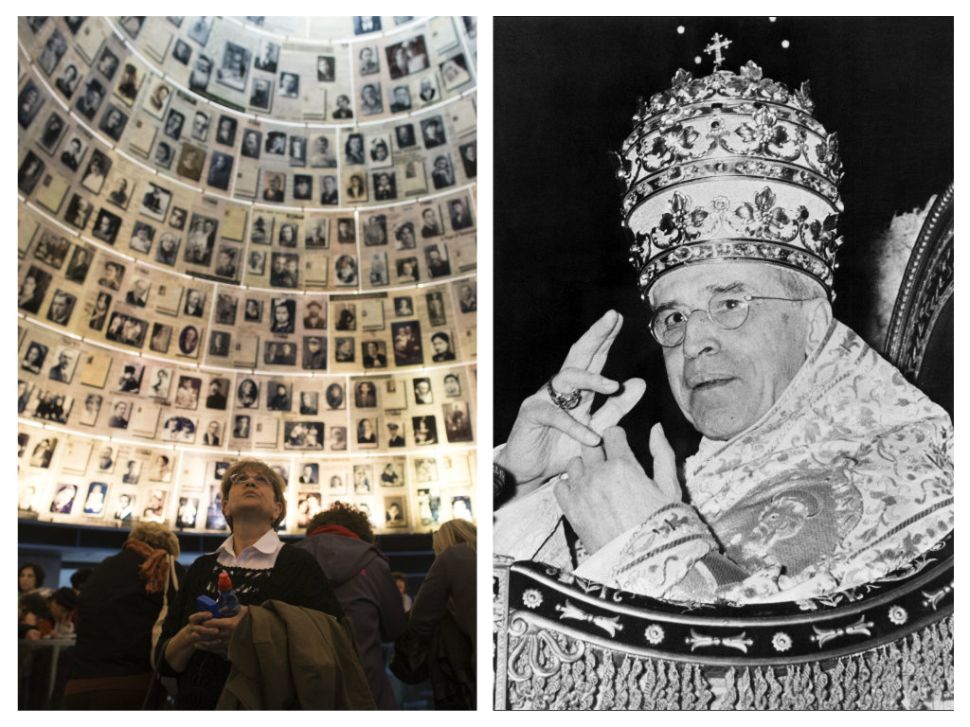