In the past when Tyson got bored, he would rip up the furniture. That hasn’t happened in years, largely because the 10-year-old boxer is rarely bored these days.

Four years ago, his owners, Michael and Shawna Dos Santos, moved to MiMA, home of the canine spa Dog City, where Tyson is enrolled in a four-hour play group three days a week. A handler fetches him from the couple’s apartment in the morning and returns him in the afternoon.

“They pick him up, which is just so convenient,” said Ms. Dos Santos, 34, who is juggling a graphic design career with raising a toddler son. “He socializes with other dogs in their indoor and outdoor play spaces. When he comes home, he’s panting and he’s happy, and he passes out for hours.

“Having Dog City has saved us. It’s made our life so much easier, and it’s much better for Tyson, too.”

While many upscale buildings still relegate their furry tenants to the service elevator or insist that they be carried through the lobby, some luxury rentals are pulling out the red carpet for them, complete with wee-wee pads. The latest high-end amenity: dog spas that shower the canine set with attention and opportunities to socialize with their own kind—spurred by developers’ growing realization that people with dogs and money will spend big chunks of it to keep their canine family members happy, healthy and entertained. Increasingly, city dog owners are even basing real estate decisions on their dogs’ well-being.

The Related Companies, developer of MiMA at 450-460 West 42nd Street, has just added a second Dog City space, at Abington House on the High Line at 500 West 30th Street, and plans are in the works for six more locations around the city.

“People aren’t just interested in having their dog tolerated—they want their dog welcomed,” said Julie Brannan, a broker for Warburg Realty who has a 12-year-old mutt named Linus and a passion for finding apartments for dog owners. “Dog City is the ultimate high-end experience for dogs. They’ll literally arrange anything you want for your dog.”

The four-year-old Dog City spa at MiMA—where two-bedroom apartments go for as much as $14,000 a month—is exclusively for residents. The 1,000-square-foot space includes play areas, dog-grooming stations, an exam room for the veterinarian who visits once a week—and even a terrace with a bone-shaped wading pool. Residents pay an annual membership fee of $250 and à la carte for the services, which add up to an average of about $500 a month. The most popular are the “Pee and Play” packages: a walk plus a two- or four-hour play session.

“We survey our residents every year, and we were finding out there is nothing more stressful for them than figuring out how their dogs were going to spend their days,” said Jessica Scaperotti, a spokeswoman for Related. “Or they’re flying in from Chicago or D.C. and they’ve missed their flight—no problem, someone can run in and feed their dog or cat.”

Indeed, said Ms. Dos Santos, “Dog City is one of the main reasons we chose MiMA.” In addition to his “Pee and Play” sessions, Tyson gets shots and refills of his medications on-site. He’s allergic to chicken and barley, so the Dog City staff gives him special cod-skin treats at the birthday parties they host for their canine clients.

Other developers and building managers are forming partnerships with dog spas. Founded in 2010 by former NFL player and dog lover Mitch Marrow, The Spot Experience has locations in four Manhattan buildings and a fifth exclusive space opening this month at the elegant Mercedes House at 550 West 54th Street. The super-luxe Silver Towers at 620 West 42nd Street sports a 9,000-square-foot Spot spa and even has an on-site dog run. The Spot locations host social events for dogs and their owners on a regular basis, and residents of the buildings get discounts of up to 50 percent on services, according to Mr. Marrow.

In addition, 18 buildings managed or owned by Rose Associates offer dog-walking, training and day-care services through Spot, including a van that ferries dogs back and forth from their apartments to the nearest Spot location.

“These new high-amenity buildings are starting to look at this as a way to attract people, because people who love their dogs and have the income to support them will spend almost anything on their dogs,” Ms. Brannan said.

In fact, expenditures on pets in the U.S. are expected to reach an all-time high of nearly $61 billion this year. Even the recent recession couldn’t put a damper on pet spending, which grew by nearly 11 percent between 2007 and 2009.

There are about 500,000 dogs living in the city, according to the Health Department.

Having the dog-care services on call means peace of mind for dog owners facing late nights at the office and last-minute social invitations. And when the owners travel, their dogs don’t have to. “We can have the dogs stay in our apartment, and the handlers will come and take care of them,” said Rick Farquharson, a technology manager for an investment bank who lives in a junior four at MiMA with his wife, Joyce, and two Yorkshire terriers. “They still go to Dog City every day, and they’re in their own environment with people they know.”

Three mornings a week, Robert Bernstein walks his miniature poodle-Maltese mix, Brooklyn, to a Spot location about seven blocks from London Terrace Gardens at 435 West 23rd Street, the Rose Associates building where he lives. Brooklyn stays all day to play. In the evenings when Mr. Bernstein is tired or running late, he has the van drop off Brooklyn. “It’s an amazing service to have,” said Mr. Bernstein, 52. “It fills in the gaps when I can’t physically go out and get him.”

Newer and renovated buildings are courting dog owners, Mr. Bernstein added, “because there are so many dogs in the city and so few buildings allow dogs.”

In a do-it-yourself dog-spa version, dog-grooming rooms are springing up around the city, including at two Related buildings, The Caledonia at 450 West 17th Street and One Carnegie Hill  at 215 East 96th Street. Adellco Management has three, two in Manhattan and one in Park Slope, each with a large sink with stairs so dogs can climb in, a courtesy bottle of pet shampoo and a station with an oversize blow-dryer. The three rooms were especially busy this past winter, according to Dawn David, senior vice president of leasing for Adellco, which also hosts Yappy Hours for dogs and their owners.

“From a leasing standpoint, it’s a really good marketing tool to assist with closing deals, even for people who don’t have pets,” Ms. David said.

“I’ll still show the room because they always get a kick out of it. It makes them feel like we have our thinking caps on, and some people who have seen it have said it made them consider getting a pet.”

Mr. Karten, whose beloved wire fox terrier, Sophie, passed away six months ago, often recommends “dog-crazy” buildings like The Brewster at 21 West 86th Street, also an Adellco building, and Yorkshire Towers at 305 East 86th Street, where, he says, dogs hold court in the lobby. “The toughest part is, no matter how pet-friendly the building is, if the people can’t afford it or the apartments aren’t nice, it’s only one part of the equation,” Mr. Karten said.

Still, it’s a part of the equation that is carrying more and more weight as New Yorkers surrender their hearts to their four-legged family members—along with their wallets. “When my dog is happy, I’m happy,” Mr. Bernstein said. 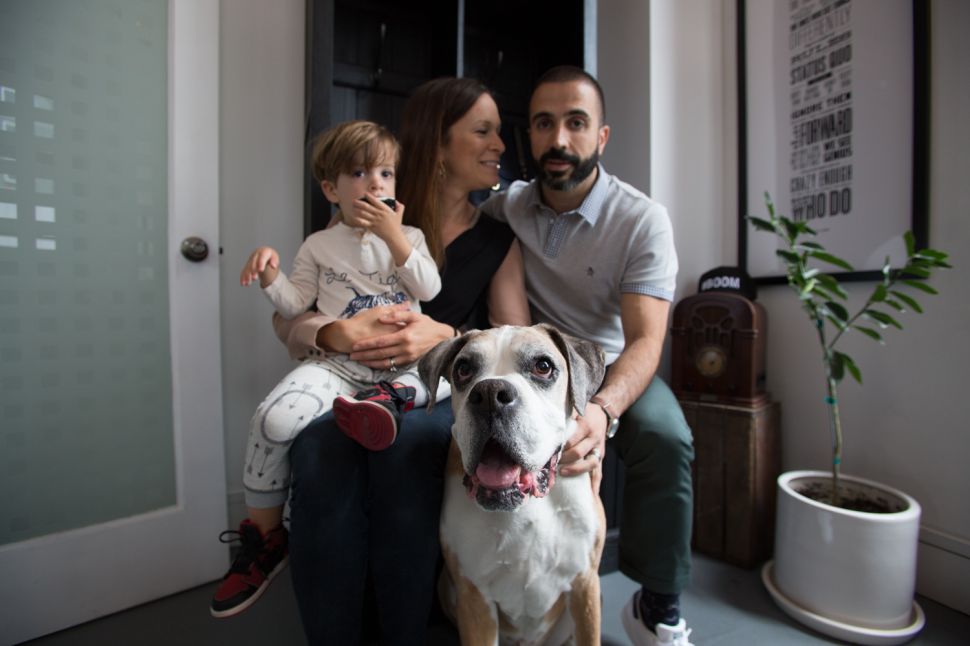