Remember the game of Battleship, that timeless game by Milton Bradley. Battleship was created about the time of WWI. Produced and published by various companies, the game was at first played with pencil and paper. In 1967, Milton Bradley made the game out of plastic. Today, there are versions upon versions of the game—large, small travel electronic and even an online versions.

As I follow events in the Middle East, I feel as if the United States and Iran are playing the game Battleship—only Iran can clearly see our moves and we are just guessing at Iran’s moves.

Just the other day, Iran boarded and took over a cargo ship in the Straits of Hormuz. The ship, MV Maersk Tigris, flies a flag from the Marshall Islands.  When the captain of the cargo ship did not comply with Iran’s request that they change course, the Iranians showed that they were serious and sent a series of shots across his bow.  As it was all happening, the captain sent off a distress call. And the ship was boarded.

Understand—these Straits are very important and we should all care about what happens there, as 20 percent of the entire world’s oil travels through that tiny chokehold called the Straits of Hormuz every day.

The Straits are located in the territorial waters of Iran on one side and Oman and United Arab Emirates on the other.  And yet, the Straits of Hormuz are open to passage for all according to the UN Convention of the Laws of the Sea.

If Iran chokes Hormuz, Tehran can literally bring the world to its knees. So the West, specifically the United States, needs to make certain that does not happen. While the U.S. has a presence on the Straits, they have shown difficulty responding to incidents when they arise. In an incident in 2007, a USS nuclear submarine called the Newport News was submerged in the Straits and accidentally rammed a Japanese tanker. The story made headlines, but was then quietly washed away. A year after that debacle, another US sub, the USS Hartford, rammed a sister ship, the USS New Orleans.

Today, in 2015, while the United States may be there physically, it is not quite clear that they can or will do what it takes to keep those Straits open.

The Iranians, always ahead of the game in strategy and tactics, have developed a style of naval attack specifically designed for the Straits. It is called swarming. Extremely fast rubber speed boats are sent out to sprint about and surround the enemy. They are too small and too fast to be detected and they simply, suddenly, appear and take over. Iran has also produced mini submarines to maneuver in the Straits.

In response to Iran’s boarding and escorting the MV Maersk Tigris to an Iranian port that appeared to be Larak Island, the United States dispatched a destroyer and several reconnaissance planes to observe, to simply observe. As if to explain their action and inaction, the Pentagon has repeatedly said that there were no US citizens on board the Maerk Tigris.

Everything must be seen in context. All this is happening as Iran continues to support the Houthi takeover in Yemen. The main port of Yemen is in Aden and the Gulf of Aden is another powerful chokehold for the world’s oil. If the Houthi and, by proxy, Iran gain control of the port of Aden they control the Gulf of Aden. That gulf is the mouth that leads to the Suez Canal. Much of Europe’s oil goes through that opening as does about 10 percent of the world’s oil.

If Iran were to control both Aden and Hormuz they would have control of a large helping of the world’s oil. To stop them the Egyptians, who control the Suez Canal, sent their navy to the area. Saudi Arabia has also dispatched a ship.

Iran uses the waterway to supply weapons to the Houthi. Recently as the Iranians were en route to the Port of Aden transporting a huge shipment, their armaments ship was being protected and escorted by the Iranian navy. Its destination was the port of Aden. The U.S. sent ships to intercept the weapons. This time instead of entering into conflict, Iran turned tail and returned home.

Iran’s game of real-life Battleship is not child’s play. Iran is driving the game and making all the moves. All the United States is doing is responding.

You cannot win a game by just responding. Not even the Milton Bradley version. 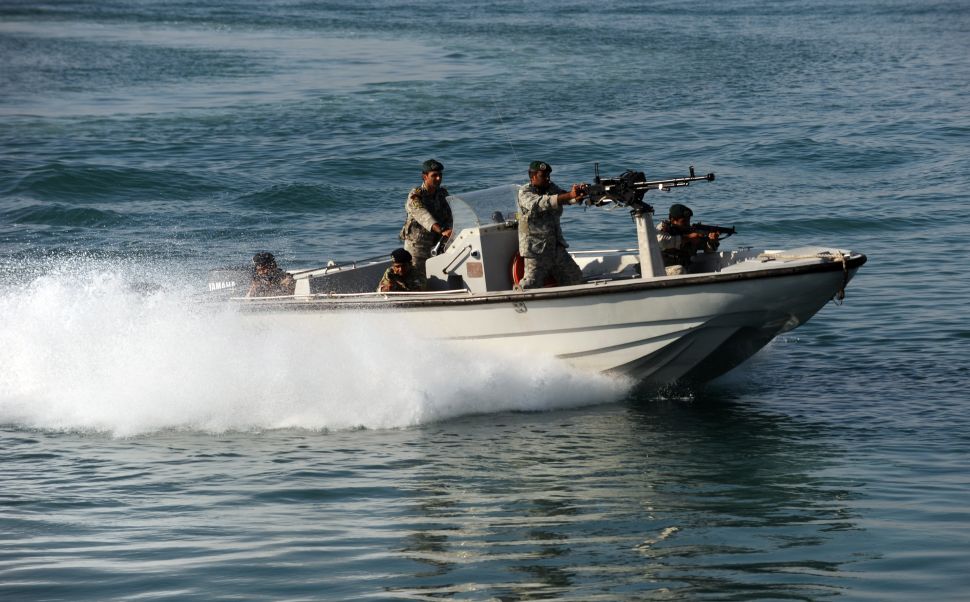