During my half century career, I thought I had experienced every aspect of the justice system: as a law clerk, I had participated in the judging aspect; as a law professor, I taught more than 10,000 students about criminal law and legal ethics; as a practicing lawyer, I tried cases, both in front of juries and judges. I had also appealed hundreds of cases to many courts, not only in my own country but around the world; I had advised clients, sometimes to plea bargain, other times to litigate; as an advisor to presidents, senators, congressmen and governors, I had helped draft some of the most important criminal laws. I have even helped prosecutors in their efforts to keep guilty criminals in prison.

I thought I understood what it must feel like to be falsely accused. As a child, I read the biblical story of Joseph, who was falsely accused of attempting to rape Potiphar’s wife. I recall wondering what it must have been like for Joseph to be in prison, knowing he had done nothing wrong. On an intellectual level, I could understand what it must feel like to have people think that you are guilty of a heinous crime when you know you are innocent. But until it happened to me, I would have no real comprehension of what it actually feels like, on an emotional level. My education is now complete: I understand—really understand—why it is so important to protect the innocent as well as to punish the guilty. Now I feel the need to redouble my efforts on behalf of the falsely accused, as I have been one of them.

When I first heard of the false accusation against me, I didn’t really take it seriously. I knew it was entirely false. A 31-year-old woman, with a long history of making up stories, said that she had sex with me when she was underage at several locations. These locations included a ranch in New Mexico that I had visited for about an hour with my wife, daughter and friends. It also included a private island on which I had spent one day, also with my wife, daughter and friends. She also claimed to have had sex with numerous world leaders and prominent academics and to have had social interactions with President Clinton, Vice President Gore and Tipper Gore. And Queen Elizabeth.

Everyone among my family and friends knew her story was made up. No prosecutor or judge had stood behind her false accusation. It was only her uncorroborated word against my corroborated and sworn affidavit. I knew I had nothing to hide. I believed the truth would quickly emerge and no one would believe the lie, especially since it was being told by a woman with a long history of telling lies and making up stories about prominent people. My wife was less certain: “You trust the truth too much,” she worried. “Why do you think people will believe the truth? So many people believe so many things that are not true.”

“Well maybe,” I agreed, “when it comes to political issues such as climate change, Israel or immigration reform. But not when it comes to a simple fact: did I or did I not have sex with a particular woman who had a long history of lying about her encounters—sexual and otherwise—with famous people?”

We both knew that I didn’t have sex with Jane Doe No. 3 and that she had made up the whole story, but my wife wasn’t sure I would be able to persuade the courts of law and public opinion of the truth. I had to prove a negative, and I had to do so without the benefit of specifics such as the dates or even years of when the alleged encounters were supposed to have occurred. We knew this might be especially difficult in the current climate of believing a “sex slave” who had allegedly been “trafficked” by a wealthy client, who had also been my friend. “People will want to believe her,” said my wife, who happens to be a psychologist. “And some will want to disbelieve you, because of your confrontational style, your controversial cases and your unpopular causes.”

She turned out to be right, at least in part. Many who didn’t actually believe the accusation—because it was so bizarre and out of character for me—wanted to believe it, hoped it was true, and blamed me for even putting myself in a situation where I could be falsely accused.

Many of my friends and colleagues urged me to ignore the charges, which were ridiculous on their face. But I decided to fight back, especially after the media highlighted the accusations because similar ones were made against Prince Andrew. So I filed a motion to strike the salacious charges from the record.

The judge has now stricken them all from the record, so I am—from a legal point of view—exactly back where I was before they were made. But you can’t unring a bell, and many of the newspapers that highlighted the false accusations either buried the story of the judge striking them, or didn’t report them at all. The New York Times, for example, had run two major stories about the defamatory allegations, but failed to report the judicial decision striking them—even after the reporter was sent the decision and a protest was lodged with the public editor. So, according to the newspaper of record, these uncorroborated and false charges remain part of the legal record, even though, unbeknownst to its readers, they have been formally stricken by a federal judge.

So although my legal vindication has now been accomplished, I will persist in clearing my name until everyone knows that the allegations put forward by Jane Doe No. 3 are completely false.

Alan Dershowitz is the author of Terror Tunnels: The Case For Israel’s Just War Against Hamas and thirty other books. 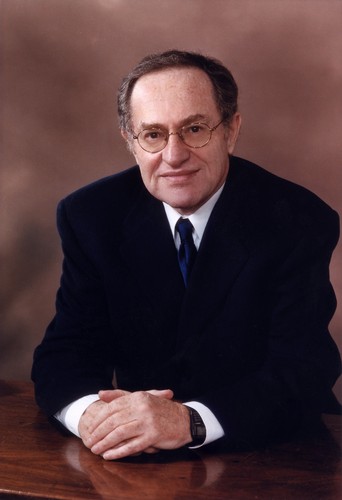