Designing products and bringing them into the world is my life’s work. Whether I’m playing with my son, running with my dog or actually working, I’m thinking about materials, interactions, volumes and silhouettes. Since I can remember, a part of my mind has always been building and manipulating three dimensional objects. While this has led to some challenges with presence and full engagement, I’ve given up trying to turn it off, and instead became a designer. Design has since become my framework for understanding and contributing to the world.

I’ve been a designer for almost a decade, and just recently became a teacher. My work, like that of all artists, is a cycle of learning and implementing. Designing and launching each new product teaches me things that can’t be learned any other way—things that are uniquely useful for the next project. For example, the original Sorapot (a modern teapot that was my first product) taught me that cast stainless steel gets very heavy very quickly unless wall thicknesses are minimized throughout the design process. Information about the weight per volume and casting characteristics of the stainless alloy was easily available, but forming this material into a teapot that was then used by thousands of customers revealed a more complete understanding. When I designed the amp for the Ceramic Speakers a year later, I had a feel for dimensioning the base so that it would balance properly. This learning/implementing cycle would ideally form an upward spiral of better and more considered work project by project. 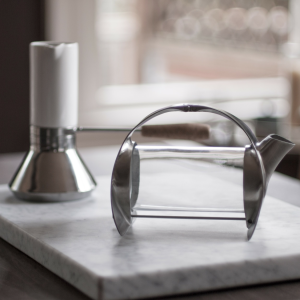 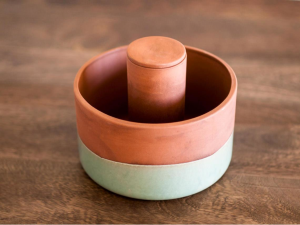 The problem is that as each project teaches me more about my work and makes me better at execution, it also narrows my focus. As I get more familiar with certain manufacturing processes and more expressive with certain geometries, I’ll tend to use them more. Project by project, I reduce this constellation of design possibilities to a toolbox in which the tools I use get used more and more, becoming better with each implementation, and the tools I don’t use atrophy out of existence. Now even at the earliest inspiration stages, I think in terms of what I can do with this toolbox. The blank page is no longer truly blank.

This simultaneous strengthening of tools through use and atrophy of others through disuse explains how creative people become experts while developing their voices. This process is not only largely positive, it’s necessary for artistic progression. The artist who starts each new project from zero will have a wealth of options, but no advantage in executing them, and little sense of which options best convey the desired meaning. Using each project as the starting point of the next, like stations on a subway line that lead closer and closer to the artist’s intention, is the natural way to build a body of work and a practice, but it has a price.

Focus works both ways — perfecting detail and precision while blurring other possibilities. By the time I was bringing the Sorapot 2 to production, my formgiving and engineering skills had improved significantly since my first launch, and manufacturing did not present as many surprises, although they were still there. Designing the teapot felt more like discovering the shape it inevitably needed to take rather than willing it into existence from nothing. My work on other projects, like a coffee maker for Blue Bottle and a yet to be released audio product, began to feel more and more like a process of discovery. As Michelangelo famously said, “I saw the angel in the marble and carved until I set him free.” As an artist far further along his path than I am, he may have not have intended this to be as purely positive a statement as it was later interpreted. 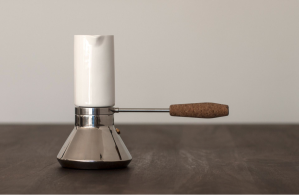 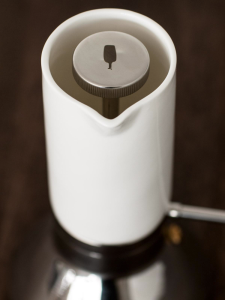 Project by project, I started to realize that I was operating along well-cleared paths. Like walking a trail verses bushwacking, my design process faced less resistance, but I wasn’t thinking as experimentally at the earliest stages. Before I launched my first product, and with it my company, my ideas ranged from silent computers to carry-on luggage. I had no idea what would work, and every possibility was equally justified by my yet to exist track record. As I had some successes, I began to learn what worked and what didn’t. Without intending it, I developed the toolbox that I mentioned earlier. Ideas, even in the earliest stages, began to fall along lines of least resistance. 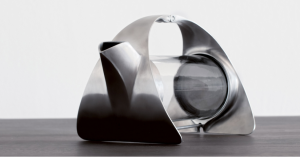 Talking about my work with others mitigated this limiting effect of my growing expertise. Like telling your partner about a dream as you both wake up, discussing what I do forced me to narrativize a disordered yet subconsciously powerful set of impressions. I looked at the paths I had been implicitly building with fresh eyes, judging them in the context of my conscious design beliefs. After a good discussion, usually with my wife or a technically-minded friend, I returned to my work with a clarity that allowed new ideas in, while retaining the experience that allowed me to filter out ridiculous or unworkable ideas right away.

My poster series has played a similar role. I designed the first print, Charlatan Martyr Hustler, to remind myself of of a single insightful moment. Deep into into a design, I would get lost in a detail that should should be left to a later stage, as a means of avoiding a more substantial decision. In the frequent absence of anyone else in my workspace, the poster above my desk would pull me back. My most recent poster, a collaboration with Ryan Holiday, is an even better example of the persistent reminder that keeps you calibrated as you delve into your work. 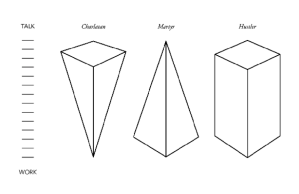 The Obstacle is the Way (Collaboration with Ryan Holiday)

When Skillshare asked me to teach a class on industrial design, I agreed thinking that it would be an opportunity to share my process with other designers while introducing my work to a new audience. I wasn’t prepared for the effect it would have on me, which was like one of my posters or cherished design discussions in overdrive.

The videos that comprise my class are actually edited snapshots of a long discussion I had with Skillshare’s producer, Alyssa Demirjian. Alyssa deftly guided my exposition with a series of questions. She had me swoop in on details like tolerancing a schematic and using an algorithm to edit copy, while maintaining an aerial view of my entire process that I’ve never been able to access during a one on one discussion. She was essentially playing the role of a very good student.

Originally I thought my thinking on design would be scattered, but in retrospect I see the narrative that came from Alyssa’s questions. Without them, my words would have reflected the disordered impressions that guide yet possibly limit my work. I learned that talking with a student, as opposed to with a peer or especially with yourself, is uniquely demanding of order and cohesion. Articulating my design and work philosophy in a way that students will understand and remember means that I will understand and remember it as well, more consciously than if I had left them as unordered impressions. Now when I’m in the middle of a daylong design session, I can recognize when I’m veering away from my intention and allowing my habitual tools to dictate the work.

The benefits of teaching on my work have been significant, but are only a nice side effect. Transmitting information and motivation to other designers – the stuff I craved but couldn’t find when I was starting out- is the endeavor’s main value. If I had such a guide, I could have devoted the energy I spent figuring out manufacturing, fulfillment and marketing to developing my voice as a designer. It took me years to realize that how I filter and re-combined stimuli into designs – my voice – is the only thing worth perfecting.

Voice is the only value that the creative person brings to the world, and it’s a sacred value. Other activities—networking, social media, raising money—must be judged by how well they support the voice’s expression. The artist’s job is then threefold: to find or invent a medium that best carries his voice, perfect his technique in that medium, and prevent rigidity while transmitting his learnings to others through teaching.

Joey Roth is a Portland-based industrial designer known for the Ceramic Speakers, Sorapot, and his poster series. He recently began teaching an online, self-paced Skillshare class on product design. The first 50 readers to enroll through this link can join for free, or enrollment is available with Skillshare monthly membership. 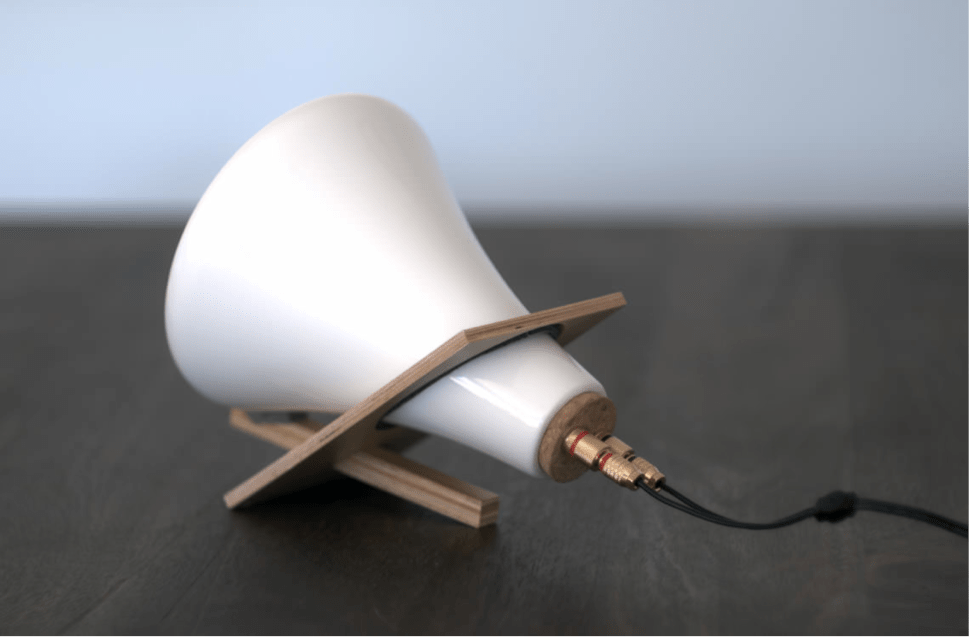