Three teens with mental development problems on a road trip are the focus of this introduction to Psychology 101, but there’s no hope for graduation. I guess it’s commendable to devote a whole movie to the removal of social stigma surrounding mental disorders and reveal characters with behavioral problems as normal people in need of tolerance and understanding. But normal people do not stand up in church, yell “Faggot!” at the minister, and then accuse him, in front of the entire congregation, of dying his pubic hair. So The Road Within backfires by emphasizing the same quirks and imbalances it seeks to soften. Reducing it to the genre of idiot comedy doesn’t advance the cause, either.

After his worried mother drinks herself to death, Vincent (Robert Sheehan), a boy with Tourette’s syndrome, is ensconced in an experimental treatment center in Nevada. His new roommate Alex (Dev Patel, the overwrought actor from Slumdog Millionaire and the two Best Exotic Marigold Hotel movies) has a form of obsessive-compulsive disorder so severe that he is terrified of germs, wears white surgical gloves for protection and suffers a breakdown when Vincent uses the shared toilet. A patient named Marie (Zoë Kravitz), who attaches herself to the two flakes for reasons that are never explained, is starving herself invisible with anorexia.

This unlikely trio teams up, steals a car and heads for California so Vincent can spread his mother’s ashes in the ocean. The rest of this unwieldy and largely unconvincing movie catalogues the consequences of what happens when unconventional people on a road trip do silly things to detract from their mental handicaps and end up annoying everyone in sight. The escapees’ loopy antics are juxtaposed with the unforgivable, self-centered attempts of Vincent’s politician father (Robert Patrick) and the clinic’s repressed, chain-smoking director (a wasted Kyra Sedgwick) to track them down, wrecking two cars in the process. The point of the movie is unfocused; it can’t decide whether it wants to be a wacked-out offbeat comedy or a sentimental plea for the daily trials of the mentally ill who are really just folks like you and me. Both ideas fail faster than stiletto heels on a subway grate.

First-time director Gren Wells makes the fatal mistake of trying to reduce mental illness to farce, but her characters are so irritating they only inspire lame, patronizing sight gags. The actors are charming and watchable enough to avoid clichés and protect their characters from ridicule, but they have nothing to work with. Mr. Sheehan, in the most exhausting role, twitches, jerks and stutters with incessant vulgarity, but instead of sympathy we just wish he would go away. Mr. Patel has a stoic, likeable vulnerability, but his humor is so broad it’s more exasperating than affecting. The stale script consists mostly of annoying antagonistic bickering among the three runaways, while the grownups’ attempts to rehabilitate each other just seem foolish. The result is as uninspired as it is tedious. They should all have stayed in bed. 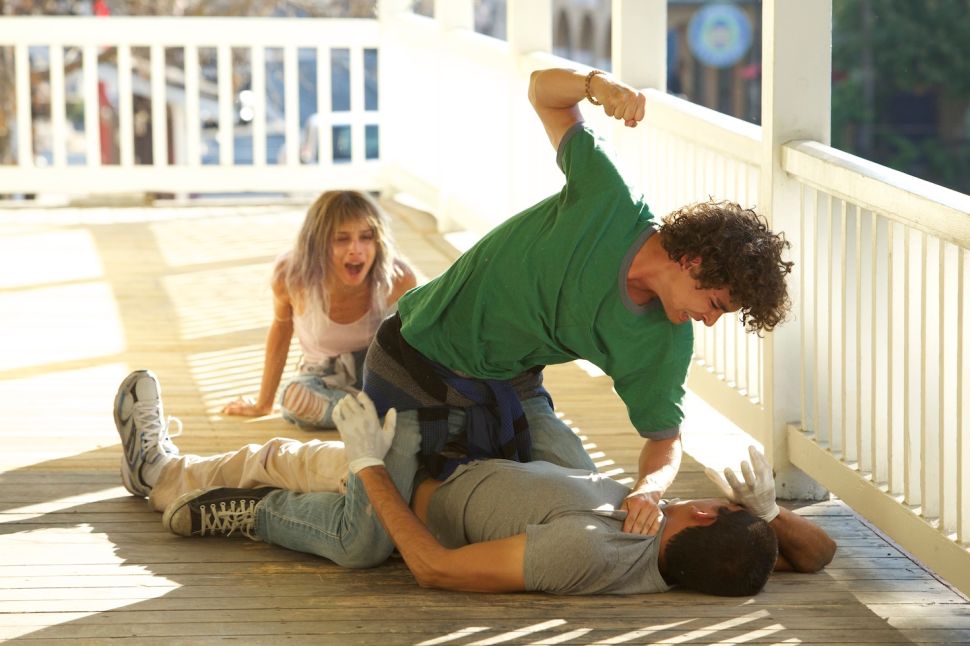 Filed Under: Movies, Reviews, movies, the road within