A morbid drama of dry, repressed Victorian sensuality that might well serve as a companion piece to the critically praised, publicly avoided art world bomb Mr. Turner (some of the same characters appear in both), Effie Gray is another costume-epic version of the 19th century scandal about the unconsummated marriage of art critic and essayist John Ruskin, who put J.M.W. Turner on the map, and his teenage Scottish bride, Euphemia (“Effie”) Gray, whom he married and dragged back to a country house outside London, where she languished in a torpor that took its toll on her sanity.

The poor guy, you see, was impotent—a verboten subject that embarrassed polite society as well as the worlds of medicine, psychology and politics. Ruskin’s disgust was clear from the first moment he saw Effie naked on their wedding night in 1848, and he never once touched her again, even in bed, during their sexless six-year marriage. The movie shows Effie as a trapped pre-Raphaelite who was victimized by a cold, indifferent husband and his domineering parents, often ill and drugged with sedatives. Among the many miscast performers in a distinguished ensemble, Dakota Fanning plays the title role by moping her way through the movie with a bad Scottish accent that comes and goes, looking miserable and out of her element.

Part of the fault lies with the ponderous direction by Richard Laxton. Sumptuously mounted, the movie is slow as Christmas and so dull that even when she turned British society upside down by leaving Ruskin for his protégé, painter John Everett Millais (Tom Sturridge) and disgracing her husband with charges of impotency, Effie still shows no sign of sexual passion or a potentially happy future. She was weird from the start (born in the room where Ruskin’s grandfather committed suicide and soured on the trials of marriage by a mother who lost seven children in childbirth), and there are times when you wonder who was the most impotent—the priggish husband or the wooden, somnambulistic wife. It’s a movie of dimly lit rooms and cloudy skies, so drab that even a journey to Venice looks mournful. Apparently the Victorian art world in the 1800s is not a subject that travels well.

Written by Emma Thompson, it’s literate and respectful, but a dose of lithium in a champagne glass that is too stolid to ever come alive. Plagued by two years of plagiarism lawsuits by other writers who tried unsuccessfully to bring the cinema-resistant story to the screen, Ms. Thompson appears so fed up with court battles that she has disowned the film opening this week in New York and refused to do any publicity connected with it. I guess this is understandable, since her original intentions remain unclear and the result is a failure on several different levels.

For one thing, the character of Ruskin never comes alive. In history, Effie was 19; he was 10 years her senior and something of a child-man himself. In the movie, actor Greg Wise (Emma Thompson’s real-life husband) is actually 28 years older than Dakota Fanning, and looks more like her father than her husband. Mr. Wise seems like an odd choice to play the innocent, sexually confused mama’s boy who never outgrows his own mental adolescence. He’s stern, obnoxious, colorless and as lacking in form as the rest of the film is in tone and tempo.  We’ll never know how mismatched Ruskin and Effie were in real life, but in Ms. Thompson’s tactful but muted version of the truth, they seem to be in a stupor.

The screenplay never reaches a level of unrequited passion, and the volatile subject of gender politics is disappointingly unrealized. There are moments when Ms. Fanning expresses the desire to be a real wife, with all the duties that position demands—children, a home of her own and especially sex. But her impervious, hard-hearted mother-in-law (nastily but effectively played by Julie Walters) won’t let her son out of her sight or control, and Effie grows lonelier and more useless through indifference and neglect.

Her only friend is Elizabeth Eastlake (Emma Thompson, in the film’s most sympathetic role), a warm, pragmatic feminist married to the president of the Royal Academy (an unrecognizable James Fox). Desperate for love and attention, when Effie slowly loses her grip on reality, it’s Lady Eastlake who encourages her to be her own woman and cling to her individuality and sense of adventure. Receiving nothing but criticism and disapproval, Effie’s neglect and the cruelty of a loveless marriage have debilitating consequences. She loses her hair. She grows pale. When a man was repelled by sex, it was always blamed on a woman, who was then labeled a wicked slut. It was Lady Eastlake and a humane lawyer (played by the great Derek Jacobi) who saved Effie from such a fate by suggesting an annulment might be possible.

But even these dramatic twists have little cinematic impact in a polite but meandering film. Acutely sobering intentions are marred by inarticulate mumbling, graceful but lackluster direction, and so many missed opportunities that Effie Gray keeps threatening to lull itself to sleep before the audience does. 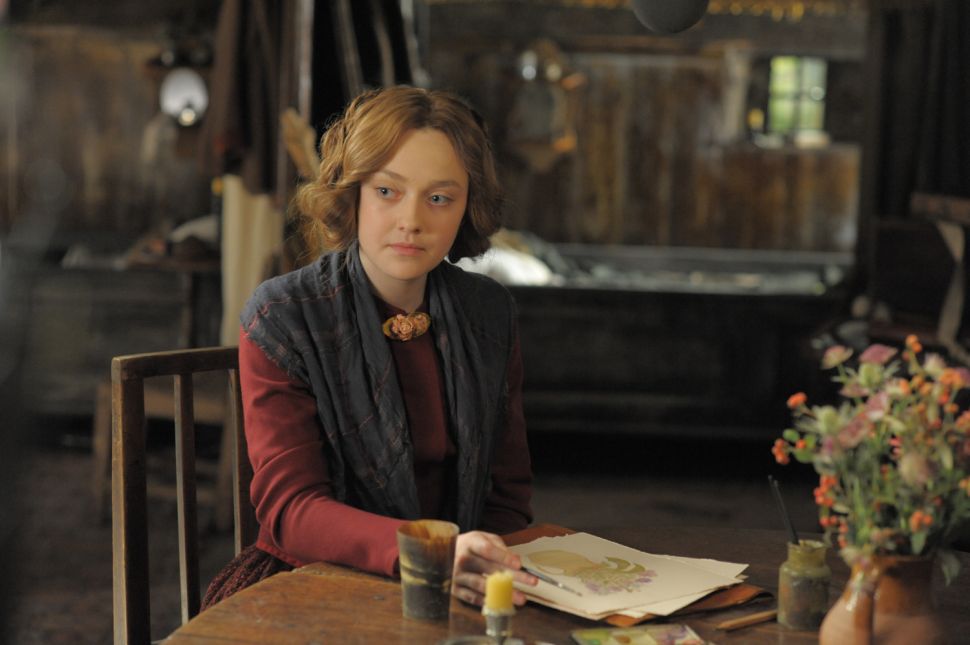