NEWARK – While some observers might see the Newark public schools advisory board election as an exercise in futility because of the lack of local control stemming from the 1995 state takeover of the district, the scene outside of the headquarters of the victorious three-member slate backed by Newark Mayor Ras Baraka on Tuesday, as well as some behind-the-scenes political activity, indicated another takeover taking root.

“I need all the energy you can give! I need people in the street!” called out Amiri Baraka, Jr., Mayor Baraka’s brother and chief of staff, in front of the Clinton Avenue campaign office to a group of some of the 700 campaign workers that were reportedly deployed throughout Newark during the day, exhorting them to drive out more voters to the polls an hour before they closed. “You all listening? We’ve got to get it done!”

PolitickerNJ followed Amiri Baraka up a rickety staircase into a smoothly-running campaign war room, where he explained precisely what he was trying to get done.

“We started a movement, and the momentum is still going. People want to be part of change, and this is a protracted struggle,” said Baraka, momentarily removing his phone from his ear. “We got the financial part of the school board [control] back last year, and now we’re working on the governance part. Once we get the governance back, then we’re halfway there.”

Knowing that voters for the Baraka slate in the Newark school board election might be frustrated in their opposition to the controversial “One Newark” school reorganization scheme, put in place in September by Newark Schools Superintendent Cami Anderson, due to lack of local control, Amiri Baraka shifted his attention to the person who appointed Anderson.

Sitting next to Baraka as he made these remarks was Jason Solowsky, a political operative tied to Jersey City Mayor Steve Fulop. Fulop played an important supporting role in Ras Baraka’s 2014 Newark mayoral race victory. In this year’s Newark school board election, Solowsky and Amiri Baraka confirmed that about 70 Fulop campaign workers parachuted in from Jersey City to help out the Baraka-backed slate.

Amiri Baraka further confirmed the fact that his brother and Fulop, a potential 2017 Democratic gubernatorial candidate, continue to work together for both present and future reasons.

“It’s very important to show unity, especially to the South Jersey folks,” said Amiri Baraka, laughing, yet deadly serious with his reference to the South Jersey-based state Senate President Steve Sweeney (D-3), another potential 2017 Democratic gubernatorial candidate, and Sweeney’s ally, power broker George Norcross III. “This is a changing of the guard. We’re sharpening our sword for the next big day. We can’t predict the future, but we know where we’re going to be – out in the street with thousands of people. We follow the drill, Ras is the leader, and I’m the number one soldier in the army.”

Fulop, who made a brief appearance at the Baraka slate victory party at downtown Newark’s Hotel Indigo, told PolitickerNJ that while he doesn’t always agree with Baraka, including on educational policy issues, he still feels that there are more important aspects to his New Jersey urban alliance with Newark’s mayor and with Paterson Mayor Jose “Joey” Torres.

“Where we can help each other, politically and governmentally, we’re going to do it,” Fulop said. “We’re going to be there for each other when the time comes.”

“Steve Fulop is my friend, and we are putting together a formidable group of people that we will build upon,” added Ras Baraka, who arrived to the party later. “If he can help me, I’m sure that he will, and if I can help him, I will. That’s what’s been happening. I hope that we excite other mayors to be a part of what we’re doing. We depend on each other when we can’t depend on the state.” 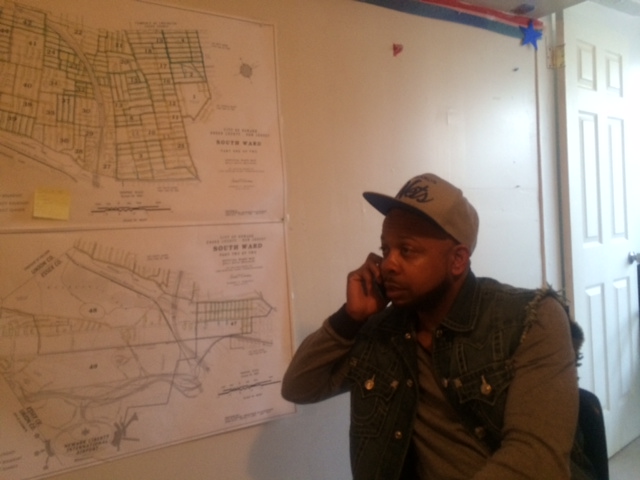