I’ve been counting down the minutes till the new season of Inside Amy Schumer, and yet I somehow forgot the premiere was last night until it popped up in my DVR list. Oh, Drew!

And while the whole episode was spot-on, it was the Friday Night Lights parody, “Football Town Nights,” which ended up being the sketch to beat for the rest of the season. It’s also further proof that there are such things as funny rape jokes…but only if Ms. Schumer is making them.

Like last season’s Realistic Military Game sketch, “Football Town Night” tackles (see what I did there?) rape culture and the insidious ways institutions have traditionally accepted this heinous form of groupthink as the norm. Josh Charles is phenomenal, and his collaborations with Schumer remain the best part of the show.

Bravo, Ms. Schumer. And thank you for that awesome Tami Taylor parody that I’ve been waiting on since 2011. 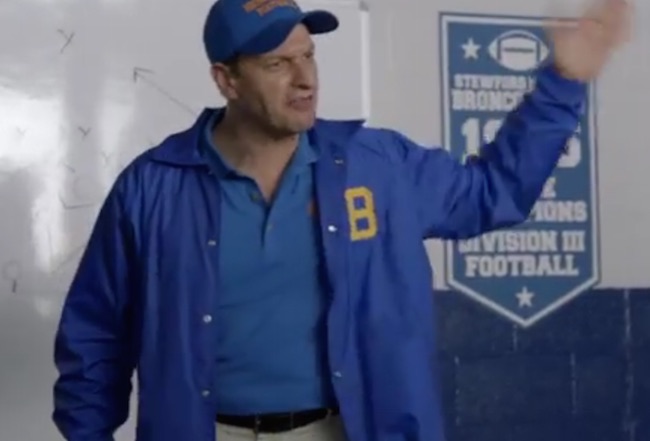