If you think that art school might be an affordable option for higher education, think again. College tuitions have hit unprecedented highs across the U.S., Canada, and U.K. And some institutions, like the University of London’s Central Saint Martins, are trying to balance the books by cutting foundation courses, yearlong programs that prep prospective students for rigorous full-time study.

At CSM, students have been protesting the school’s decision to cut 580 places in the foundation course over the next two years by first occupying the school’s lobby, and now marching outside the Royal Courts after CSM took out an injunction against them. (Last week, the Guardian’s Suzanne Moore penned a response.)

CSM isn’t the only high profile art school that’s made headlines recently for turning a longstanding mission on its head in the face of financial woes. New York’s Cooper Union, originally founded in 1859 as a free institution, has come under fire for its decision in 2013 to begin charging undergraduates to attend. Since then, there have been student protests, investigation by the office of Attorney General Eric. T. Schneiderman, and most recently, the school offered let its current president go.

The concern that art school is fast becoming only accessible to those who can afford it is best evidenced by the staggering tuition costs of many of leading art schools. This is not a problem that belongs to a select few. Below, a sampling of the most recent tuition prices at some top art schools in the U.S. and U.K.:

“Art schools are at the forefront of the sustained attack on humanities,” writes Ms. Moore. “Languages, humanities, social sciences and particularly arts are subject to huge losses in funding and are expected to do just this: become businesses. This is the only model that our politicians understand.”

She directly challenges the popular notion that STEM (science, technology, engineering, and math) subjects are most financially valuable, arguing that “real innovation is coming from the crossover between science and arts. Artists visualize what science models.” 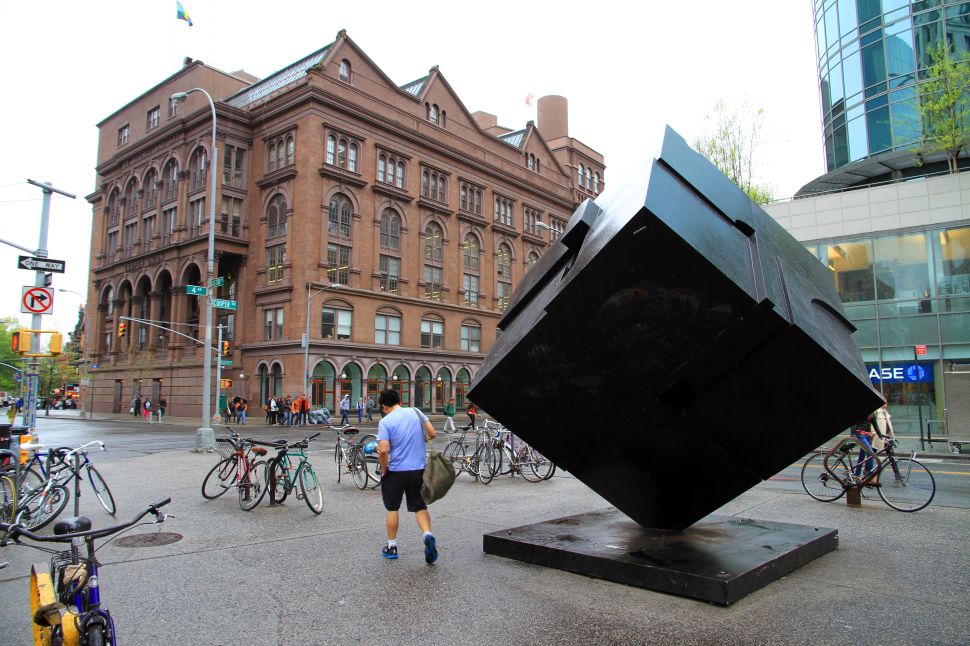