The confession US President Barack Obama made to Thomas Friedman in a New York Times interview in which he promises that the United States will protect Israel against Iran, should offer Israel no sense of relief.

Obama blithely explained that he understood Israel’s point of view. He emphasized that the United States would not allow the situation with Iran to get out hand.  He said he was pretty certain that Iran would not get a nuclear weapon.  His exact phraseology was that “Number one, this is our best bet by far to make sure Iran doesn’t get a nuclear weapon.”

Even if I were a betting man, I would not chance a roll of the dice concerning the surety of the deal between Iran and the United States. No matter what the odds, Israel cannot accept that wager.

The reality is that the real issue with Obama’s blank promise is far bigger than the president of the United States even imagines.

Since the creation of the State of Israel under the leadership of Israel’s first prime minister, David Ben Gurion, Israel has functioned under one defensive principle.

According to the Ben Gurion principle, Israel cannot allow it decisions to be clouded by others’ interpretations of their safety concerns and they cannot allow the concerns or the good intentions of others to encroach on Israeli priorities.

Receiving aid and assistance is one thing. But being brought under a protective wing is something fundamentally different. To assume that the United States, or any country, would act in Israel’s best interest and not in their own best interests is a fatal mistake.

Israel needs to be in a situation in which, when they need to act–they can act, without being hampered by any outside interests or constraints.  When it comes to the security of the country, Israel cannot wait to receive permission before acting–not when it comes to matters like securing its and certainly not when it comes to a preemptive strike against Iran.

A few years ago, on September 6, 2007, Israel launched and air raid into Syria that destroyed a nuclear facility in al Kibar that had been built by the North Koreans. Years earlier, in June of 1981, Israel launched a preemptive strike against Iraq at their nuclear facility in Osirik.  That facility, too, was destroyed. The most famous strike carried out by Israel took place in 1967, in the midst of The Six Day War itself, when Israel’s air force preemptively and simultaneously struck at the air forces of neighboring countries Egypt and Syria. These are examples of strikes made public. There are numerous examples of other strikes by Israel, inspired by the need to protect their country, that have never yet been made public.

Israelis know that their leadership has a multitude of plans on the table that can and will quickly be put into action if and when the needs arise. That knowledge helps Israeli sleep better at night. A vague promise from Obama–that causes restless nights.

This US promise delivered by the US should be rejected by Israel.  And Israel should make it very clear to the president that, while they want to work together, Israel does not want to, nor will it allow itself to be, protected by the United States.

If you noticed–I did not even call into question whether or not the United States could, if or when the need arose, defend Israel. That is another question entirely.

THE CASE FOR BIBI TO REVERSE COURSE 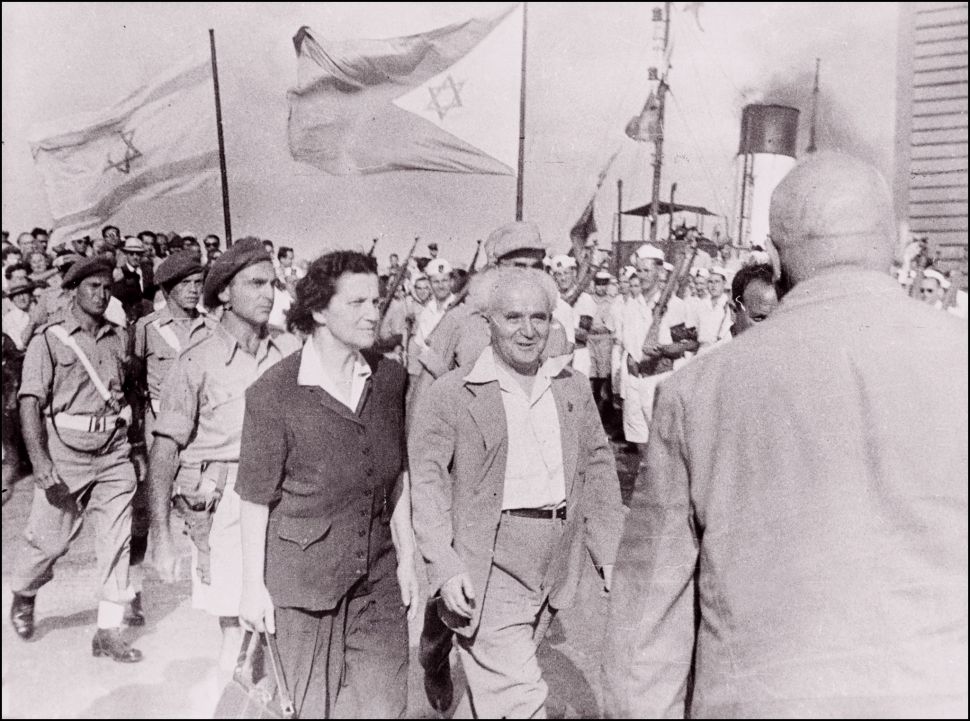