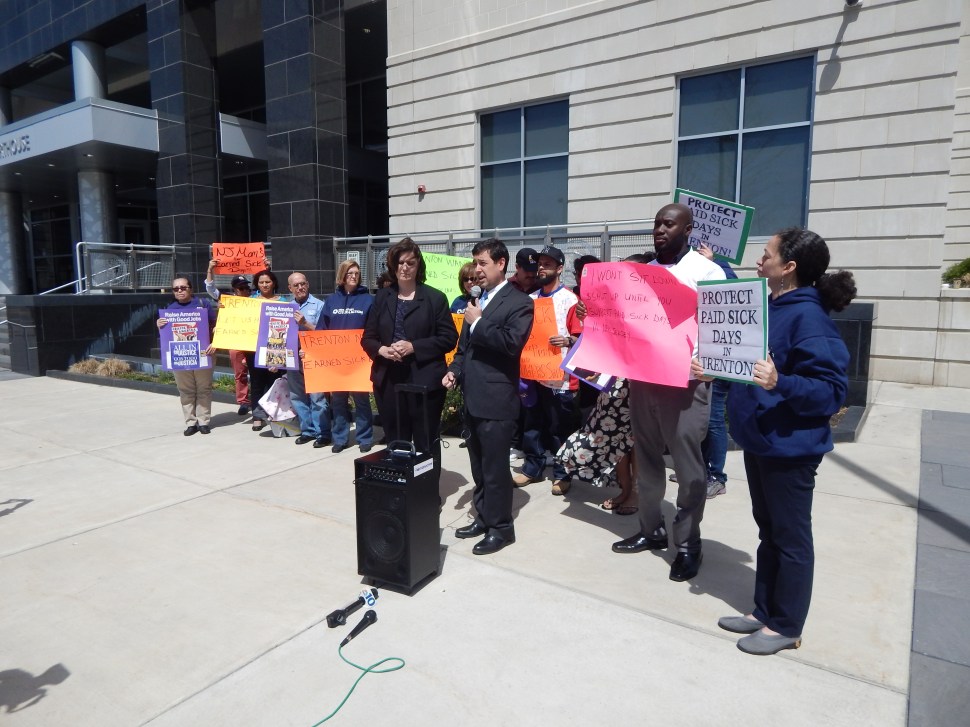 Jacobson heard oral arguments from the plantiffs of the suit, including the New Jersey Business and Industry Association, NJ Chamber of Commerce and NJ Food Council, inside the Mercer County Courthouse today, as activists from NJ Working Families and NJ Citizens Campaign rallied outside.

“This is a tremendous victory for the people of Trenton and 13,000 workers who will never again have to fear that getting sick means getting fired,” said Analilia Mejia, executive director of New Jersey Working Families. “Last year corporate lobbyists tried to stop Trenton’s earned sick days ordinance from passing and failed, and now they have tried and to stop its enforcement and failed once again. Elected leaders from the city hall to the Statehouse should take note: paid sick days is here to stay in New Jersey.”

“Today the court sided decisively with the 86 percent of Trenton voters who voted for the earned sick days ordinance,” said Phyllis Salowe-Kaye, executive director of New Jersey Citizen Action. “Thanks to the court’s decision, Trenton will be a healthier, fairer place to live and work. Now we will continue our efforts to ensure that all 1.2 million New Jerseyans have access to the time they need to care for themselves and their families when business strikes.” 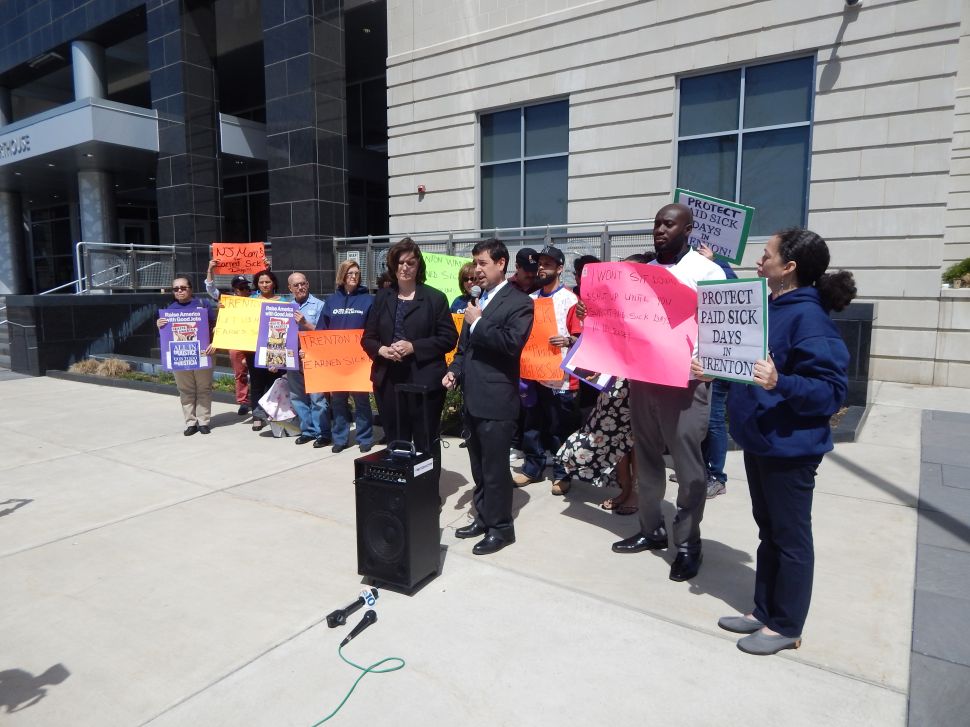