What should have been a tense and riveting two-hander about the odd relationship between a disgraced journalist and a prisoner accused of murdering his wife and three children rings false and tedious in the hands of Jonah Hill and James Franco. True Story trips and stumbles so much in the telling that you don’t know what to believe, and instead of one man’s irony you end up with two men’s lies.

The men include Mike Finkel (Mr. Hill), a disgraced New York Times investigative reporter fired for embellishing the facts in a major exposé of the slave trade in Africa today. With a career in crisis, he is aroused from shame by a phone call from another journalist who informs him that an accused killer named Christian Longo (Mr. Franco) was using Finkel’s identity at the time of his arrest in Mexico. When his curiosity leads him to a face-to-face prison interview, Finkel learns that Longo had been a big fan of his writing for years, and now he wants to reveal the secrets behind the murders that have never been made public.

Finkel smells a way to revive his status by writing a juicy book that tells the killer’s side of the grisly story. Longo plays it cagey, refusing to admit guilt while dangling the writer on a string hungry for more details. Charming, sensitive and appealing, James Franco gives one of his rare understated performances—up to a point. The two men form a bond as the interviews, research and intrigue add up to a potential best seller. Then, the trial.

During his big monologue on the witness stand, Mr. Franco makes so many ridiculous faces that he looks like an escapee from Planet of the Apes, turning the character Mr. Hill trusted into a clown and the writer himself into something of a naïve fool. The quiet, reserved style of director Rupert Goold (who co-wrote the screenplay based on Finkel’s book) fails to underscore the writer’s mounting desperation as he teaches the inmate how to be a better writer in exchange for revelations that remain a mystery. The best scene in the movie is when Finkel’s wife Jill (Felicity Jones, surprisingly wasted after her Oscar-nominated star turn in The Theory of Everything), realizes how much his unorthodox obsession with Longo is driving a stake through the heart of her own relationship and pays a personal visit to the prisoner in an attempt to expose his charade herself. This scene has nothing to do with the central tension between the two men, yet it’s the most engagingly written confrontation in the movie, which tells you a lot about how impotent True Story is as a whole.

The two male stars are miscast. Mr. Hill is better in dramatic fare with comic overtones, like Moneyball and The Wolf of Wall Street. He is not a leading man and his role as a diligent reporter fails to convince. Mr. Franco fares better, but as a team they never work up much lather, their acting styles are too mannered and smug, and their symbiotic relationship never ignites. It’s important to stick around for the coda, which explains how Longo’s guilty confession has made Finkel’s book obsolete, although the two men still correspond with each other and speak on a regular basis.

So in the end, True Story turns from a thriller about a man who savagely murdered four people into a cautionary warning that you can’t trust anybody to tell the truth on either side of the law. It leaves you wanting more, in a much better movie. 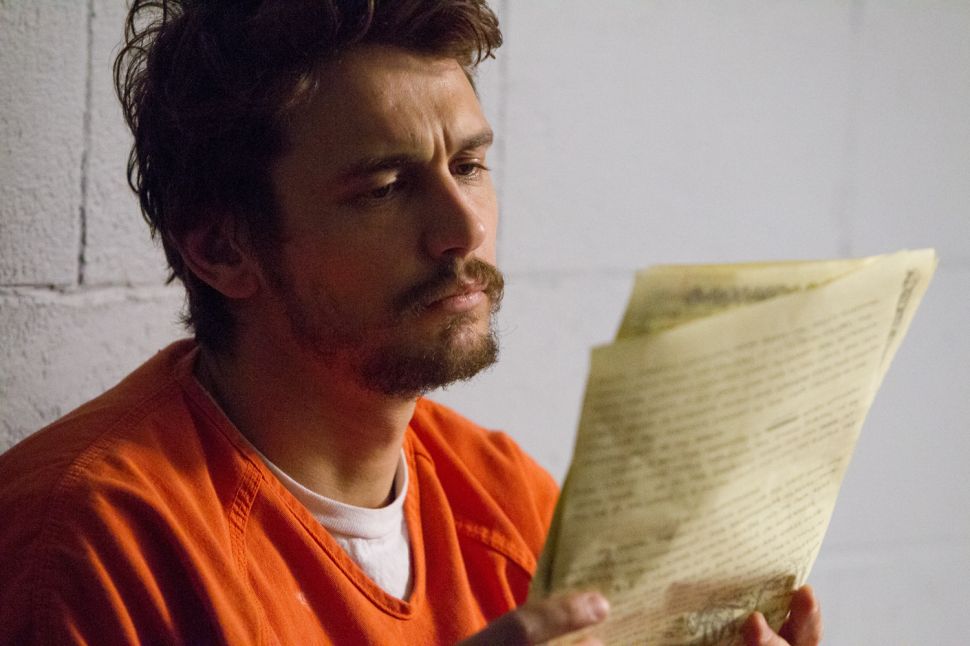