Based on Alexander Rose’s book about espionage during the revolutionary war, the AMC series, TURN: Washington’s Spies takes viewers deep into the treacherous world of the Culpher Ring, America’s first spy operation.

Leading the group is young Abraham Woodhull played by British actor, Jamie Bell, who shot to fame while still a teenager by starring in the title role of Stephen Daldry’s Billy Elliot. Washing

After a career exclusively in film, Bell is in his second season as the lead character on the drama admitting right out that he wasn’t particularly looking to work in television per se, but when the project came along he find the material really appealed to him. “Immediately I could see how rich and complex this was and I really liked how the character had such a great arc to it.”

The convergence of television as a preferred form of media by consumers wasn’t something that lost on Bell either, as he says, “I’d been aware for a while just how much TV is impacting the world. When I first came to American and I saw billboards for TV shows, I was like, ‘why is a show on a billboard – that’s for movies!’ That was crazy to me. But I realize that TV is a big thing here because it’s gotten really, really good. In some ways it’s surpassed films in the way people invest in shows and characters. That’s what I wanted to be a part of.”

Specifically with regard to TURN, Bell was drawn in for a number of reasons, revealing, “It’s a spy thriller and that fascinated me in general with the high stakes and the drama created between the characters, and it’s also an historical story. It’s also a true story that not many people know about. It just seemed like a great thing to jump into.”

The story may be true but when it comes to the character of Abe Woodhull, Bell confides that when crafting his portrayal of the man, he realized that he had a great deal of work to do. “There isn’t much known about these people really. Most of the information about them comes from correspondence with George Washington and that really only gives us limited knowledge about Abe and what he did. So, we knew his name and where he came from. We knew he was kind of paranoid and that he was on edge a lot because of all the lying. We wanted to make sure to show that he’s terrified all the time that at any point all of the things that he’s juggling could go very wrong. Along with all of that, we really wanted to show that Abe, at his core, is just an ‘everyman,’ who was a farmer and a family man, just like a lot of people today, but then he suddenly had this incredible calling and responsibility thus on him and this is about how he handles all of that.”

Bell thinks that it’s that ‘everyman’ quality that attracts viewers to Woodhull’s story, saying, “This is an ordinary guy in an extraordinary situation. He’s not a spymaster, he’s not militarily inclined, he’s not on the warpath. He’s actually very against the war, he doesn’t want to be any part of it, but then he has to do something. He’s constantly evolving as a man, as a spy and I think people can understand the need to fight for something that’s bigger than yourself, even when you’re scared to do it.”

Because of the duplicitous nature of the character, it’s as though Bell is playing two different roles. “It’s tricky. There’s a lot of lying and hiding that goes on with this guy. I remember doing a scene where my character was actually telling the truth and how much of a relief I felt doing that. It was such a weigh off and I knew why I was enjoying the scene so much.”

Having grown up in the England, Bell found several unexpected elements in the material. “I mean I knew that nothing about this was black and white, but I was really surprised by just how all of this divided people within their own families. They were turning on each other. To me that’s fascinating and I think the show looks at that a lot. I also really didn’t understand the political methods of the day and this show brought that into focus for me. Another thing that surprised me was to realize just how aggressive the British really were and how truly close Washington was to losing the war. These are things that you just don’t really understand until you truly dig into what really happened and how it all unfolded.”

Bell insists that the show isn’t just a niche show for those viewers clamoring for a spy thriller or a period piece. “It has those elements for sure, but that’s just a general label really. What makes it more than just espionage and costumes is that it shows what it took for these kids, and it was really this group of young people taking this on, to defy their families, their wives and their friends and and how they risked everything to go fight in this war in the way they really believed in. I don’t think many English people learned about these aspects of the war and in American I think you learn about the Founding Fathers but maybe not about the intricacies of what really happened during the war. It’s about how this county came to be. So it’s all of these things. There’s really something in this for everyone.” 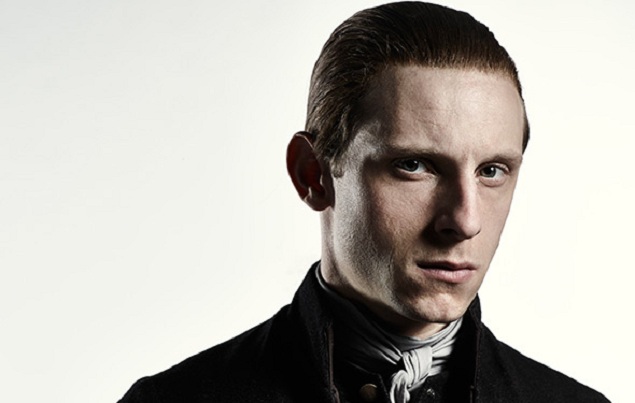