The problem of journalism, says Edward Jay Epstein in his seminal book Between Fact and Fiction, is simple. Journalists are rarely in a position to establish the truth of an issue themselves, since they didn’t witness it personally. They are “entirely dependent on self-interested ‘sources’” to supply their facts. Every part of the news-making process is defined by this relationship; everything is colored by this reality.

This has always been so. I mean, Epstein wrote that in 1975. But today, journalists online not only continue to be dependent on such sources but due to their own incentives for traffic and social attention, are themselves conflicted. A source is interested in seeing the story happen one way, and often the blogger is interested in seeing it go the exact same way.

It’s what happened earlier this month when a source deceived an Observer reporter as part of an April Fools’ Day prank. They were trying to get attention for their company, the writer thought she had a hot exclusive. This is partially what happened with Rolling Stone’s recently retracted rape story—though the reporter appears to have also been partially motivated by sincere beliefs too. Still, it’s clear that skepticism was suspended for the sake of a bigger bombshell which let a source(s) mislead a reporter.

We see this often with popular sites that will take anonymous leaks, submissions and accounts and publish them unchecked on their sites. Why would they vet this material? Why verify it? It’d only serve to qualify or temper the incendiary or provocative nature–or worse, eliminate the possibility of publishing altogether.

The most appalling but banal example of this trend is the service HARO. Short for “Help a Reporter Out,” it’s a site that connects hundreds of “self-interested sources” to willing reporters every day. The service, founded by PR man Peter Shankman, is the de facto sourcing and lead factory second-rate lazy writers and mediocre publicists. According to the site, nearly thirty thousand members of the media have used HARO sources, including the New York Times, the Associated Press, the Huffington Post, and everyone in-between. It’s basically Craigslist for lazy journalists.

What do these experts get out of offering their services? Free publicity, of course. Lots of it, and very easily. In 2011 and 2012, I spent approximately two months on the service pretending to be an expert and watched in amazement as stories fell into my lap. The result was utterly false but totally real appearances in outlets like the New York Times, CBS, ABC News, MSNBC, etc. I was quoted as an expert on vinyl records, boat winterization, barefoot running, investing and a ‘germ warfare survivor.’ When I exposed this (nobody caught me, that’s for sure), the reaction was swift and decisive.

Everyone in journalism who has become dependent on this pathetic crutch immediately sought to defend it. In a debate with the founder, I explained that Upton Sinclair’s line about how hard it is “to get a man to understand something when his salary depends on him not understanding it” likely applies. He got so angry that Skype froze as he jabbed his finger at the camera.

Even though a site that offers “free publicity” is obviously at odds with legitimate journalism, real journalists defend it because they’ve become dependent on its ease. Publicists and self-promoters use it because it gives them exactly what they need—legitimacy. As a result, HARO and bad and vulnerable practices like it continue to be as prevalent as ever.

An example: The New York Times recently published a story on vaping. The reporter found her sources, apparently, by sending out the following tweet:

If you’re a teen that vapes and want to talk to a reporter twice your age about why you love it contact @stavernise sabrinat@nytimes.com

If you’re a teen that vapes and want to talk to a reporter twice your age about why you love it contact @stavernise sabrinat@nytimes.com

One of the responders quoted in that popular trend piece now claims they made the entire interview up. Ironically, they admitted it to Gawker in a piece that likely involved very little fact-checking. A few days later, Gawker posted an open trolling for anonymous sources for a story about BuzzFeed on the front page of the site.

Now how could all this have been avoided? People could actually do their jobs and not hold open calls for sources. When the New York Times published my utterly bullshit quote about vinyl records back in 2012 and faced criticism for it, some defended them by saying: How else should they have found a source for the article? The answer was simple: “Um, how about go to a record store and talk to a real human being there?” The same applies here. This reporter didn’t feel like actually finding a teenager using an e-cigarette–not when outsourcing it to Twitter could save them getting off of their ass. Gawker could, you know, email or call people who work as Buzzfeed and conduct real interviews.

It’s funny, in the years since I appeared in the Times as a vinyl record expert—of which I knew literally nothing about—I’ve actually become an advisor to a startup that is the world’s most popular vinyl record club. I probably could be legitimately quoted now—as just about anyone in that industry at the time easily could have been. But finding those people takes a little bit of research. Isn’t that what we pay these bloggers for? No, we pay them to get clicks.

We currently live in an attention economy. That is, attention is a precious and rare resource. Everyone wants it for a myriad of reasons–and journalists by nature of their jobs have some control over that attention. This means they must be vigilant, protective and skeptical of those who seek to reach it through their writing.

Today, the online-driven news cycle is going a million miles a minute in a million directions. Some outlets may still try to verify their sources, but it hardly matters, because no one else does. This creates endless opportunities for marketers, pranksters, and propagandists to slip in and twist things to their liking. As Epstein said, the discrepancy between what actually happened and the version of what happened provided by sources is an enormous gray area. Of all such areas, it’s where manipulators have the most fun and direct influence.

Who are these manipulators? Well, anyone selling a product, a message, or an agenda. Sometimes it’s funny—as it was with Ship Your Enemies Glitter. Sometimes it’s ideological—as it was with Peter Young and his left wing activism. And as we’ll see in the future, it will become dangerous and political as enemies seek to turn our media system against us.

Journalists say HARO or tweeting for sources is a research tool, but it isn’t. It is a tool that manufactures self-promotion to look like research. It’s how your bogus trend-story sausage is made. It’s how journalists get snowed. It is deliberately setting oneself up for confirmation bias. It says: Tell me what I want to hear so that I might finish the story I’ve already written.

Instead of researching a topic and communicating their findings to the public, journalists simply grab obligatory—but artificial—quotes from “experts” to validate their pageview journalism. To the readers it appears as legitimate news. To the journalist, they were just reverse engineering their story from a traffic-friendly premise.

It also helps bloggers create the false impression of balance. Nobody is speaking to sources on both sides. They’re providing token space to the opposition and nothing else. It is a sham. As a fairly regular media source, I constantly receive emails from bloggers and journalists asking me to provide “a response” to some absurd rumor or speculative analysis. They just need a quote from me denying the rumor (which most people will skip over) or to allude to an alternative point of view so that they get to justify publishing it without sacrificing their self-image.

The reason for all this is simple and sad: It’s not just outside sources who want to manipulate the media any more. They’re not the only one with calculated self-interest at play. In fact, the writers who once saw it as their job to mitigate the bias of their sources are now as biased and conflicted themselves.

Think about that the next time you read anything online. 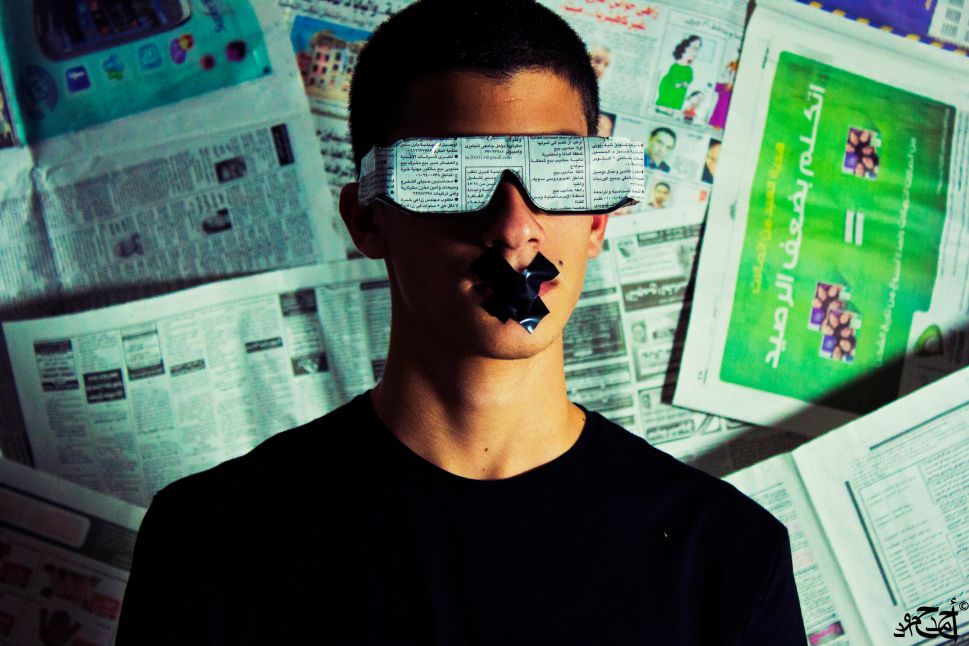