Joining a long queue of Saturday Night Live graduates trying desperately to out-rank Tina Fey in solo movie turns, bland Kristen Wiig dominates the restless, unsettling and only sporadically amusing Welcome to Me, playing a mentally ill woman with manic-depressive borderline personality disorder who wins the $86 million lottery in Palm Desert, Calif., fires her shrink (Tim Robbins, of all people), goes off her meds, and starts her own cable TV show, hoping to become the new Oprah. From this strained idea, a 15-minute SNL skit stretches across 105 minutes of blunted jokes, poorly directed situations and underwritten characters in search of a full-length movie. Instead, it turns into just what we need—another full-length reality TV series.

Although the movie would have been more interesting with a valid investigation of Alice Klieg’s personality disorders instead of treating them like comedy routines, Ms. Wiig’s off-the-wall performance has moments of awe. Alice is a mass of tics and neuroses best observed from the other side of a one-way mirror, but as loony as she appears, she quickly finds a willing buyer for her zany ideas when she approaches a failing company that produces infomercials run by two handsome brothers—Rich (James Marsden), who sees a chance to save the company when Alice writes an immediate check for $15 million, and his on-air partner Gabe (Wes Bentley), a TV guru who pitches algae as food and a sex addict who overcomes his trepidation about hiring Alice when she reveals her true talent in the sack as an enthusiastic after-hours nymphomaniac.

The movie is nothing more than a labored series of skits that play like ideas from rejected TV pilots. Some of them are admittedly amusing, as Alice’s demented show, called Welcome to Me, catches on with the local public in the Palm Springs demographic (big surprise!) by featuring the reality star’s strategies for better orgasms, mood-altering wardrobe colors and crying jags on camera between monologues about birth defects, oral sex and diet recipes like meat loaf cake with mashed sweet potato icing. Joan Cusack is the only genuinely funny character in the movie because she plays it totally straight as the cynical, disgusted director of Welcome to Me who finally throws in the towel despite the ratings, when Alice starts neutering and spaying dogs in close-ups that go viral.

Directed by Shira Piven from a screenplay by Eliot Laurence that seems more improvised than written, Welcome to Me is so bad it defies description, but it only takes hold if you regard it as a satire of cable television in general, which I’m not at all sure it intends to be, and the reality phenomenon specifically, of which the forthcoming show about Bruce Jenner promises to be infinitely more incredulous. But when you think about the dreck that is polluting the airwaves already, then realize that maybe psychotic television could be the wave of the future; Welcome to Me builds a narrative terror that is inescapable. 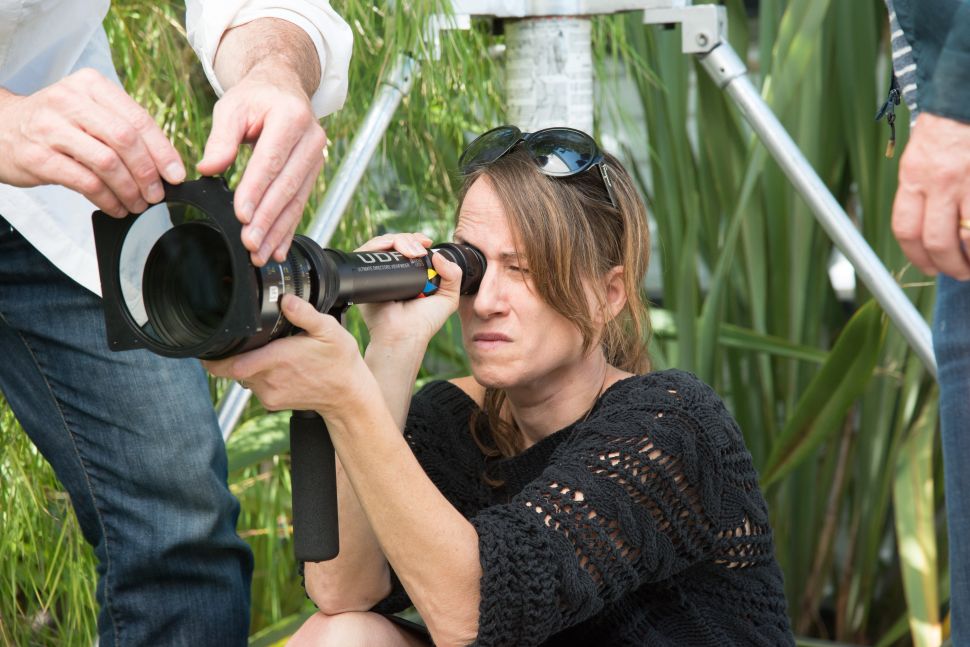