Kyrillos and Christie have been so close over the years that speculation in the aftermath of the state senator’s gift to Jeb Bush ran to the argument that it’s a sign of Christie hedging his own presidential bets with a dispatched emissary. Others postulated Christie’s nonstarter national status.

But another source insisted no, putting an underline on the senate seat, and specifically the senate seat left vacant when U.S. Senator Frank Lautenberg (D-NJ) died in 2013. Kyrillos ran in 2012 and came up short to Menendez, but based on that effort, the senator is said to have assumed he would be the frontrunner to be Christie’s 2013 choice.

The falling out, the source said, occurred back when Christie hand-picked Attorney General Jeff Chiesa for the U.S. Senate vacancy. Kyrillos felt Chiesa had not done anything for the party and therefore it was a major slight to him, the source said.

In retrospect, the timeline fits. Ever before a diehard and vocal Christie backer, Kyrillos opted out of playing the role of front-line Christie apologist in the aftermath of Bridgegate, a duty instead undertaken by Assembly Minority Leader Jon Bramanick (R-21). 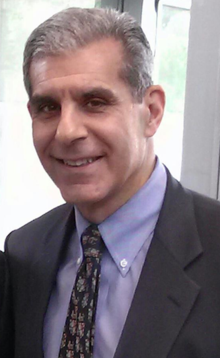