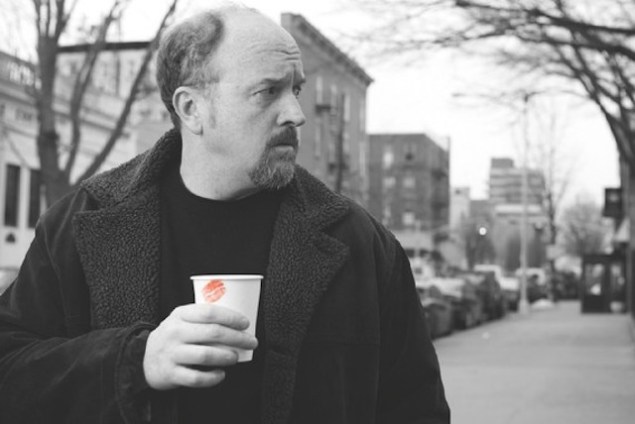 I’ve got to admit it: I am not the world’s hugest Louie fan. Oh, I like the show just fine, but I’m just going to eat a big one here and say that I don’t quite understand the nature of the FX not-comedy*. Nor am I alone: the previews for the show are all man-on-the-street interviews with people trying to come up with ways to describe both the show and its creator/producer/writer/star Louis CK.
[youtube https://www.youtube.com/watch?v=rfBb5kim5oA&w=560&h=315]
[youtube https://www.youtube.com/watch?v=tUJ-CU4U2zg&w=560&h=315]
[youtube https://www.youtube.com/watch?v=FMzoGwfT9_c?list=PLWbjNXnpYvJ5aeKxEoALcss5lPP8QUGO9&w=560&h=315]
[youtube https://www.youtube.com/watch?v=UGhx5dphZ3M&w=560&h=315]
But as much as Louie didn’t turn me on, it didn’t turn me OFF enough to really warrant an outraged think piece about misogyny in middle-aged, white American men, either. I thought the fat lady episode was…a little on the nose? But not a bad attempt, per se, at trying to be empathetic to different forms of the human condition. Which is what Louie is, in the end, more so than any Woody Allen flick: a long-form meditation about the symptoms of the human condition. Those little tics and preferences, grievances and tribulations, opinions and petty-fogging devil’s advocacy that could be found in any random person chosen from a New York City subway platform. Why is Louie, as a character, special? Because he’s not.

The fifth season’s premiere seemed more accessible now that I understood the fear of existential anonymity driving the force of the show, or maybe it was just funnier (as Louis C.K. has claimed this season would be). Louie attempts to participate in his daughter’s potluck and finds himself in some hare krishna ritual/UCB improv game/Sedar at my born-again Feminist mom’s house scenario before realizing he’s got the wrong apartment. Downstairs, Observer fan favorite Judy Gold shows off her and her partner’s surrogate to a crowd of women, boasting of natural birthing and unaccredited hospitals. (See! That line! Right there! That’s a laugh line! That could have been lifted straight from Archer!) “This is a private conversation,” Marina (Gold) hisses at Louie as he attempts to socialize by comparing her and her partner’s choice to not know which egg ended up in the surrogate to a game of Yahtzee. For the record, that could have been straight from Curb Your Enthusiasm, which I always found too cringe-y to be funny. Sorry. I’m a monster, I know.

The element of Louie that I’ve always been impressed by is his ability, as a storyteller, to go in unexpected directions. I’m like a psychic when it comes to guessing television plots, because most television isn’t that subtle in directing you to the Chekov’s gun in the scene or episode…the one thing you have to pay attention to in the beginning so it will pay off later. But Louie refuses to go that route, so while I kept insisting, “He’s going to realize he prefers it upstairs, with the weirdos” –especially after meeting the bi-racial doppleganger couple downstairs who seemed like an annoyingly warped mirror version of the two we were introduced to–that never happened. There wasn’t even a feint in that direction: either you got it, intrinsically, that the upstairs session was somehow more “pure” than the Yuppie potlock, or you didn’t. There’s no going back. For all of Louie’s searingly weird imagery in the show and overuse of conceptual themes, it doesn’t really spend a lot of time shitting with the narrative.

Instead, Louie leaves the party with Marina’s surrogate, a very pregnant Julianne (Broadway’s Celia Keenan-Bolger). Where is Pamela, from last season’s finale, when Louie starts paying tribute to the “goddess” that is a crying pregnant woman looking for a quick lay? Who knows. Like I said, Louie’s momentum is to keep moving forward and not ask many questions.

Though maybe one question wouldn’t have been a terrible idea. Like, “How far along are you?” or “Is there a chance your water will break the moment after we start having sex?” (To be fair, it was more like three long beats, and I totally saw that part coming. Though Louie didn’t.) Now Marina’s birth plan has gone to shit, and she fumes at Louie for “jizzing” in her newborn baby’s face.

Hangdog as ever, Louie leaves, defeated, but also with new set material on his hands. Because this show doesn’t really let you grasp how seriously these sexual dalliances really affect Louie–sometimes the “episodes” are broken into two bits, sometimes a narrative arc can eat up three episodes, like last season’s Hungarian Amia–it’s hard for me to get closer to the situation beyond “Well, that was weird!”

Does it make a difference if Louie trying to creep on Julianne when he was in her apartment versus really just waxing poetic and trying to make a pregnant woman feel better? How much do his intentions matter? Does he like her? Does he want to like her? Or know her, past this one, brief encounter? Please, for the love of god, someone tell me what this guy wants so I know what (and who) to root for. The Pamela assault stuff is still too fresh in my mind to consider this tableau to mean anything other than Louie’s inadvertent servicing role in an accidental, almost-home birth. He’s almost besides the point. (I’m sure Marina would argue that he is literally besides the point…perhaps even obsolete. I’m not quite there yet.)

Louie, you are a nightmare wrapped in a fever dream. But that’s my problem: depending on whose fretful sleep we’re experiencing, the experiences of Louie’s characters can be interpreted as monstrous or worse…arbitrary. Or it can be seen as something grand and cosmic as participating in the birth of a new human. Or it could just be another weird life moment, in a long string of them belonging to this man, who, as the theme song tells it, is one day “going to die.”

So don’t get too invested, folks. Or rather, take Louie as it is, not what it should be. And if you ever figure out how to define the style and rhythm of this show–anti-comedy with maybe a little comedy? Surrealist dramedy? Exceptional student film?–give me a call. I’d be really interested in figuring out just what the hell I’ve been watching.

* Not even–gasp–the David Lynch episodes swayed me to be pro-Louie, though I probably lied and said they did, because I want people to like me and respect my opinion about cultural issues. 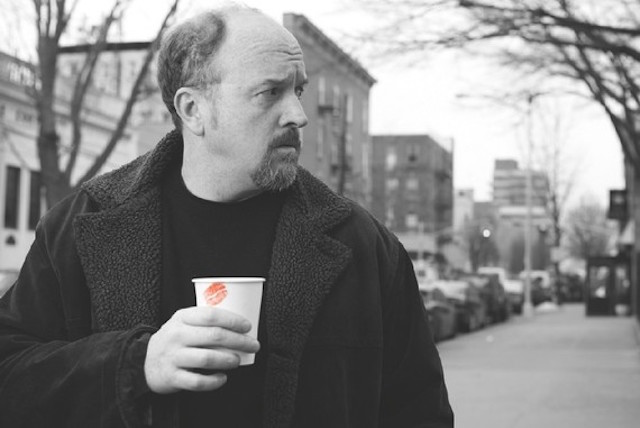