In the early moments of Mad Men’s seventh and final season opener, Don Draper says, ”Show me how you feel. Look at yourself. Do you like what you see?”

These questions could have been guiding mantra behind the series previous eighty-five episodes and given what transpires in the opening hour of the final seven, it clearly will carry through right to the very end.

As you’ll recall, last season, which aired all the way back in May of 2014, ended with Bert Cooper passing away and appearing to Don as he soft-shoed, singing that the best things in life are free, just after Roger brilliantly made everyone a shitload of money as he ousted Jim Cutler and merged the agency with McCann-Erickson.

So what’s next on the agenda?

The season opener contains plenty of throwbacks to earlier storylines to remind viewers who know the history of the show of its brilliant use of subtlety and subtext. There are points in many sequences that upon first viewing seem confusing and out of place but then reveal themselves to be well-placed amid the narrative. This is nothing new for this series and it’s what makes it so utterly intriguing.

At the center of the show has always been Don’s quest, something that’s always been ambiguous, even to Don himself, and there’s no change here. He seems completely in control and in charge in the workplace, but once outside the walls of the agency he flounders, moving toward one thing after another that he thinks will satisfy some indefinable need in his life, only to quickly discover that he’s found nothing remotely of the sort.

His colleagues don’t fare much better with Joan, Peggy and Pete and various other employees all evaluating their current status while they too search for whatever it is that might make them happy, comfortable and/or gratified.

As always, there is drama at the agency, much of it achieved via witty banter, well-placed silences and plenty of ‘frenemy’ relationships. It’s the nature of the beast to have to deal with unruly, demanding clients while concocting winning ways to sell any and all products. The continued exploration of the inner workings of this office are just such a tasty treat — the kind that looks deceptively sweet on the outside but is actually tart on the inside – that it’s hard to simply walk past this candy dish empty-handed.

While Cooper may have thought the best things in life are free, these are people who’ve built their lives on selling anything they can, any way that they can. Doing that day in and day out clearly has affected the manner in which each one conducts their lives overall, not just at work.

As the flicking flame of this wick heads toward eventual extinguishment, creator Matthew Weiner told NPR recently that while he’s not feeling particularly melancholy about the ending of the series, he hopes the audience is.

I think it’s safe to say that we are. Well done Mr. Weiner.

In conclusion, I must say that it was really challenging to not give anything away here but yet try to evaluate an hour of the show that has set the standard by which all other dramas are now evaluated. I hope I accomplished it to the level of your satisfaction. It truly seems to be a gift to watch something completely unknown unfold in these days of instant notification, and that’s something I would never want to deny anyone.

If I have one more thing to say about this first episode of the final season of Mad Men it’s that when contemplating the answer to Don’s question, ‘Do you like what you see,’ I have to say with, absolutely certainty, I do, and I think you will too.

The final season of Mad Men begins Sunday night at 10/9c on AMC. 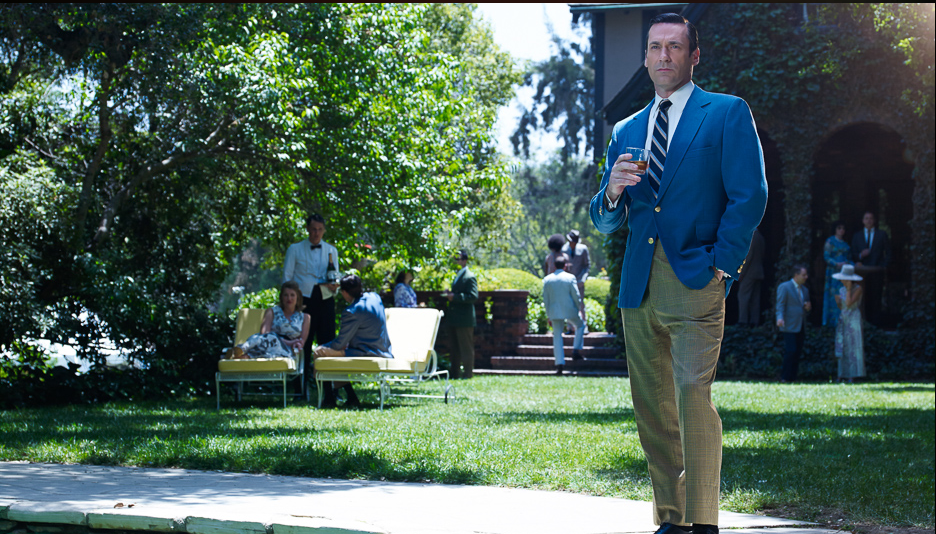