It started off as a simple idea to promote Earth Day—swim the one of the most polluted bodies of in the United States to bring awareness to pollution in our streams.

Clean activist Christopher Swain, 47, had hoped to be the first person to swim the Gowanus Canal, Brooklyn, Wednesday but instead he was faced with strew of difficulties including health and safety issues from local authorities, discouragement from local businesses and impending weather conditions.

Mr. Swain’s original plan was to swim all 1.8 miles of the canal, which was added to the Superfund National Priorities List in 2010 to maintain the contamination of the , and is chock full of PCBs, coal tar wastes, heavy metals and volatile organics, according to the Environmental Protection Agency. The EPA also advised Mr. Swain to not go ahead of with the swim due to fears of contamination.

Upon arriving at the his original entrance point on Butler Street Mr. Swain learned that his original plans were to be changed after the owner of the property scheduled to be used as the launch site changed their mind, according to the NYPD.

After relocating a block down to Degraw Street, the NYPD once again informed Mr. Swain that he couldn’t get into the because the original site where he would come ashore was backing out due to fears of the decontamination process.

“The problem is that there was nowhere that we could figure out down there that works for everybody including the city, there’s a lot of different issues with property ownership and liability, decontaminating and all that kind of stuff,” Mr. Swain told press before embarking on the big swim. “There was a layer of issue that we didn’t know about because we were dealing with the private land owners and we didn’t know the city would have an issue with that.”

Following a few phone calls, Mr. Swain finally got the approval from Bayside Oil Depot, saying he could end his swim by decontaminating his body on their land with bleach .

In the end, however, Mr. Swain didn’t even make it that far.

Before diving into the murky , Mr. Swain donned a dry suit specially designed to ensure maximum protection to his skin from the harsh chemicals and bacteria in the .

With increasing fears about the weather warnings and the tides, Mr. Swain agreed with the NYPD to stop his swim at the Gowanus Whole Foods, completing about two thirds of a mile.

“I want to make it clear, no one is telling me to stop,” Mr. Swain told reporters on the bank of the canal. “I promise someday I am going to swim the entire Gowanus Canal.”

The City promised to organize another day for him to swim the full length of the canal. 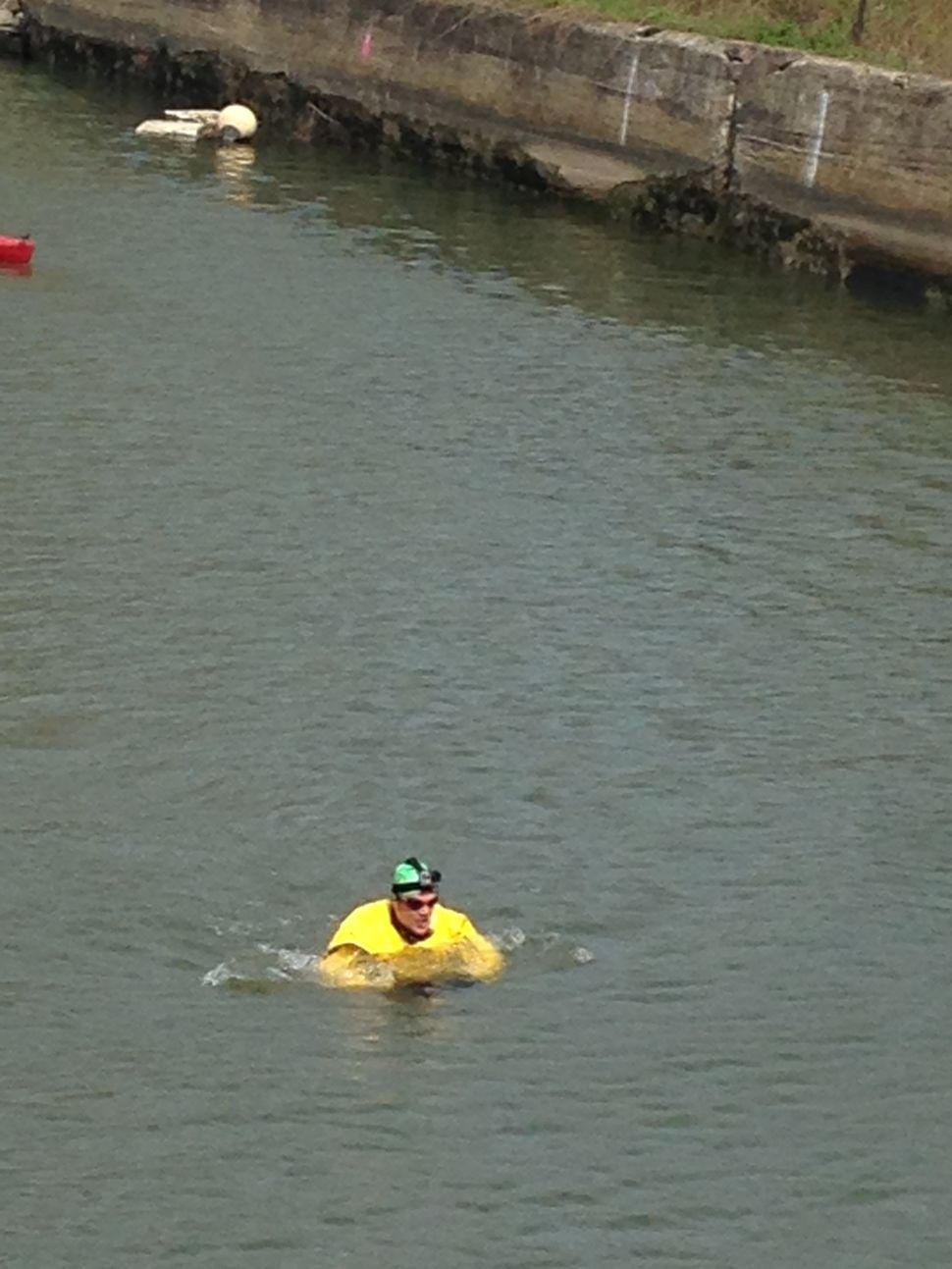