Council Speaker Melissa Mark-Viverito today referred to a remark last month by Brooklyn Councilwoman Laurie Cumbo about “blocs” of Asians allegedly moving into public housing as “unfortunate,” but said Ms. Cumbo had made amends and the Council as a body had moved beyond the incident.

Speaking to reporters at an unrelated press event, Ms. Mark-Viverito said comments by Ms. Cumbo at a Committee on Public Housing hearing about how large numbers of Asian-Americans had moved into New York City Housing Authority developments were a mistake, but not an unforgivable one.

“I mean, I clearly believe that was an unfortunate comment. I think the Council member clearly stated that it was mis-stated, and she has made her comments, so I mean, I think we’ve moved on,” Ms. Mark-Viverito said.

Asked to clarify how Ms. Cumbo’s comments were unfortunate, the speaker declined to elaborate.

“It’s unfortunate, I think I’ll leave it at that,” she said.

Ms. Cumbo, a black woman representing a largely black district undergoing rapid gentrification, addressed her comments to NYCHA Chief Executive Officer and Chairwoman Shola Olatoye at a hearing in March. The Brooklyn politician stressed that new Asian arrivals are an appreciated addition to her community, but articulated concerns from other residents of the area about how many had moved in during a short time period.

“They are having challenges in terms of understanding how one particular ethnic group, that speaks the same language across the board—I know that there are many different languages and many different dialects—but how is it that one specific ethnic group, has had the opportunity to move into a development in large numbers,” she continued.

Ms. Cumbo quickly released a statement after the hearing clarifying that her desire was to find out if NYCHA was granting a “cultural preference priority” to Asian immigrants, and apologized for any offense. 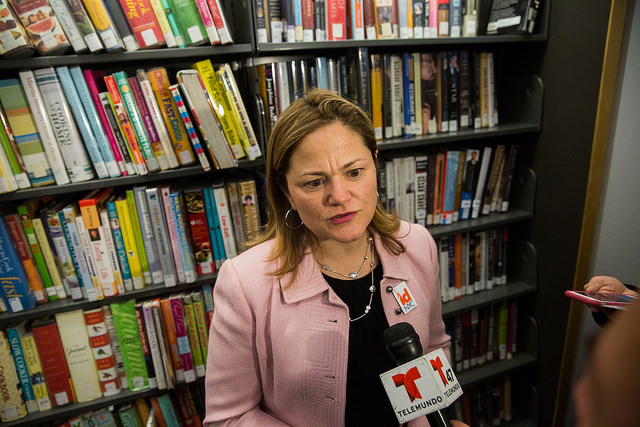