There’s no way to put this without sounding creepy: But we’ve been eyeing Max Irons, 29, playing peekaboo with the son of Academy Award-winning actor Jeremy Irons and actress Sinéad Cusack over the years; catching him smiling shyly above the collar of a Burberry trench. It was hard to ignore the handsome son one of the few actors who can turn a New York Magazine profile into a Fifty Shades compendium in a single look. “At 62, he still possesses a liquid-eyed hotness,” wrote Jada Yuan in 2011, with what one imagines as a serious flush in her cheeks. “Jeremy Irons is just so Jeremy Irons—that is to say, the man of flesh is very much the man of your fantasies.”

That’s a hard standard to live up to, but the younger Mr. Irons is no slouch. Despite not speaking a word of German, he’ll be playing Austrian Holocaust survivor Fredrick “Fritz” Altmann in The Woman in Gold (starring Helen Mirren and Ryan Reynolds and currently in theaters), before co-starring in The Riot Club, a hotly anticipated thriller about a fictional, hedonistic Oxford club. (This besides his turn on Starz’ White Queen last year.) We sat down at The Smith—the Lower East Side one—because, though Mr. Irons has lived here for several years now, he still couldn’t remember the name of his first choice, a West Side diner that was kitschy cool.

We didn’t mind. With a wide fedora and long winter coat, before asking if we could do something “cheeky” and smoke a cigarette, he was most certainly his father’s son.

What were your early memories of New York?

It was all about FAO Schwartz. It was like every year, I’d need to go. We lived on the wrong side of the Hudson. (Shakes head, in gloomy voice:)

“The wrong side of the Hudson….”

Well we were there for about nine months when I was really young, and I’ve been coming to New York City as long as I can remember. I Iived uptown, then downtown, then in the West Village. Now I’ve been in Union Square for just about two years.

Above a Whole Foods?

Actually, above a nightclub. The kind where they serve Jägerbombs.

The best of American customs.

You hear fights all night long. Last week, a guy in a suit comes in and fights with the bouncer—“I work for Morgan Stanley! I make more in a week than you do in a…”

Well, the bouncer just picked him up and threw him in a big pile of trash.

Unfortunately, I think it’s being made clear that for professional reasons, I need to move back to London. Which is upsetting, because every time I cross the bridge here, I’m filled with joy. But it turns out there are much, much fewer opportunities to be an actor [in theater] here than back in London.

What are you most excited about right now?

People have come up and [told] me on the street, “How dare you make a film so anti establishment.”

Is that really the sentiment in Britain? That these political figures or institutions are untouchable?

Among the elite, certainly. But among the majority, there is feeling that, for instance, that the riots we had a couple years ago, that was mainly the poor, working class, mainly black kids living on these estates–that are really like projects, and the state of the education system in them, you can really fall behind–and these kids, I believe, were collectively and subconsciously reacting to the lack of opportunity in their lives. Yeah, they smashed a few windows and stole a few TVs. But I don’t believe they did it out of opportunism. I believe they did it as symptomatic of something else.

This is an awkward thing … so we’re going to just stick to one question about your father, Jeremy Irons.

What was it like growing up with Scar as a father?

Oh, that was a high moment. I was exactly the right age when I saw The Lion King, like eight. And afterward I gave an interview, and I think the line they used was when I said “Fuck Mufasa!” 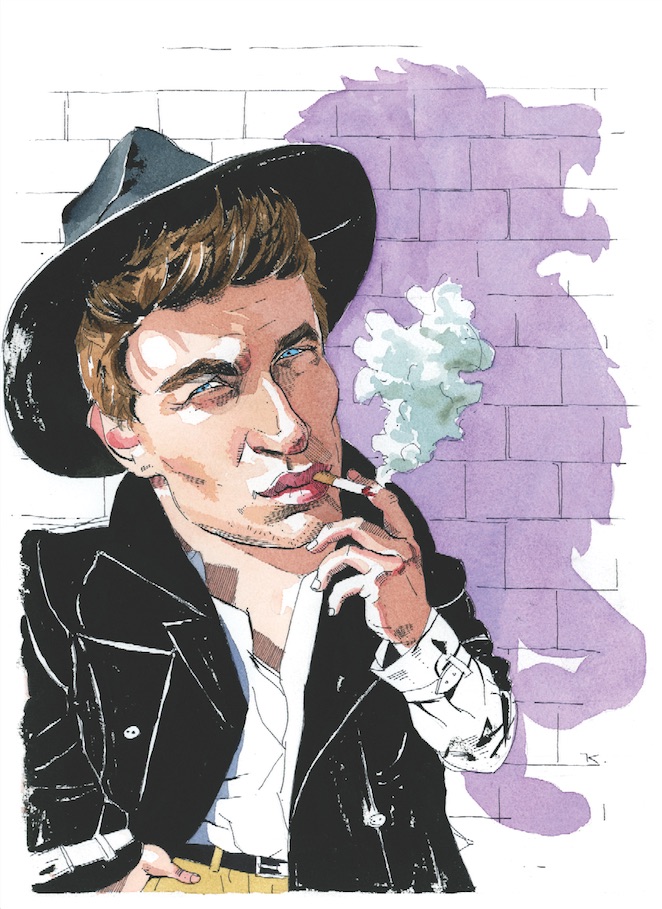