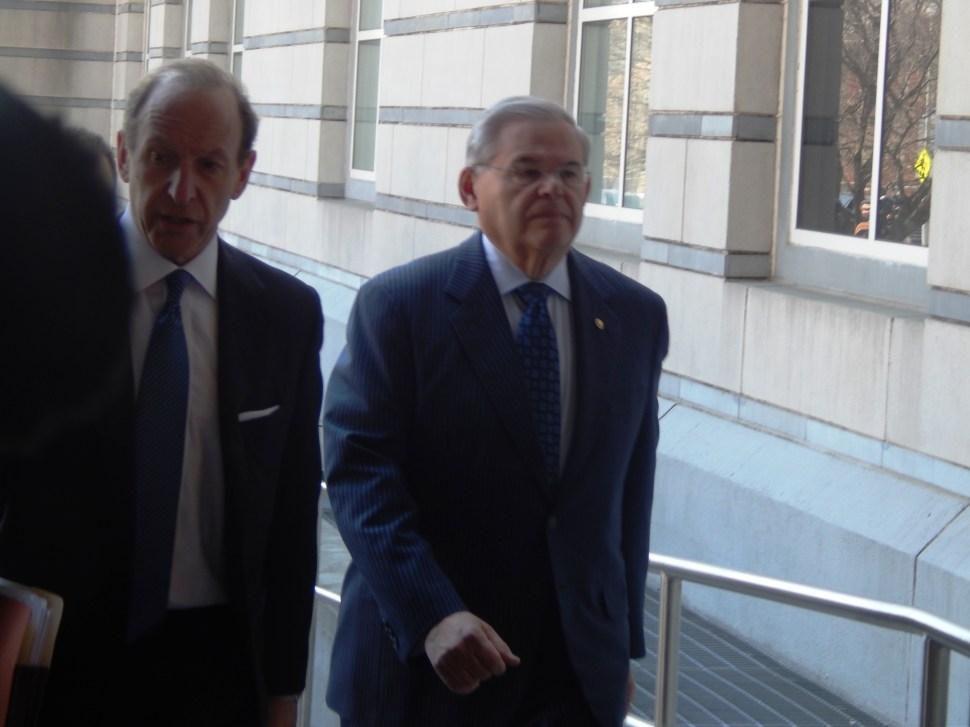 NEWARK – Making his first appearance in court since absorbing a 14-count indictment on corruption charges yesterday, U.S. Senator Bob Menendez (D-NJ) moments ago arrived and entered the downtown federal building amid the clamor of cordoned off cameramen and assorted media types chronicling his every wordless move.

Striding briskly up a corridor of press, Menendez made his way inside with his attorney Abbe Lowell.

Also indicted in the case, Florida doctor Solomon Melgen arrived a short time ago at the courthouse.

The indictment alleges that Melgen plied Menendez with gifts intended to influence official acts, a grab bag that allegedly included visas for the doctor’s girlfriends to intervening in a dispute over Medicare billing. Prosecutors say the transactional relationship included $600,000 in campaign donations from Melgen’s company, Vitreo-Retinal Consultants, funneled through a super PAC called Majority PAC. 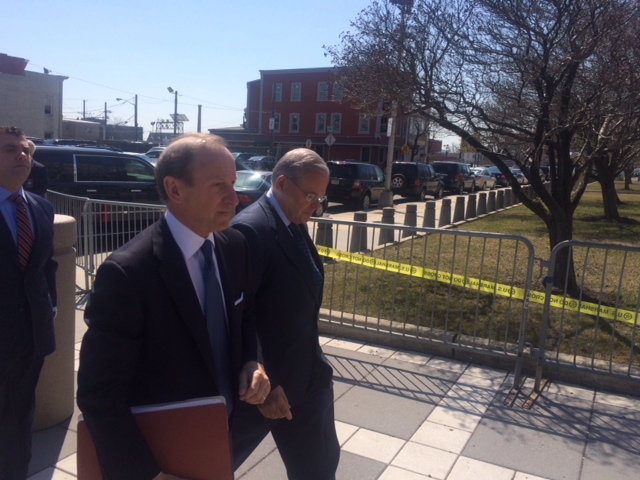 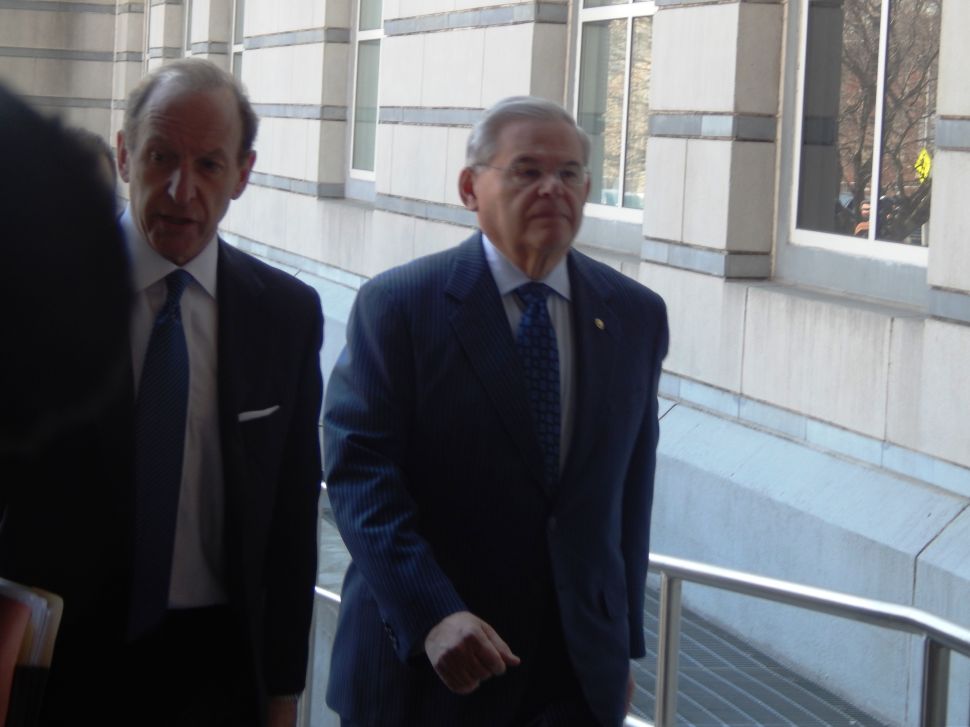