A spokesman for U.S. Senator Bob Menendez (D-NJ) says the federal indictment that dropped today was another leak from the Department of Justice, and that neither the senator nor his attorneys had received a copy before it was first reported.

Menendez was charged moments ago in a two-year federal corruption case concerning his relationship with Florida eye doctor and personal friend Salomon Melgen. He faces conspiracy to commit bribery and wire fraud, and is accused of improperly advocating for the business interests of Melgen, including by intervening on the doctor’s behalf in a medical billing dispute.

The official indictment confirms initial rumors that the ranking Democrat was to face charges, first reported by CNN. In both cases, the news has been leaked to media before reaching Menendez himself.

“You should know that neither the Senator nor his attorneys had even seen a copy or officially been notified of an indictment before it was leaked to the media,” said Steve Sandburg, Menendez’s press secretary.

The leaks have forced some to wonder whether Menendez was the target of political retribution.

Others have come to the senator’s defense in the hours following the indictment, including fellow U.S. Senator Cory Booker (D-NJ).

“Senator Menendez has had an extraordinary record of championing issues of interest for Hispanics not just in New Jersey but throughout the country,” said Michael J. Plata, President of the Hispanic Bar Association of New Jersey in a statement. “The Senator continues to have a major impact on the everyday lives of all New Jerseyans. Senator Menendez plays a fundamental role in ensuring that our community’s voice is heard in the halls of Congress and before the most deliberative body in the world. We are confident that Senator Menendez will remain committed to the advancement of all people regardless of age, color, ethnicity, or creed, and we stand ready to continue to work with him on our shared goal of making our nation more inclusive.”

Menendez will hold a press conference at 7 pm tonight in Newark. 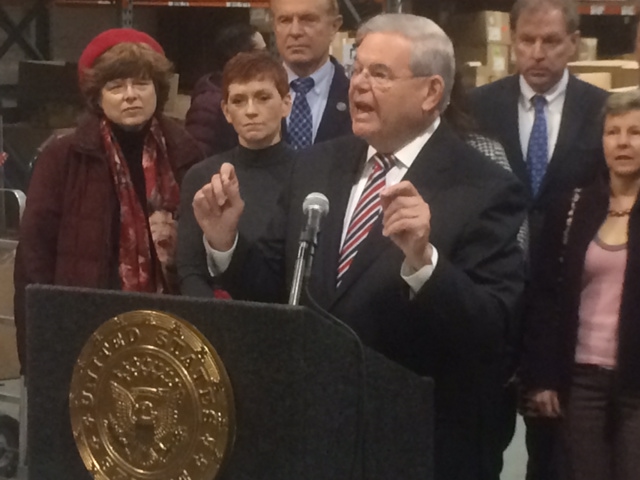