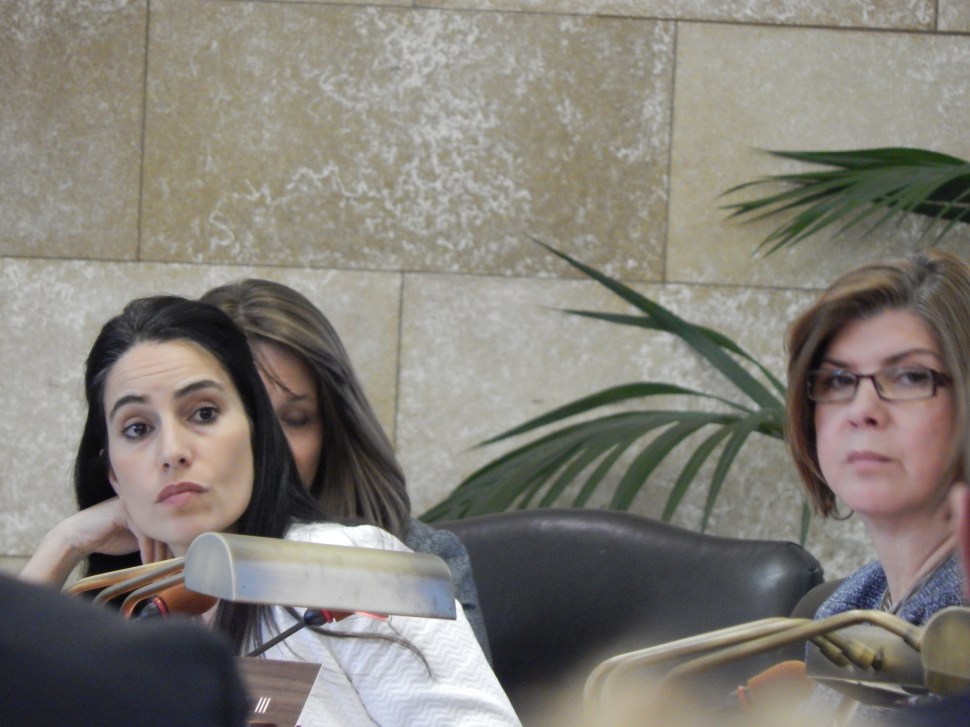 Acting Attorney General John J. Hoffman announced this morning the charging of two employees of the North Bergen Department of Parks and Recreation.

Abraham Garcia, 56, of North Bergen, and Walter Somick, 46, of Wayne, stand accused of third-degree theft by deception and third-degree tampering with public records or information, for allegedly submitting false timesheets to collect numerous hours of pay for times when they were not working for the department, Hoffman said. (Pizarro/PolitickerNJ)

AG expands on defense of Exxon settlement, calls it the result of ‘litigation’

TRENTON — Acting Attorney General John Hoffman expanded on his defense of the state’s $225 million settlement with Exxon Mobil over a series of environmental damage lawsuits today, arguing the final figure represents a carefully-litigated medium between what the state’s lawyers had estimated the company’s liability to be versus what Exxon estimated its liability to be during trial. (Brush/PolitickerNJ)

TRENTON — Red in the face and crusading against what he called a “revisionist history” of the state and its economy, Senate President Steve Sweeney (D-3) delivered a sweeping condemnation of Gov. Chris Christie’s leadership at home and his “misguided priorities” abroad during a press conference in the statehouse this afternoon. (Brush/PolitickerNJ)

Sweeney wants Christie to give up ‘revisionist history’ of economy, come back to New Jersey | New Jersey News, Politics, Opinion, and Analysis

George Orwell Alert: What is the worst word/expression in politics right now?

George Orwell Alert: What is the worst word in politics right now?

Lessons in Leadership: Madam Mayor… Own Your Mistake!

A powerful lesson in leadership: take responsibility for your actions as well as your words… especially when things go wrong. (Adubato/PolitickerNJ)

TRENTON — Acting Attorney General John Hoffman said today that Gov. Chris Christie’s decision to send some 150 state troopers to Maryland to assist in the fierce riots sweeping the city of Baltimore this week is an opportunity showcase the “dedication and professionalism” that law enforcement officers have exhibited in New Jersey. (Brush/PolitickerNJ)

Responding to the imminent departure of Stockton University’s president, Senate Budget Chairman Paul Sarlo (D-36) today sent a letter to the university requesting that the acting president and/or chairman of the board of trustees appear before the committee this Thursday. (Pizarro/PolitickerNJ)

Christie and Sweeney find themselves on opposite ends

According to a NJ Advance Media report published on Sunday, Sweeney said Democrats are likely to send Christie a budget that includes tax hikes and budget cuts to include another $1.8 billion pension payment by the end of the year. (Scott/NJ101.5)

Christie and Sweeney find themselves on opposite ends

“The fact is that we have until June 30 to pass a budget and I’m confident we’ll do that,” Christie said last night during his monthly radio show on NJ 101.5 FM.

Christie is signing a pair of bills aimed at helping to curb prescription drug abuse in the state.

They altered insurance reports and cheated Hurricane Sandy survivors out of money to fix badly damaged homes. Now New Jersey’s House representatives want federal hearings to get to the bottom of who knew what when.

Hearings opened today aimed at uncovering how fraud occurred post-Sandy and how the federal flood insurance program might be reformed. NJTV News Correspondent Michael Hill’s been monitoring the proceedings in D.C.

Fraud in this case is a word a FEMA official said be careful throwing around. First, this task force includes all four senators from New Jersey and New York. They heard how about how the low payouts are slowing the recovery. (NJTV)

If this is what you think of when someone mentions Camden, New Jersey, Mayor Dana Redd brought in some of her friends in high places to show that you’re only seeing part of the picture.

“Camden is changing. Camden is on the move. Camden is coming back,” said Congressman Donald Norcross. (Cruz/NJTV)

Sweeney shows up at Cunningham fundraiser

Vermont Senator Bernie Sanders might become the first official challenger to Hillary Clinton’s presidential bid, according to reports that say the well-known independent is planning to launch a campaign for the Democratic nomination on Thursday.

Gov. Chris Christie, as he charges ahead with what looks like an inevitable presidential bid, has not held an open-ended press conference in New Jersey in six-some-odd months. The slow extinction of the once-routine event has drawn the ire of state and local reporters, many of whom have bemoaned the prospect of being shut out by an upwardly-mobile governor after years of direct access.

But that’s about to change, according to Christie public schedule for Wednesday, April 29th. According to the governor’s office, Christie will indeed have a press availability tomorrow, following the signing of two bills to help prevent prescription medicine and opioid abuse at a treatment center in New Brunswick. Details below. (Brush/PolitickerNJ)

A California judge has ordered U.S. Rep. Tom MacArthur’s (R-3) former insurance services firm, York Risk Services, to pay over $8 million in back overtime and interest to 122 employees who sued the company, according to a report in the Burlington County Times.


In what looks like the ultimate Get Smart operation, an ally of the Wiley camp is posing as a hotdog vendor while actually mostly distributing campaign literature in the increasingly acrimonious and ridiculous West New York mayor’s race, according to allies of the Roque Camp.

According to an ally of incumbent Mayor Felix Roque, the man above is not working and at a local school distributing literature favorable to challenger Commissioner Count Wiley. (Pizarro/PolitickerNJ)

Some of North Jersey’s leading Democratic lights turned out last night to Newark’s 27 Mix in support of Assemblyman Benjie Wimberly (D-35) of Paterson.

New Jersey Citizen Action (NJCA) today filed an amicus curiae legal brief in support of public worker unions suing Governor Chris Christie for breaking the law and refusing to fully fund the pension system. NJCA is also introducing into evidence a video proving that – when he signed his 2011 pension and benefits reform bill – Christie understood full-well he was making a binding contractual commitment to pay down the unfunded liability of the pension system. (PolitickerNJ)

This today from Bloomberg as the state awaits expected indictments tied to Bridgegate:

“The U.S. Attorney’s Office in New Jersey is investigating whether United employees made improper attempts to influence Samson at the Port Authority of New York & New Jersey, according to people familiar with the investigation. The authority oversees Newark Liberty International Airport.” 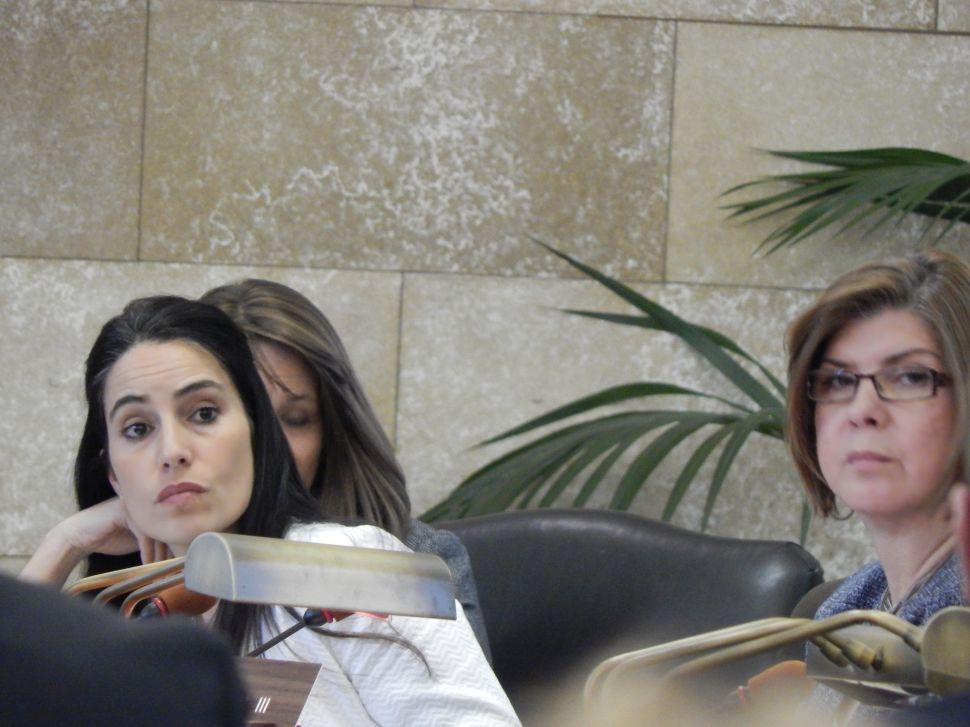