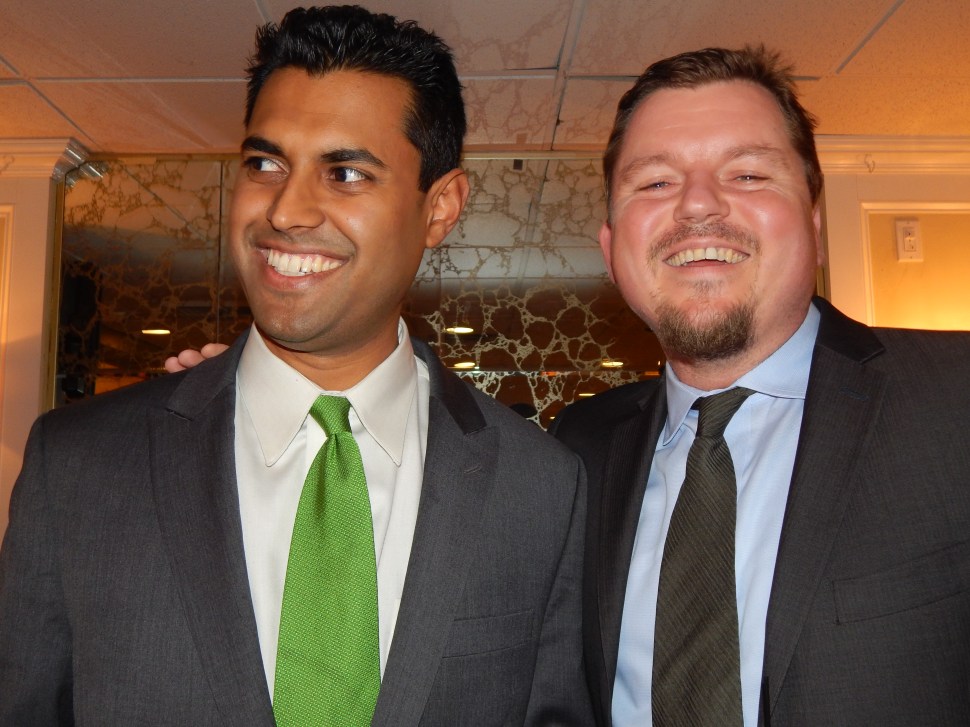 Republicans in a battleground first legislative district are challenging their Democratic opponents to a debate on the issues facing South Jersey’s economy — and are daring them to do so “without political handlers pulling their strings.”

“I don’t understand why Bob and Bruce feel the need to surrender control of their campaign, and why they tolerate being told when they can speak and when they can’t,” Assemblyman Sam Fiocchi (R-1), the Republican incumbent running with Cumberland County Freeholder Jim Sauro in LD1, said of the team’s Democratic opponents: incumbent Assmblyman Bob Andrzejczak (D-1) and his runningmate, Bruce Land. (Brush/PolitickerNJ)

NEWARK – While some observers might see the Newark public schools advisory board election as an exercise in futility because of the lack of local control stemming from the 1995 state takeover of the district, the scene outside of the headquarters of the victorious three-member slate backed by Newark Mayor Ras Baraka on Tuesday, as well as some behind-the-scenes political activity, indicated another takeover taking root. (Bonamo/PolitickerNJ)

billionaire Koch brothers have identified five GOP candidates for president they could support. Gov. Christie is not on the list. In an exclusive interview with USA TODAY, Charles Koch named the five as  Wisconsin Gov. Scott Walker, former Florida Gov. Jeb Bush and Sens. Ted Cruz of Texas, Rand Paul of Kentucky and Marco Rubio of Florida.  The five were identified as ones with the right message and a good chance of being elected. (Ingle/Asbury Park Press)

Sen. Bob Menendez may ask to have his bribery trial moved to Florida and to be tried separately from his co-defendant, a wealthy friend and donor accused of plying Menendez with nearly $1 million in contributions and gifts, the senator’s attorney told a federal judge in Newark Wednesday.

In the hot seat for the tangled and rushed purchase of a former casino in Atlantic City that he orchestrated, Stockton University President Herman Saatkamp is resigning, the school announced Wednesday.

Saatkamp, 72, is stepping down after a dozen years at the helm of Stockton, a period in which the “college in the Pines” grew in size and stature into a respected regional state university. (Alex/The Record)

More than 30 percent of every dollar spent in state government goes towards education.

“That number has been climbing from 33 percent to now 38 percent,” said Hespe at the hearing. (NJ12 News)

State Education Funding Flat for Fourth Year in a Row

Education Commissioner David Hespe acknowledged this is a difficult time for school districts.

For the fourth year in a row the budget contains essentially flat funding.

“Especially the last two to three years we have seen a lot of lead spikes in the kids,” said Dr. Vijaya Desai, a pediatrician in Jersey City and volunteer for Partnership for a Healthier Jersey City.

In the 30 years Dr. Desai has practiced pediatrics, she’s never had so many cases of high lead levels in her patients’ blood. (Vannozzi/NJTV)

The Atlantic City Council has moved ahead with its plans to develop Bader Field.

A memorandum of understanding was approved Wednesday with Bader Field Sports LLC, a Midland Park-based company that submitted one of the four Bader proposals opened by the city April 14. (Santore/Press of Atlantic City)

“She is continuing to fight battles and use rhetoric from a decade ago,” said the email letter signed by Christie political strategist Mike DuHaime. “Our nation doesn’t need leaders who live in the past or another four years of the same failed policies.” (Salant/NJ.com)

Poll: Dems line up behind Hillary, while Republicans waver on Christie

When it comes to their favored choice for the party’s nomination in 2016, Democrats in New Jersey are near-unanimous in their support for former Secretary of State Hillary Clinton. It’s Republicans who seem a little more divided. (Brush/PolitickerNJ) 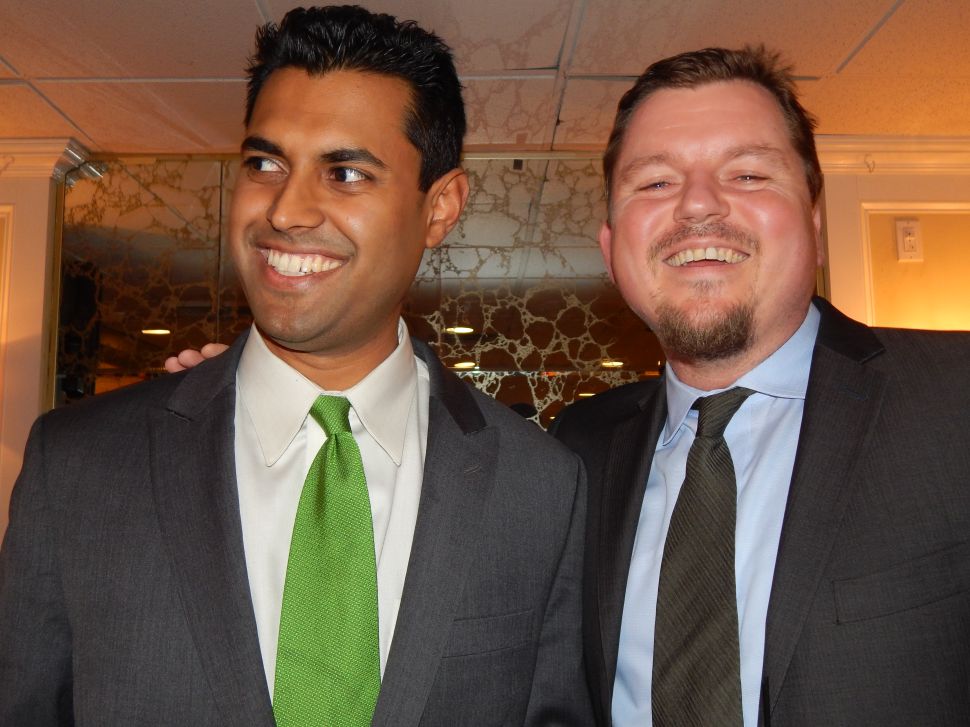