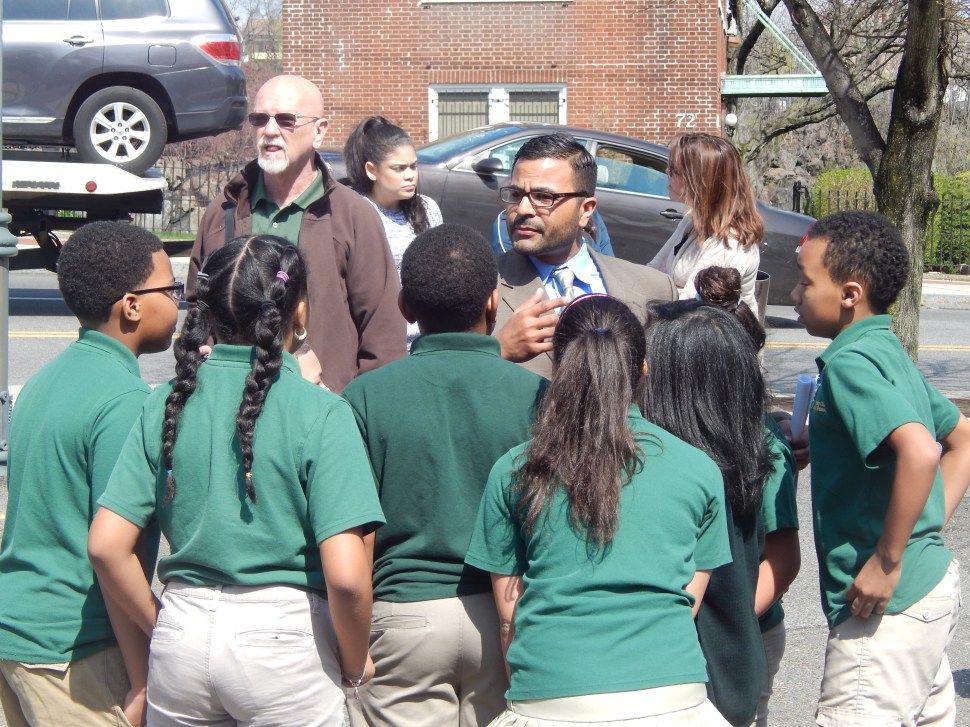 CEDAR GROVE – At his 136th town hall meeting, New Jersey Governor Chris Christie spoke about a familiar theme with an added edge: his plan to further overhaul the state’s pension and benefit system and a lawsuit focused on the controversial issue.

How Christie’s used late night TV to his political advantage

Last night, Gov. Chris Christie appeared on the Late Show alongside host Jimmy Fallon for the sixth time since taking office. Their discussion was, as are most of his talk show appearances, light on seriousness and heavy on comedic value: the two poked fun at Christie’s increasingly small girth, then proceeded to share a pint of Ben & Jerry’s Ice Cream to show he’s still not taking his weight too seriously. (Brush/PolitickerNJ)

A June fundraiser is being organized by several prominent New Jersey Republicans to support the potential 2016 presidential candidacy of former Florida Governor Jeb Bush, a Republican source has told PolitickerNJ.

As we reported last week, Gov. Christie’s rhetoric about his fiscal record in New Jersey doesn’t always match what’s in his budget. Since then, we’ve found another example of Christie’s malleable math.

On multiple occasions, the GOP governor has claimed that he put more money into public employee pensions than any prior governor – Democrat or Republican. When we noticed that the numbers didn’t support the claim, the governor’s aides had a ready explanation. (Podkul/Philly.com)

(Reuters) – New Jersey has appointed Donald Steckroth to negotiate talks between Atlantic City and the groups involved in its restructuring process, the former bankruptcy judge said on Thursday.

Steckroth, who served a 14-year term with the U.S. Bankruptcy Court in New Jersey, is currently a member of Cole Schotz as a part of its bankruptcy and corporate restructuring practice, according to the law firm’s website. (Reuters)

The state’s largest teachers union is legally challenging a plan that would transfer five of Camden’s lowest performing schools to charter networks. The NJEA filed a complaint asking the state education commissioner to rescind the plan’s approval. (Vannozzi/NJTV)

Senate Republican leader Tom Kean said the bills in the package represent the best ideas of Republicans and Democrats on the number one issue in the state — creating jobs.

“Every year it gets progressively better as we get further away from the storm,” said Realtor Michael Van Sciver.

Empty, ocean front lots that line the Jersey Shore are attracting potential homeowners craving a view of the Atlantic. (Wanko/NJTV)

Andrew Torigian’s eyes still well with tears when he tries to make sense of the long scar that streaked down his father’s back, or the burn marks that were seared into his mother’s skin.

“It’s like a wound that won’t heal,” Torigian, 91, of Paramus, said, recalling his father’s harrowing account of an Ottoman soldier’s taking a sword to his back in a failed attempt to kill him and his mother’s tale of being thrown into a roaring fire and being rescued by bystanders. (Wyrich/The Record)

When Bill Ochs was 21 and fresh out of Fairleigh Dickinson University with an electrical engineering degree in 1979, he landed a job with a local government contractor, Bendix in Teterboro. He soon found himself developing the software that would keep the Hubble Space Telescope pointed in the right direction for 25 years, providing unimaginably beautiful images of intergalactic space.

Hubble, which was intended to have a useful life of 15 years, hits the quarter-century mark today, and scientists expect its nearly 8-foot mirror to keep peering into deep space and providing spectacular sights for at least five more years. (Norman/The Record)

Gov. Chris Christie is heading up to Boston to fund-raise for his developing presidential run this afternoon — and a group of protesters are planning to meet him there.

At the event’s venue in the North End of the city where Christie plans to host donors and supporters for his leadership PAC, activists from New Jersey and Massachusetts will greet the governor to oppose his stance on the issue of paid sick leave in his home state. Massachusetts passed a law last fall requiring businesses to provide their employees with earned sick time, but Christie has said that he has “grave concerns” over implementing such a measure in New Jersey. (Brush/PolitickerNJ)

If that wasn’t already obvious, Republicans in LD2 are aiming to make it so. The Atlantic County GOP has launched a Facebook page and website targeting Democratic incumbent Assemblyman Vince Mazzeo (D-2) for not making clear his opposition to talk in Trenton about the possibility of North Jersey gaming. Dubbed “Meadowlands Mazzeo” — a reference to the spot some northern lawmakers have proposed the building of a casino — the pages slam Mazzeo for his “failure to take on the powerful special interests pushing for North Jersey” gambling halls. (Brush/PolitickerNJ) 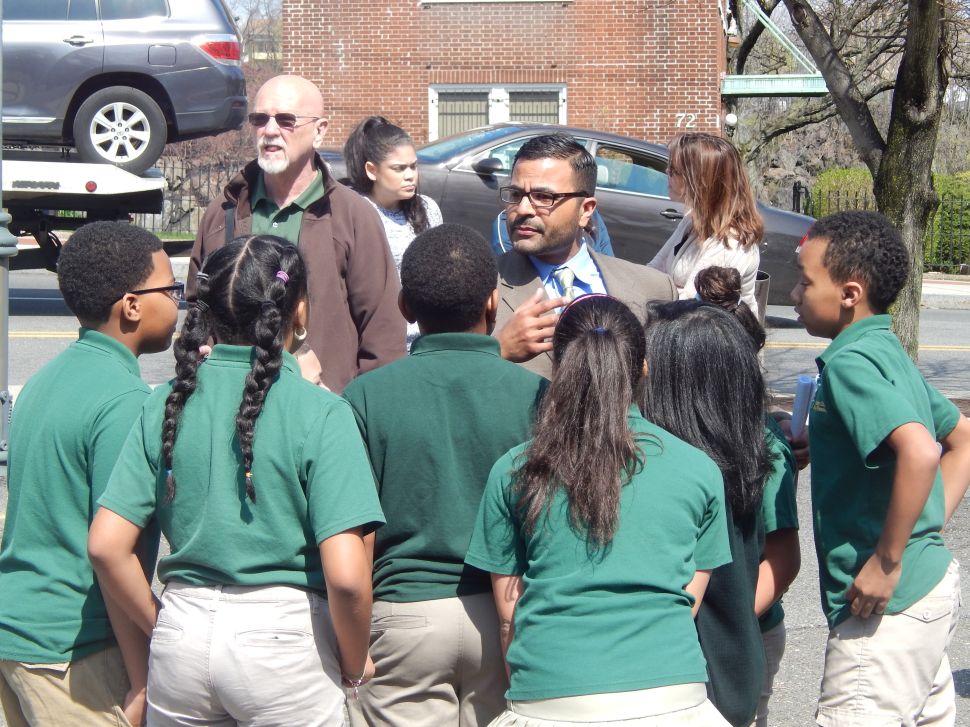