In an appearance this evening in the Newark Hilton, an embattled but defiant and self-proclaimed outraged U.S. Senator Bob Menendez (D-NJ) reacted to the 14-count indictment brought against him by the feds, the culmination of weeks of nail-biting amid rumors of New Jersey’s senior senator jammed up at the end of an ironic political life’s arc.

Menendez refused to accept that this is the end, insisting on a well-funded defense as his starting point to public vindication. (Pizarro/PolitickerNJ)

NEWARK – U.S. Senator Bob Menendez (D-N.J.) was immediately backed up bilingually as he stepped to the podium at the Newark Hilton to lash out at the 14-count federal corruption indictment filed against him on Wednesday.

“Viva Cuba Libre!” yelled a crew of Cuban anti-Communist exiles from West New York and Union City, Menendez’s Havana on the Hudson hometown, jammed in next to TV news crews in the packed room. (Bonamo/PolitickerNJ)

From a 2016 perspective, U.S. Senator Menendez (D-N.J.) wounded boomerangs beyond the boundaries of New Jersey politics and onto Hillary Clinton and her presidential prospects. (Pizarro/PolitickerNJ)

“This is another sad chapter for New Jersey and America,” said Kyrillos. And, after reading the indictment, it’s very interesting to see how money found its way into New Jersey for the 2012 campaign. Senator Menendez needs to think long and hard about whether he can be an effective Senator while simultaneously fighting serious federal charges.” (Pizarro/PolitickerNJ)

“I talk to people on the streets, and they’re saying the same thing – they’re taking our superhero away,” said West New York Mayor Felix Roque on Wednesday after the news broke. “It’s sad, but this isn’t over.” (Bonamo/PolitickerNJ)

A spokesman for U.S. Senator Bob Menendez (D-NJ) says the federal indictment that dropped today was another leak from the Department of Justice, and that neither the senator nor his attorneys had received a copy before it was first reported.

Menendez was charged moments ago in a two-year federal corruption case concerning his relationship with Florida eye doctor and personal friend Salomon Melgen. He faces conspiracy to commit bribery and wire fraud, and is accused of improperly advocating for the business interests of Melgen, including by intervening on the doctor’s behalf in a medical billing dispute. (Brush/PolitickerNJ)

An Evening at Rebovich: Could Fulop put aside the BlackBerry?

RIDER UNIVERSITY -He put aside all April Fools jokes, but the big question coming in to the Rebovich Institute for New Jersey Politics was whether Jersey City Mayor Steven Fulop could put aside his BlackBerry long enough to personally interact with young people. (Swain/PolitickerNJ)

“I’ve had the opportunity to see first-hand the benefits of the work Bob Menendez has done on behalf of all New Jerseyans,” DiVIncenzo said in a statement. “Whether it was his work to pass legislation to help families or to provide funding to ease the strain on municipal and county budgets, he’s always fought for us.” (Pizarro/PolitickerNJ)

“I’ll express the same sentiments that I conveyed when we learned of a suspicious leak that started this conversation – anyone who makes an assumption that discounts Bob Menendez is underestimating the Senator, as he has proven to be a remarkable fighter on behalf of the residents of New Jersey, tackling international policy issues,” said Fulop. (Pizarro/PolitickerNJ)

What would Bill Musto do?

On the day after a federal court sentenced Bill Musto and The Jersey Journal ran a front page, bold headline story detailing his fate, voters reinstalled the mayor by a wide margin over his challenger, Bob Menendez.

“This is the real jury,” the defiant mayor (pictured at right in a New York Times file photo) proclaimed to a crowd before heading off to do three years in a federal penitentiary. (Pizarrro/PolitickerNJ)

What would Bill Musto do? | New Jersey News, Politics, Opinion, and Analysis

BOCA RATON, Fla.—New Jersey Governor Chris Christie built his political brand around telling the tough truths—be they about teacher-­pension overruns, budget deficits or rebuilding hurricane-battered towns. And he is banking on that reputation to vault him from the statehouse to the White House. “We want folks as our nominee who are going to tell the truth,” he told a March gathering of top Republican Party donors at a waterside Boca Raton resort. (Miller/TIME)

New Jersey Senator Robert Menendez’s indictment on Wednesday means he could be the first U.S. senator convicted of corruption charges since, well, another New Jersey senator a generation ago.

When Garden State Senator Harrison “Pete” Williams, Jr. was convicted in 1981 on nine counts of bribery for his role in the ABSCAM scandal—a gonzo sting operation that had phony sheiks passing cash to members of Congress while the FBI listened in—he had been serving in the U.S. Senate since 1959 and was a lock to be a senator for life. It was no minor scandal, nor was it a minor scheme. “I’ve got larceny in my blood,” said one of Williams’ conspirators. (Smith and Murphy)

In its rich history of public corruption, New Jersey has had scores of mayors, council members, freeholders and state legislators charged with crimes.

It has even had a handful of congressmen who have been indicted while serving on Capitol Hill.

But until Wednesday, only one U.S. Senator from New Jersey — Harrison “Pete” Williams — had ever faced criminal prosecution. (Fallon/The Record)

The Atlantic City Planning Board on Wednesday approved a redevelopment plan that could help Stockton University locate its Island Campus at the former Showboat Casino. (D’Amico/Press of Atlantic City)

Facing a federal indictment on corruption charges, U.S. Senator Bob Menendez (D-NJ) will temporarily step down as the ranking member of the Senate Foreign Relations Committee, according to a report on CNN. (Pizarro/PolitickerNJ)

Read the feds’ indictment against Menendez

Menendez, a U.S. Senator, and Salomon Melgen, a Florida ophthalmologist, were indicted today in connection with a bribery scheme in which Menendez allegedly accepted gifts from Melgen in exchange for using the power of his Senate office to benefit Melgen’s financial and personal interests, announced Assistant Attorney General Leslie R. Caldwell of the Justice Department’s Criminal Division and Special Agent in Charge Richard M. Frankel of the FBI’s Newark, New Jersey, Division. (PolitickerNJ)

Those dreaming of a Hudson Democratic Primary: forget it. (Pizarro/PolitickerNJ) 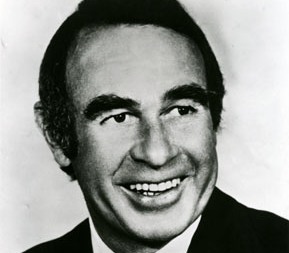