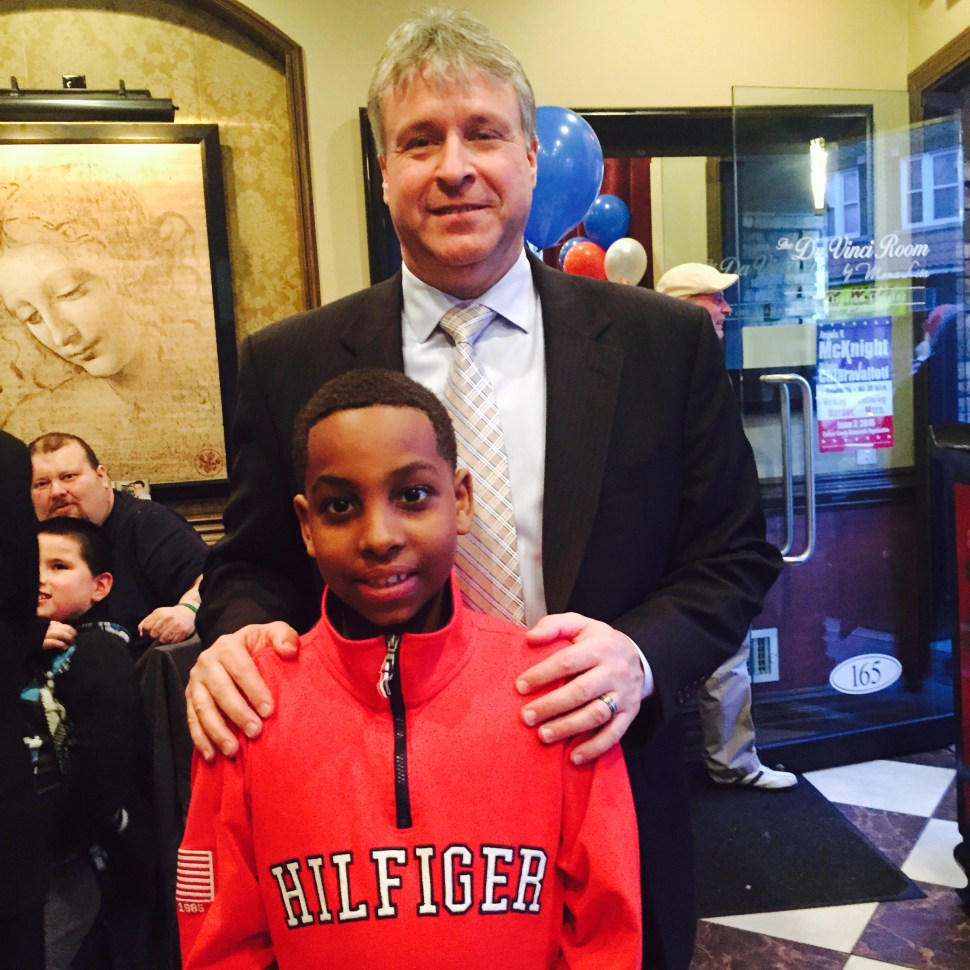 In his attempt to slip the surly bonds of Jersey with a presidential run, Gov. Chris Christie continues to nosedive into the swamp of statewide public opinion, according to this morning’s Rutgers-Eagleton Poll. Fifty-four percent of New Jersey registered voters disapprove of the overall job Christie is doing as governor, while 41 percent approve – his highest job disapproval to date. (Pizarro/PolitickerNJ)

Probably the most relevant picture New Jersey’s political history has to offer, when it comes to scrutinizing about the recent 14-count indictment of U.S. Senator Bob Menendez (D-NJ), is one involving the man himself. It’s the image of the then-20-something-year-old city hall aide brandishing a bullet proof vest as he testified in a federal corruption trial against his mentor and former Union City Mayor Bill Musto. And it’s relevant because it conjures up the idea of a man trying to avoid annihilation — in this case physical annihilation — as he ventured to absolve himself of involvement in a scandal that resulted in at least one political casualty (it was Musto’s). (Brush/PolitickerNJ)

PARAMUS – Paramus Mayor Richard LaBarbiera, a Democrat, expressed interest in running for the Fifth Congressional District seat in 2016, saying that he feels his record makes him a real candidate.

“I think I’m interested,” LaBarbiera, 48, a civil engineer, told PolitickerNJ on Wednesday. “I can’t remember the last time that this district has had an elected official run for that position, which I think is important. We’re in touch with what the needs of the people are, and we also have a tremendous amount of experience.” (Bonamo/PolitickerNJ)

NEWARK – U.S. Senator Bob Menendez (D-N.J.) issued a statement on Wednesday following multiple press reports that the U.S. State Department is closing in on a decision to recommend the removal of Cuba from the State Sponsors of Terrorism list.

“A recommendation to remove Cuba from the list of State Sponsors of Terrorism would represent another significant misstep in a misguided policy, and it is both discouraging and alarming to read about unwarranted pressure from the White House to rush the State Department’s review process,” said Menendez. “As the Castro regime continues to provide sanctuary to Joanne Chesimard, who is on the FBI’s list of Most Wanted Terrorists for murdering a New Jersey State Trooper, the Obama Administration is ceding critical leverage in our efforts to bring a brazen criminal to justice. This decision would also ignore the fact that Cuba is harboring dozens of American fugitives – including cop killers, plane hijackers, bomb makers, and arms traffickers – and Basque terrorists wanted by the Government of Spain. (Bonamo/PolitickerNJ)

New Jersey Gov. Chris Christie will be one of the featured speakers at a national conference on business and diplomatic ties within the Americas later this month, offering the potential 2016 presidential candidate another chance to brandish his foreign policy credentials.

The annual Washington Conference on the Americas will be held in Washington, D.C.  on April 21, and is co-sponsored by the U.S. Department of State and the Americas Society/Council of the Americas. (Haddon/Wall Street Journal)

JERSEY CITY – In a radio interview on Wednesday, Jersey City Mayor Steve Fulop appeared to step back from a future political option that made him stand up last week: a potential 2017 run for the Democratic gubernatorial nomination.

During an interview on WNYC’s The Brian Lehrer Show this morning, talk turned to what Fulop would do if he was governor. Fulop was surprised last week when Virginia Governor Terry McAuliffe, appearing at the New Jersey Democratic State Committee’s annual Jefferson Jackson Dinner, asked everybody who told him on the photo op line that they were running for governor to stand up. (Bonamo/PolitickerNJ)

Chris Christie and the Lane Closings: A Spectator ’s Guide

A lane of traffic may run straight, but the lines connecting the players in the George Washington Bridge lane closing scandal are more of a Spaghetti Junction.

The closings in September 2013 led to questions about the hardball culture of Gov. Chris Christie’s staff as he sought to turn a re-election victory into an argument that he was the Republican Party’s best hope for president in 2016. (Marsh and Zernike/New York Times)

Manhattan prosecutors are seeking records in connection with the Port Authority of New York and New Jersey’s deal to operate the observation deck at One World Trade Center.

In disclosures to bond investors Tuesday, the authority acknowledged New York City prosecutors are investigating the award of the observation deck’s lease to Legends’ Hospitality. (Dawsey and Tangel/Wall Street Journal)

With Tax Day near, NJ residents get more reminders of high taxes

With Tax Day fast approaching, New Jersey taxpayers need little reminder of their dubious position with respect to tax payments to the government.

Another survey, however, makes that bad news hard to miss.

New Jersey has the highest property taxes in the nation, according to WalletHub, a web-based rating company. While the average household in the United States pays $2,089 in property taxes annually, the figure is $3,971 in New Jersey, placing us 51st among the states and Washington, D.C. (Serrano/Asbury Park Press)

TRENTON, N.J. — Most veterans in New Jersey have escaped the epic waits for treatment that characterize some Veterans Affairs hospitals and clinics elsewhere in the country, but one small outpatient center in Vineland has been losing the fight to deliver care promptly.

Nearly 1 in 16 medical appointments at the VA clinic in Vineland involved a wait of a month or more in the six month period that ended in February, according to government data reviewed by The Associated Press.

That’s twice as bad as the national average, and places the clinic among the VA sites with the highest percentage of patients having to wait a month or more. (Catalini/Sun Herald)

Union Beach to Get $202M in Flood Resiliency Money

Today Gov. Chris Christie returned here and brought with him the announcement of $202 million in flood resiliency money to protect the town against future storms.

“Projects will involve the construction of levees, flood walls, tidal gates, pump stations, all throughout Union Beach. In addition the beaches, dunes and jetties will be designed and rebuilt to slow the loss of sand from beaches and more than 25 acres of wetlands that had been degraded will be restored in order to better absorb flood waters in the future,” Christie said. (Aron/NJTV)

“We migrated on false visas and ended up over-staying those visas,” said Deya Aldana.

Aldana barely recalls arriving here in New Jersey as a toddler from Mexico. The 20-year-old honor student anticipates graduating in May with a two-year associate’s degree from Essex County College. But her dreams exceed her bank account.

“It’s been really hard. I was a top student in high school – I graduated top 20 of my class. I faced a lot of opposition. Some universities straight out told me, ‘We don’t give them anything because after all they’re not supposed to be here,’” Aldana explained. (Flanagan/NJTV)

The world got a glimpse of the new LD31 team tonight in Mona Lisa Pizzeria Ristorante in Bayonne for a free meet and greet.

Christie at St. Anselm’s College in NH on Tuesday

Next Tuesday, Governor Chris Christie will speak at St. Anselm College’s New Hampshire Institute of Politics to lay out a detailed proposal to address our long-term entitlements crisis.

This event is part of Christie’s travel on behalf of Leadership Matters for America PAC. (PolitickerNJ)

The witty, urbane and independent-minded Republican received an appropriately detail-oriented remembrance in the New Jersey Herald this week.

Indictments may be near in George Washington Bridge scandal

It has been falsely predicted many times in the last year, but now it seems to be true: The federal investigation into the lane closings at the George Washington Bridge appears to be coming to a head, with an announcement of indictments as early as next week. (Zernike/The New York Times)

Sens. Schumer and Durbin at odds over Democratic leadership position

So much for a neat, orderly succession. (Sullivan/The Washington Post)

Jeb Bush has given his tacit endorsement to a new group that can collect unlimited amounts of money in secret, part of a bold effort by his advisers to create a robust external political operation before he declares his expected White House bid. (O’Keefe, Gold/The Washington Post) 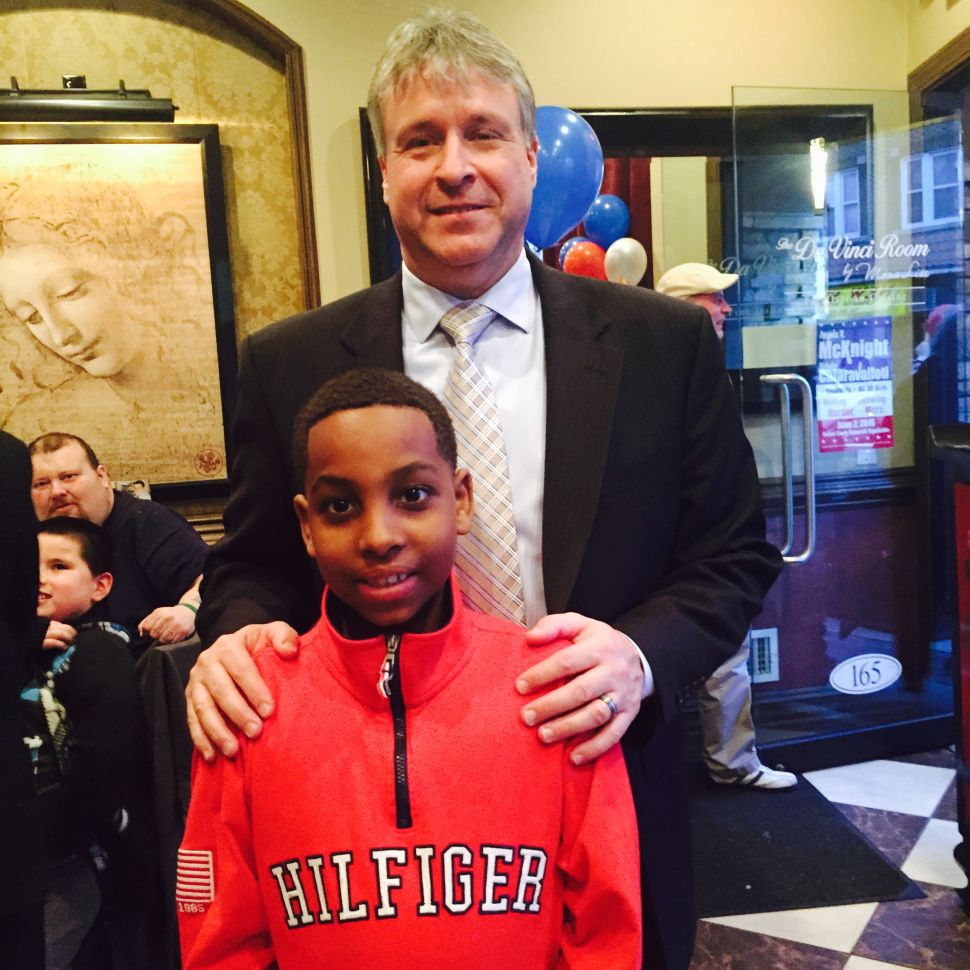