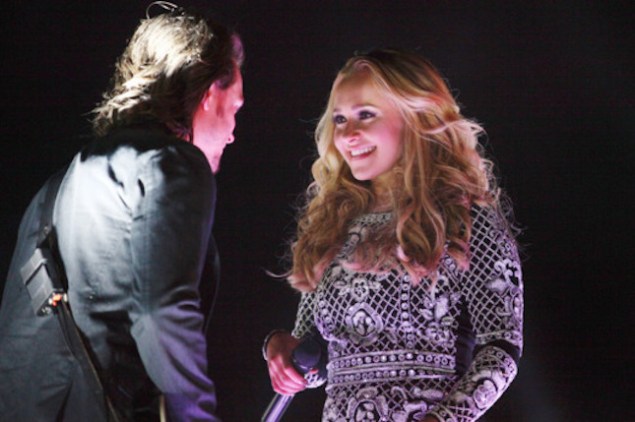 Based on the clips featured during “previously on Nashville” , I knew that last week’s shivers of Nashville joy would not be returning tonight. This week was going to revolve around Micah, Beverly and Teddy’s hooker scandal. Yuck, yuck and yuck.

X-tina is still on the scene too and she is sporting some out-of-control lip liner, throwing green screen beach parties and pretending that she still has a crush on Luke. I don’t believe any of this can possibly be real. Except for that god awful lip liner, which someone needs to put out of its misery. Two weeks ago we were introduced to X-tina as Jade St. John with a powerhouse arena show. That was great, but everything since then (with the exception of Juliette sizing her down) has been so, so bad. Can this arc end already? And can Sadie please just come back now or, is she dead to us forever? Sadie’s flirtation with Luke was so real and hot and dangerous. But Luke and X-tina? It’s an insanely bad joke. I think Colt said it best when he quipped post make-out gate, “Maddie wasn’t a mistake, but I’m guessing Jade was?” OH, Colt! You’ve come so far from a “listen to my sick beats” celebrity kid, weirdo into a sweet, moppy haired, lacrosse playing, perfect first bf for Maddie. And of course you two didn’t have sex yet, but the awkward moment where Deacon thought you did- that was pretty great.

So, Juliette is now where Rayna was in the pilot. She used to be a big thing but now promoters are worried she can’t sell out an arena. In classic, old school Juliette fashion she demands Glenn find her a helicopter to showcase her impromptu “i’m back bitches” rooftop performance. Way to go, J. But, in “are you fucking kidding me with this?” Juliette fashion, she and Avery still don’t have a nanny, which forces poor Emily to miss the show and babysit. #1 – that is not Emily’s job. As Juliette’s assistant, you’d think that she would be more useful at her huge, secret concert. #2 – Apparently next week, Juliette, like, stops feeding and changing the baby or something. I guess she like almost kills their daughter and possibly it ends her and Avery’s marriage. Hey A, in case you didn’t get the memo – all celebrities have nannies! And your daughter would be much better served if you put someone on staff (like J suggested) whose full-time job it was to take care of her needs. I’m not saying it’s right for Juliette to neglect her kin, but it’s also not right for Avery to let Cadence suffer as some kind of “told ya so” revenge plan to get back at J, or, to call her out on being a bad mom or something. Sure, she may not be a good mom, but in that case, the need for a nanny is even realer and Avery should be hip to that by now.

Not one to pinch her pennies, Rayna takes a private jet to harass Beverly into giving her brother, Deacon, a liver. We have some sweet air-brushed flashback scenes (love those!) that show us Bev and Deac used to be a Scarlett/Gunnar-esque singing duo (but without the sexual tension, obvs). They had big dreams of making it on the Country scene til Rayna swooped in (fresh off her tricked out tour bus, not quite at private jet levels in the 80’s) and stole Deacon away from Bev to be her side man / lover.

Present day, Ray shows up at Bev’s diner, where Bev wears a Halloween-style “poor waitress” costume. Ray wants Bev’s liver and she wants it bad, but Bev’s not biting, especially not for this bitch. Later, Ray shows up again at a small whiskey joint where Bev’s playing a set that’s not too shabby. In real life, Dana Wheeler-Nicholson’s voice is much better than Connie Britton’s, this helps us a lot plotwise as I can see why Bev is so bitter that she’s still slinging sausages while Ray’s selling out arenas and chartering private planes. I was glad to see that Bev’s still at it though, even if she is singing to half-empty rooms. The patrons who were there seem to be enjoying it. She’s still got an alcoholic’s mentality that the world is out to get her, and I’m sure Deacon was right on some level – she might have made it farther than she did were she to have said yes to singing in Rayna’s band. But, she didn’t, she stuck to her guns, and though her thinking may have come out of anger and hurt her in the long run, I can’t say I really blame her for it. Nor can I blame her for telling Rayna where she can shove it.

Just when I’m ready to write Nashville off (again) for giving me an episode full of eye rolls (Kiley was raped by Jason? Really, Nashville. Really?), They bring it back home with an interesting angle on Beverley or that great scene between Gunnar and Scarlett where Scarlett calls Kiley out on her shit and Gunnar, in turn, accuses Scarlett of being a social climber. Class is not something a lot of shows tackle and Nashville pursues it pretty effectively. I’m often surprised by how moving they can make some of these character dichotomies and how where a character came from affects their decision making in the present. We saw this from the get go between Juliette as the lower-class county fair hustler vs. Rayna as the princess in a tower. Rayna (obviously) uses money as her final hand in a war against Beverly, trying to literally buy her liver. And Scarlett is exactly right when she tells Gunnar that there’s nothing wrong with wanting something more than where they came from.

I started this recap thinking last night’s ep was kind of shitty, but in writing about it here, I guess I was wrong. There were some missteps, sure,  but all-in-all, I think they are finishing out the season (and hopefully not the series) pretty strong. 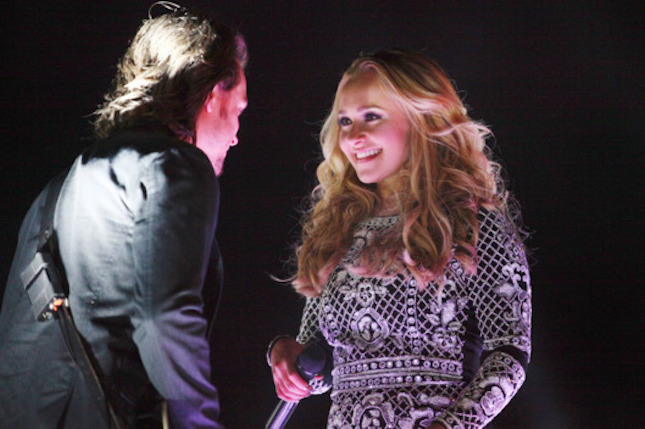