Remember a couple weeks ago when Juliette was radiating soothing earth mother vibes in her matching pajamas and we all thought, ‘damn, she is so BEAUTIFUL and SERENE? Being a mom might really agree with her?’ Well, that dream is dead because in this episode, I really thought the twist might be that Juliette was going to suffocate her baby Cadence with a pillow. Maybe it’s because Game of Thrones has started back up, and thus, I am prepared for every character’s imminent death – but I don’t think so. The potential for murder was pretty well teed up based on that close up of Juliette staring into the crib with eyes full of hate. At first, I was a lil taken aback. I so wanted J to be mom of the year. However, it’s true that not all women take to motherhood and it’s kind of an interesting choice for Juliette to resent her baby. After Avery refuses to let Juliette go to the ball, she does what she should have done from the get go and hires a nanny. I don’t think this is as controversial or as wrong as Avery wants to make it. I think what’s actually the unbelievable part of this plotline is that these two didn’t hire a nanny and a night nurse from day one. Juliette is a CELEBRITY for god’s sake. There’s no reason for Avery to quit the band, but there’s also no reason for Juliette not to record a new song for a movie in which she is the star. Everyone needs to calm the f down, and stop pretending like hiring a nanny is some sort of failure on Juliette’s part. Most families, who can afford nannies, hire them, at least part-time. Avery needs to accept the woman he married is basically a dowager who will play with baby Cadence for an hour a day and leave the rest up to staffers. You know what? This will probably make them all, including the baby, happiest in the long run. No baby wants a mom who’s so stressed, miserable and outside herself that she considers suffocating them in their sleep.

Gunnar got like, real rapey this week when he and Will were talking about their not-so-secret crushes. (Gunnar: Scarlett, Will: his songwriting partner whose name I always forget). Will is kicking rocks because his album is finished and now he has no reason to keep seeing the only other gay man in Nashville. Gunnar’s like, “that sucks” but he doesn’t really care about whatever Will is going through since he’s just so happy that (direct quote): “I’m in a band with Scarlett so she has to spend time with me!” Creepy, Gunnar. CREEPY.

Gunnar and Scarlett’s performance went viral, obvs, because it was amazing. And now they both can’t stop watching the youtube clips. Scarlett’s doctor is starting to figure out he should probably be worried about her creepy bandmate. But to prove to everyone that he’s no threat whatsoever, Gunnar wears an angled hat to his band gig / bartending job. The doctor immediately stop being worried and jealous.

Just so everybody remembers that Jeff Fordham is a freelance manager now, he’s bought a large collection of hoodies to wear around town under loose fitting blazers. Also, apparently he used to be engaged to Christina Aguilera, who wanted to be a Country star before Jeff convinced her to go pop. I thought she wanted us to think she wanted us to think she was sups Latina. This girl wears a lot of genre hats. As much as I dislike Layla, she did a bang-up job opening for X-tina Jade St. John, and I liked her outfit too. I was wondering how she learned to play the guitar so quickly, but whatevs, I guess it’s Nashville magic.

Oh, and Teddy’s hooker was wearing a wire. So what could have been a slightly embarrassing sex scandal is now a felony. Sorry Ted Man, you’re going down.

Are Glenn and Emily dating? They are always showing up at Juliette’s house at the same time.

Maddie’s angst is the most realistic depiction of an annoying teenager I have ever seen on television.

Aw, guys! That was a nice moment between Luke and Colt after lacrosse practice. Luke is a good dad! Except that his other child seems to have disappeared a la the middle sister from Family Matters.

I’m gonna take the awkward, nerd-by-the-lockers way Will asked that songwriter to go to the concert with him as the closest he will ever get to officially coming out of the closet. Dude needs some GAME. Possible HITCH premise here? 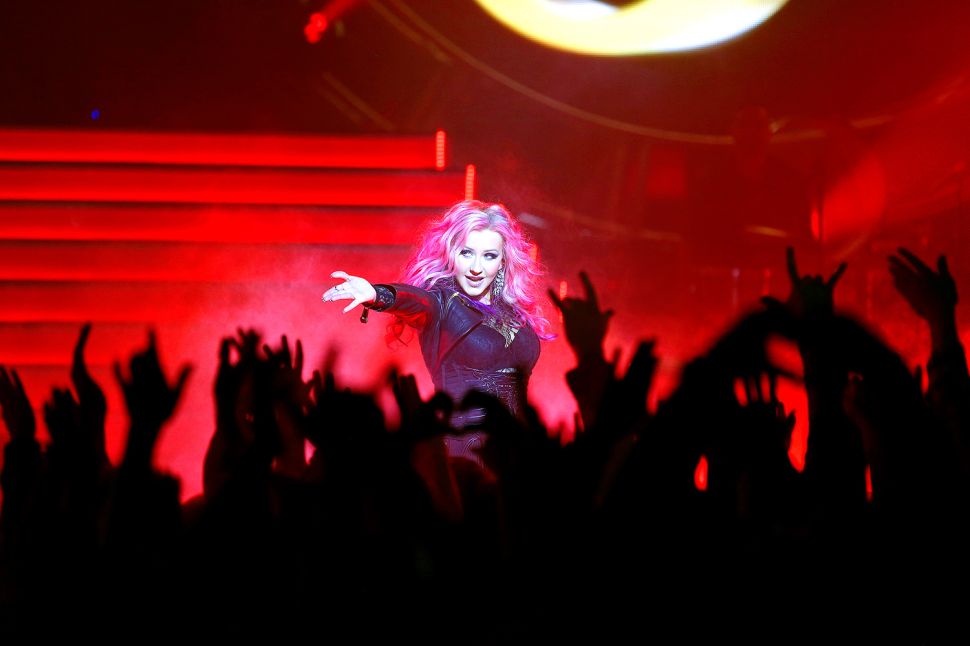