Like any good millennial, I spend most of my nights curled up in bed with my Macbook, relaxing with a bottle of wine and watching my favorite shows on Netflix. Netflix is great. It’s given us hilarious feminist comedies like Kimmy Schmidt and Orange is the New Black. It’s resurrected Arrested Development, a show that we all loved from our childhoods, and I’ve heard that House of Cards is good if you like political stuff. Recently, though, Netflix has betrayed us. I sat down and watched a new series recently that my sacred streaming service dared to recommend to me based on my interests in Captain America and Aziz Ansari. Netflix’s newest series can only be described with one word… problematic. The show is called M*A*S*H, and while I was intrigued by it’s title’s use of pre-iPhone emojis, the racist and sexist “bro” humor contained within the show’s dialog made me feel 😿🔫.

M*A*S*H starts off on a title frame reading “Korea 1950, 100 Years Ago” which i guess is supposed to be some sort of Star Wars type thing? Then we see some people lounging around the island as well as a man with a deformed hand throwing a football around. Then this cool Neon Indian esque sad song starts playing and some helicopters show up. I can’t tell if the song is electronic or if it’s just someone going “doo doo doo doo doo doo” with their mouth. Either way, I love it. The opening credits roll in this great yellow stencil font like something you would see next to a Banksy or at American Apparel in 2012 while the helicopters land and everyone rushes wounded soldiers to the medical tent. As someone who’s had to go to the medical tent 3 times after parachuting molly at Fun Fun Fun Fest, I know what that’s like, so by this point I was emotionally invested in the show.

But then M*A*S*H takes a turn. What starts off as a gripping medical drama turns into a salacious boy’s club of misogynistic remarks and down-punching bro humor. One of our supposed protagonists John “Trapper” McIntyre remarks that a female colleague of his, the hilarious and confident Margaret Houlihan, once came to him with a sore throat and he examined her tonsils. What he says next will disgust you. He quips “she didn’t understand why she had to take her clothes off.” Are we supposed to think that this is acceptable humor from a show about our military, in which sore throats a very real issue? I once had a sore throat a bonnaroo, and even as a 200 pound male feminist, I felt vulnerable. Think about that, next time you write your jokes, Netflix. Our two white male doctors then proceed to lounge about their tent, drinking martinis and talking about cheating on their wives. They’re not even good looking, like the actors in Mad Men, for whom I’ve decided it’s kind of alright to talk that way. They finish the scene by calling an African American soldier “Spearchucker.” Completely deplorable.

A plot forms when Hawkeye receives a letter from his alma mater informing him that his young Korean boy companion Ho-Jon has been accepted for enrollment. Hawkeye calculates that it will take 2000 dollars to send Ho-Jon to the states and to pay tuition, so he plans to throw a party complete with a raffle. The prize of this raffle? A date with perfectly strong and capable nurse, who is being valued here only for her appearances. Hawkeye explains his plans to seduce the nurse over a disturbing montage of him attacking her agency by arising out of various piles of laundry and hiding himself behind books in the library. Really Netflix? Is this what you’re contributing to the cultural conversation?

“She’s putty in the hands of master” – Hawkeye

The duo continue to plan the party with the permission of Colonel Henry Blake until a right wing fundamentalist named Frank Burns tries to shut them down for being too wild. This part made me laugh because it reminded me of shows from the 90’s, like Saved By The Bell, which I LOVE because it’s so old and everything looks so 90’s. Henry Blake decides to forbid the party but a gamer named Radar tricks him into signing off on it anyway. Then things get truly sickening. Hawkeye and Trapper literally roofie Frank Burns in order to keep him from crashing their little frat party. The rest of the episode boils down to the two leads lording their white male privilege around while throwing a sexist party to raise money for a poor boy whore to go to an college that probably doesn’t even have women’s studies yet because this is all happening in the 1950’s.

“I peeked at the end, Frank. The Devil did it.” – Trapper

::SPOILER ALERT:: (If you haven’t seen this week’s episode yet you may not want to read any further as the ending may surprise you!)

As the episode rounds out, we do see some social justice as Major Margaret Houlihan, who I’ve dubbed the REAL protagonist of the show, uses her empowered sexuality to seduce a high ranking officer, General Hammond, into returning to camp and crashing the boys’ party. He does so just as the drugged Frank Burns awakens and Hawkeye fixes the raffle in the favor or Father Mulcahy. Hawkeye announces they’ve raised 1800 dollars just as the party is shut down and he and Trapper are to be arrested. Their arrest is interrupted by more choppers with more casualties and then everyone has to perform drunk surgery, like that time I played Operation with Danny Brown at Coachella.

The pilot ends with Trapper and Hawkeye voluntarily handcuffing themselves and pleading to be arrested while General Hammond insists that they should stay here at M*A*S*H because they’re so good at Patch Adams-ing people. Watching the boys plead for their own arrest was the only moment during this show that gave me any hope that M*A*S*H may turn out to have some real depth, like Californication, or Nip Tuck. As the camera pans outward into the sky over the two doctors raising their cuffed hands, for a moment I asked myself “is it possible that they feel some twinge of guilt for being bros? Can they, will they, check their privilege?” 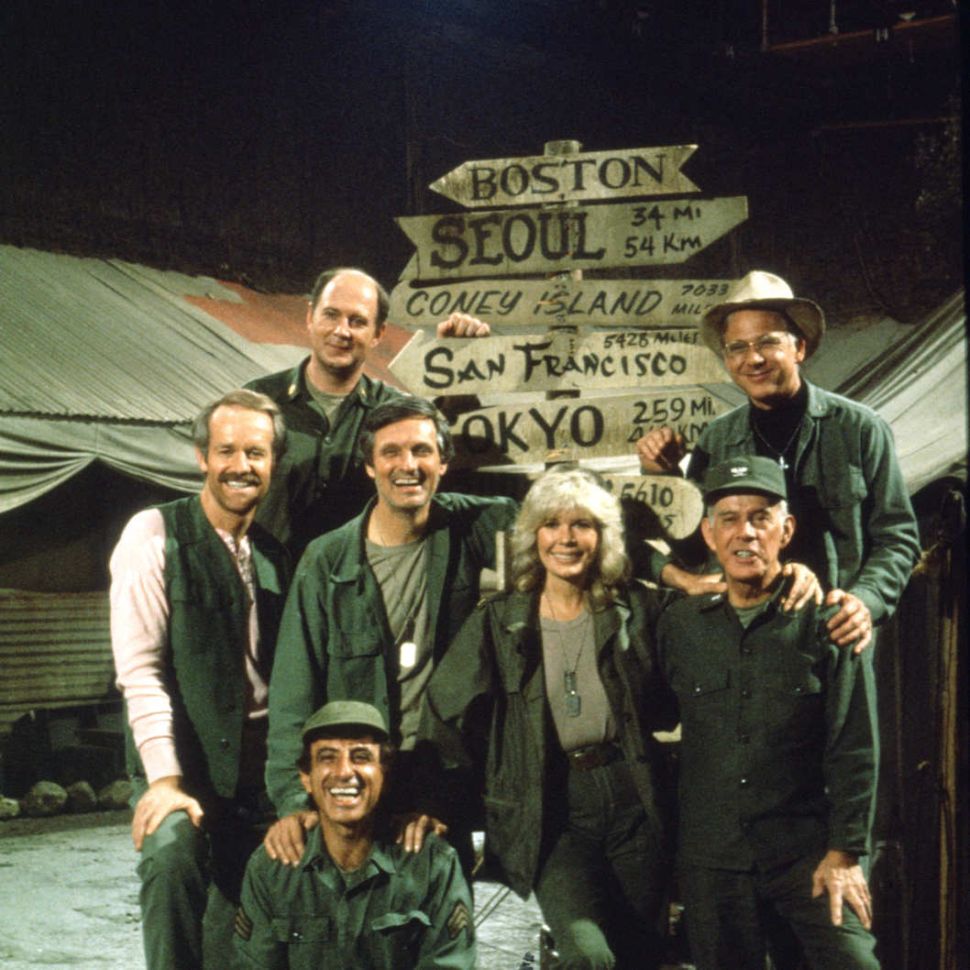