When I was young, and passionate about all things, I’d take great joy in arguing loudly at parties or poker games, often and about everything. Living in New York City, I was the token conservative for so many people that it was easy to find disagreement. People would save up what they’d been planning to say to me. They’d spot me at parties and hustle across the room to debate me. As recently as a month ago a friend told me he had been waiting to get my opinion of something stupid Sarah Palin said in Iowa. Sarah Palin! The world is on fire, our president is on a permanent break from history, and they still can’t get enough of the Sarah Palin.

It was easier for me to be conservative in NYC than it might be for others since my community, Soviet-born Jews, tends to lean right, but it was still wasn’t easy. People who barely knew me were downright hateful to me. I never hid who I was, even when it was difficult or uncomfortable. I was confident in my beliefs, unafraid to be open about them when engaged. If someone didn’t want to be friends with me because I believe in lower taxes or a strong foreign policy, that was their bad.

In the last year, my pride at being a Jewish conservative has been at an all-time high. Last summer, when Israel and Gaza flared up, I watched liberal Jewish friends lose their bearings. Who were they? Who were their friends? I’d watch them get into arguments and see their surprise that their friends thought Israel should just accept a few rockets and kidnapped teenagers. The confusion often turned to despair. They couldn’t believe they had to explain again and again why it was imperative for Israel to defend itself, why the discovery of the tunnels was a huge deal, why the barrage of rockets mattered. They were sad and I truly was sad for them.

Me? I watched my conservative non-Jewish friends change their Twitter avatar and Facebook profile pictures to Israeli flags. Their defense of Israel was more robust than even mine. They stood with Israel, they were unwavering. They made a horrible, scary time better. As the world turned on Israel, they let me know they’d never abandon Israel or Jews like me. There was no moral equivalency. They had my back forever.

At this year’s Conservative Political Action Conference, there were no bigger applause lines than when Israel was mentioned. The level of comfort I feel among my political allies is likely equal to the discomfort my liberal Jewish friends feel among theirs.

On Tablet magazine’s website, Taffy Brodesser-Akner, writes “It is not OK to be openly pro-Israel anymore, and I know why. My DM boxes on Twitter and Facebook are filled with people like me—liberals, culture reporters, economics reporters—baffled and sad at the way the cause of Jews avoiding another attempt at our genocide has gone from a liberal one to a capital-c Conservative one.”

Much as I love that I exist on the right side of this, it’s a tragedy that the “cause of the Jews” should be limited to a political side. I have no friends on the conservative side who don’t think of the “cause of the Palestinians” and want the best for them too. Yes, they abhor their leadership and their methods, but they don’t shrug their shoulders at their death toll, they wish for peace for both sides, they hope for amicable solutions.

It’s an even bigger tragedy that American Jews are choosing not to be openly pro-Israel and to keep their support quiet. This is a travesty, a shonda. Ms. Brodesser-Akner knows this. She calls it “a nightmare of self-loathing.” She calls it “our birthright.” She writes “We do not speak up now. We didn’t speak up then. We might have to look ourselves in the mirror and say, yes, we stand idly by, and we would have as our relatives were being sent off to the gas chambers back then.”

This we is not me. I know that I am among the luckiest Jews in history and I will never be quiet in Israel’s defense. If you are of this “we,” now is the time to change. It’s powerful to bring up the Holocaust, it is our lowest point as a people, but there is much in Jewish history to tell you to be brave, to stand up for your own people. Esther, Moses, the Jews of 1973 Israel who fought off everyone to survive, look to your history for the strength.

If you’re an American Jew, you’re not actually on the front-lines of this fight. You’re not in Israel, conscripting your children to the IDF. You’re not in Europe fearing for your physical safety. You’re in the same place as a conservative at a NYC cocktail party. No one will kill you for your opinion. You don’t owe anyone your silence to make them more comfortable.Your words are literally the least you can do. You must be braver, you must speak up. The worst that will happen is you will lose an acquaintance or a bad friend. If not now, when? If not you, who? 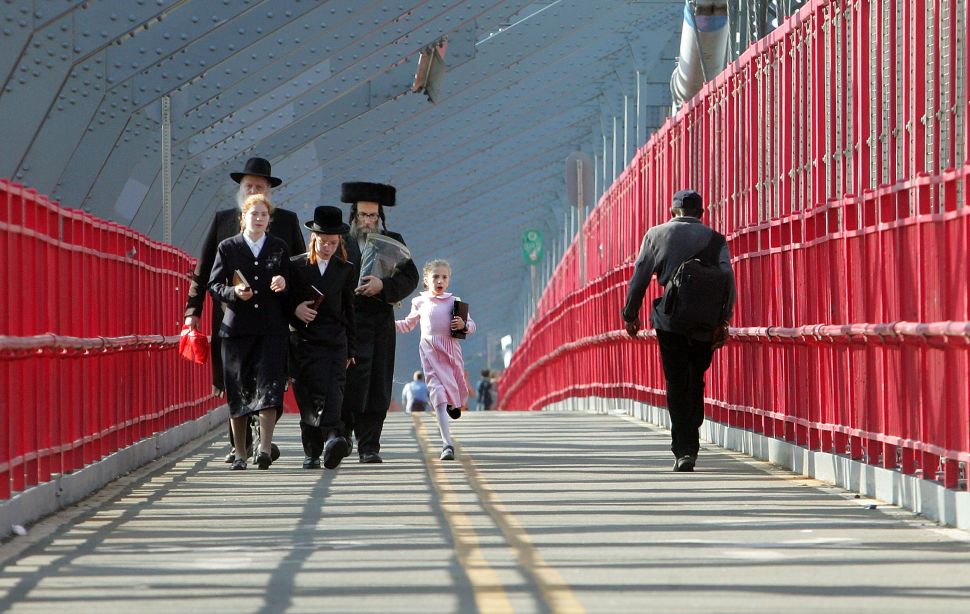